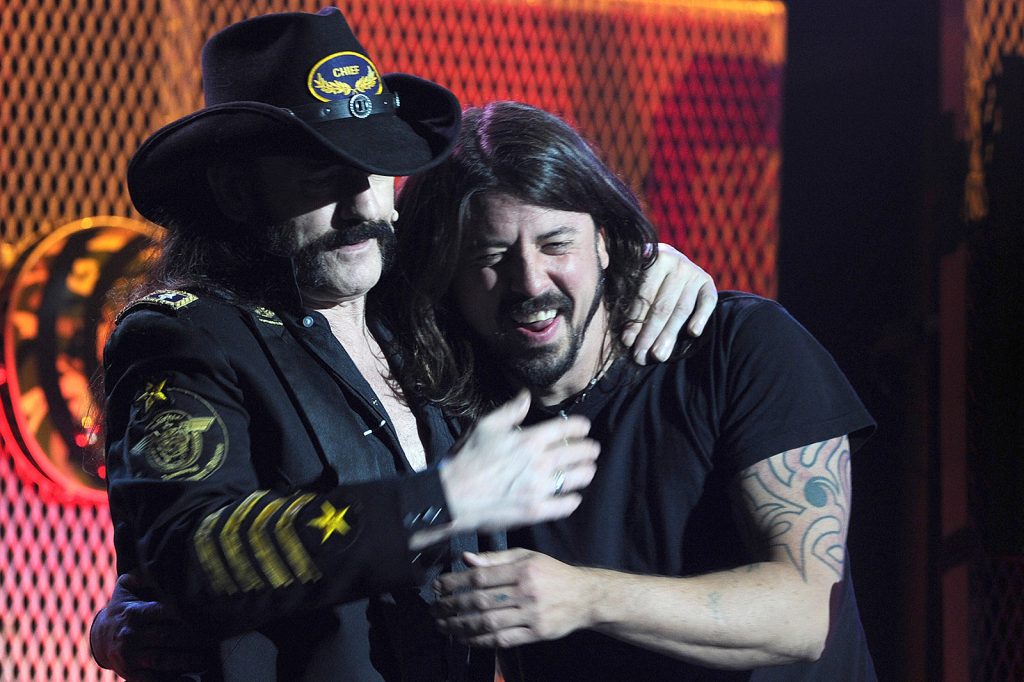 Dave Grohl discussed the meanings behind some of the songs on the upcoming Foo Fighters album Medicine at Midnight, revealing that fear of nuclear destruction and his friend, late Motorhead legend Lemmy Kilmister, were among his influences for the lyrics.

He noted that, although the words were written in the closing months of 2019 before the coronavirus pandemic hit, many of the ideas suggested in the songs remained valid and were possibly more so.

“When I was young, in the ’70s and ’80s, I was terrified of dying in a nuclear war with Russia,” Grohl told OK! in a recent interview about the song “Waiting on a War.” “Then [in 2019], things were getting tense with North Korea, and one day my 11-year-old says, ‘Dad, are we going to war?’ It reminded me of the way I felt when I was her age.”

He went on to described “No Son of Mine” as a “homage to the late, great Motorhead frontman,” noting that “the song started out with this country swing to it, but then we decided for something a bit more aggressive, and it turned into these chunky riffs. I wish Lemmy were alive to hear it, because he would see how much an influence he’s been to me.”

He added that “Cloudspotter” was a “twisted love song” for a pessimist. “I’m the type of person that says, ‘Okay, let’s figure this out’ if I’m presented with a problem. A ‘cloudspotter’ is somebody who finds the conflict or difficulty in everything and has no hope.” Of “Shame Shame” he noted: “It’s still recognizable as something Foo Fighters would do, but it’s got these grooves and tempos you’ve never heard the band do before.”

Grohl predicted that, despite lockdown conditions continuing, his band would find ways to perform for fans. “We recently did a show at the Troubadour in L.A. with no one there, just our road crew,” he recalled. “I remember thinking, ‘Wow, this is going to feel kind of empty and hollow and strange,’ but it felt so good just to be with the band and a microphone and perform with our instruments again. We’re going to start getting out there soon in ways that other people might not be doing … but the stadiums and arenas, not yet.”