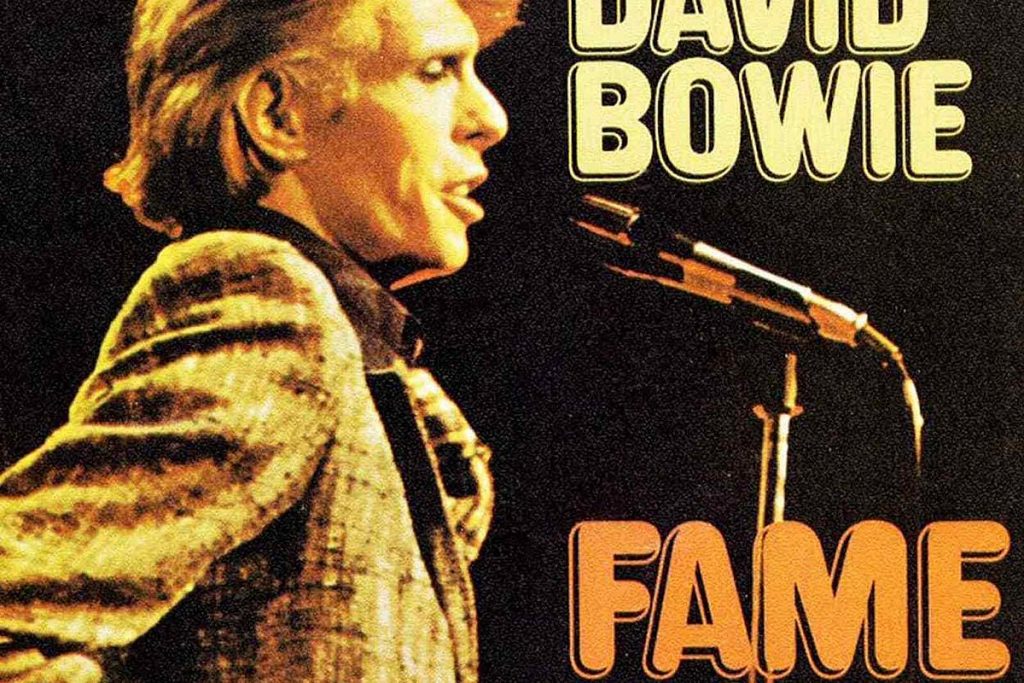 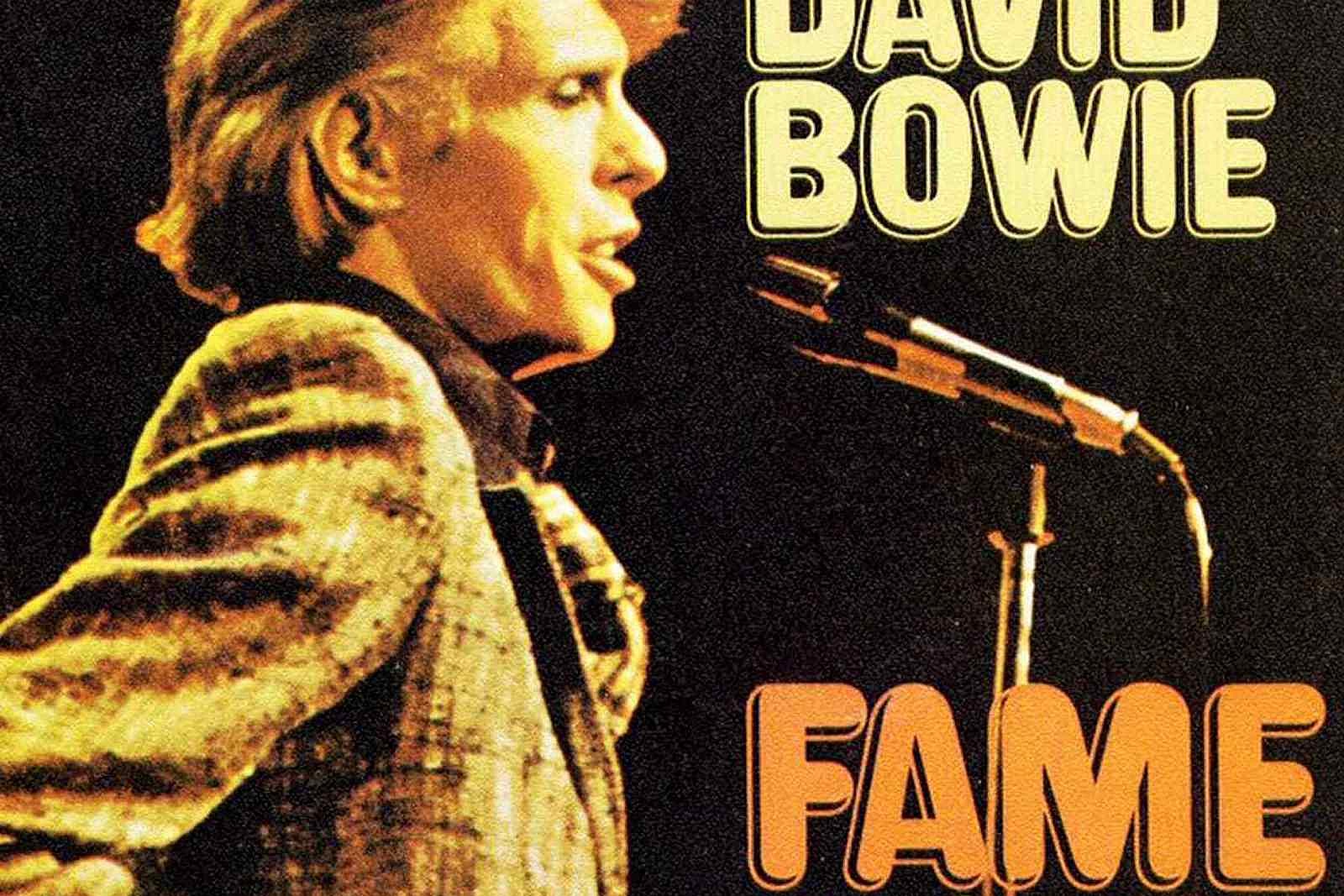 Known today as perhaps rock’s premier shapeshifter, Bowie had found his first widespread fame with a space-alien version of glam rock on 1972’s The Rise and Fall of Ziggy Stardust and the Spiders From Mars. The album soared to No. 5 in the U.K., just before Bowie decided to leap off the bandwagon.

He was wary of his new fame, wary of being pigeonholed, wary of becoming a prisoner to his own career. Bowie saw the worst of his fears play out with so many others over the ensuing years.

“Fame itself, of course, doesn’t really afford you anything more than a good seat in a restaurant,” he told Performing Songwriter in 2003. “That must be pretty well known by now. I’m just amazed how fame is being posited as the be all and end all, and how many of these young kids who are being foisted on the public have been talked into this idea that anything necessary to be famous is all right. It’s a sad state of affairs.”

Bowie met Lennon in late 1974 at a party hosted by actress Elizabeth Taylor. They began discussing the pitfalls of their shared lives in rock. Still stung by management disagreements that finally ended the Beatles, Lennon pushed Bowie to avoid signing everything over to any individual.

“And I started to realize,” Bowie told Performing Songwriter, “that if you’re bright, you kind of know your worth, and if you’re creative, you know what you want to do and where you want to go in that way. What extra thing is this manager supposed to do for you?”

Bowie later remembered that he and Lennon then “spent endless hours talking about fame, and what it’s like not having a life of your own anymore. How much you want to be known before you are, and then when you are, how much you want the reverse.”

Something clicked. When Bowie invited Lennon to jam during early 1975 sessions for his Young Americans album, they stuck with the theme. Bowie quickly rhymed “fame” and “pain,” over a greasy unused riff from guitarist Carlos Alomar. Soon, Lennon had joined in the proceedings. “He listened to it. ‘That’s cool.’ ‘You wanna play?’ ‘Sure,'” Alomar told the Independent in 2020. “He had an acoustic guitar so he strummed a little acoustic here and there.”

They kept working on the song, adding new lyrics and sounds, including Lennon’s high-pitched background vocal. At one point, Bowie and Lennon stepped out for a quick bite, but Alomar stayed back to continue working.

“I was invited to go out to dinner with them. Who would say no to that?” Alomar added, with a laugh. “I was hearing these guitar parts in my head and I was not about to go and have dinner with David Bowie and John Lennon and be all goo-goo ga-ga and forget my parts. I reluctantly said no and stayed in the studio. To my delight, when David Bowie returned and heard all of the parts I had laid down, he basically said, ‘The song is done. I’d like to put down this one little guitar part.'”

One of the coolest ideas was reversing Lennon’s acoustic. “That’s the suction sound you hear at the beginning,” Alomar later told Mojo. “Then we put up big reverb upon David’s riff. Like going to a recreation center when it’s empty, taking your amplifier and your guitar – and filling that room.”

The song, appropriately titled “Fame,” was finished in a matter of hours. It served both as a definitive goodbye to glam rock and Bowie’s first-ever Billboard No. 1 single on Sept. 20, 1975. Young Americans would stay within this funkier R&B vibe, confounding critics and Bowie’s fans for the first, but certainly not the last, time.

“God, that session was fast: That was an evening’s work!” Bowie told Musician in 1983. “While John and Carlos Alomar were sketching out the guitar stuff in the studio, I was starting to work out the lyric in the control room. I was so excited about John, and he loved working with my band because they were playing old soul tracks and Stax things. John was so up, had so much energy; it must have been so exciting to always be around him.”

Alomar’s riff – based on a song called “Foot Stompin'” by the Flares that Bowie had covered on tour – became so ubiquitous that James Brown lifted the entire thing for his single “Hot (I Need to Be Loved, Loved, Loved).”

The theme on “Fame” proved just as sturdy.

“However arrogant and ambitious I think we were in my generation, I think the idea was that if you do something really good, you’ll become famous. The emphasis on fame itself is something new,” Bowie told Performing Songwriter. “Now it’s, ‘To be famous, you should do what it takes,’ which is not the same thing at all. And it will leave many of them with this empty feeling.”