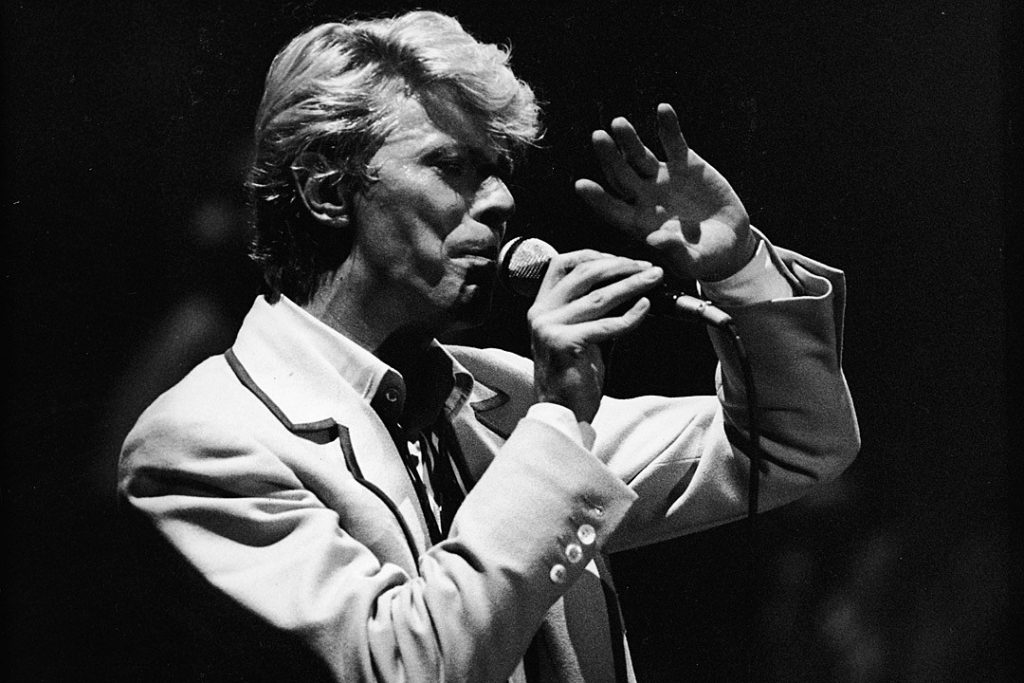 David Bowie orchestrated his departure with a familiar sense of mystery and panache.

Nothing about his life had been. Without Bowie, there would have been no platform for ever-evolving stars like Madonna, Prince and Lady Gaga. No major musical movement across Bowie’s five-decade career went untouched by his frisky genius. He had the ability to change how things were done on both Broadway and Wall Street.

In fact, Bowie began changing before we ever knew him, trading out his surname “Jones.” It’s popularly understood that he wanted to avoid confusion with Davy Jones of the Monkees, but the decision always felt more like the first signpost on an incredible journey of discovery and reinvention.

Bowie always seemed to be on the way to some new place, some new face. He held an icy-cool, rather regal presence, yet grew up the son of a waitress in the working-classic London neighborhood of Brixton. He found early notice as a singer-songwriter, then discarded that – despite scoring an early hit with 1969’s “Space Oddity” – to assume the persona of a striking alien-rocker called Ziggy Stardust. He set a template for outsized theatrical shows while scoring a string of hits, then abruptly killed off the character.

A template was set, as Bowie pushed ever forward. There was funky “plastic soul,” harrowing electronic explorations, ambient music and post punk, mainstream pop, muscular industrial beats (Trent Reznor and Marilyn Manson were clearly listening) and, finally, jazz fusion. His music celebrated weirdos, outsiders and misfits, even as he strengthened the connection between fashion and rock – whether roaming the stage as Aladdin Sane, the Thin White Duke or the glossy superstar of 1983’s Let’s Dance era.

He was a music video pioneer, a cast member of some 20 major motion pictures (including The Man Who Fell to Earth and Basquiat), and a stage sensation in the title role of The Elephant Man. He pushed for diversity on MTV, backing it up by helping to resurrect producer Nile Rodgers‘ post-disco career and hiring a then-unknown backup singer named Luther Vandross.

Bowie also foresaw the modern-era focus on maximizing royalty income, selling $55 million worth of so-called Bowie Bonds tied to future hits in 1997. Long before social media, fans could interact with him personally via a 3D-chat function on BowieNet, a full-service internet provider he launched a year later. He was already talking about how the music industry was changing, when iTunes – much less streaming services – was still on the drawing board.

“Music itself is going to become like running water or electricity,” Bowie told the New York Times in 2002. “You’d better be prepared for doing a lot of touring because that’s really the only unique situation that’s going to be left. It’s terribly exciting. But on the other hand, it doesn’t matter if you think it’s exciting or not; it’s what’s going to happen.”

Perpetual motion defined him, other than a quiet decade away between 2003’s Reality and 2013’s The Next Day. Many figured he’d retired, but Bowie had more to say – much more. He crafted an off-Broadway sequel to The Man Who Fell to Earth called Lazarus, attended the opening in December 2015, then released Blackstar on Jan. 8, 2016 – Bowie’s 69th birthday.

His 25th studio album provided one final twist in a journey filled with them, as Bowie recorded with all-new collaborators – mostly jazz musicians he’d stumbled across at a Big Apple bar. Saxophonist Donny McCaslin said Let’s Dance provided “the soundtrack of my youth,” but he felt like he needed to take a deeper dive into Bowie’s past in order to prepare for their sessions together. Bowie blithely waved him off.

“He sent me an email saying, essentially, ‘That’s old stuff; I’m into different things now,'” McCaslin told the Guardian in 2016. “At age 68, Bowie was moving forward.”

Then, just two days after Blackstar arrived, he was gone. Every element of this final project suddenly took on new meaning.

“Dollar Days,” for instance, found a mournful Bowie repeating, “I’m trying to; I’m dying too.” An accompanying video for the second single, also called “Lazarus,” showed Bowie in a hospital bed with bandages obscuring his eyes. Later, he was seen frantically working at his desk, perhaps in reference to the effort put into completing Blackstar. The title of the final track, “I Can’t Give Everything Away,” could be seen as an explicit answer to those who wondered why Bowie never revealed his health issues.

Elsewhere, the project moved well afield of such allusions: “Girl Loves Me,” for instance, references a language writer Anthony Burgess created for the teen marauders in A Clockwork Orange. Bowie also left an Easter egg for fans, a parting gift only seen when sunlight hits the titular star on the vinyl-edition album cover. Originally inky black, it suddenly became dotted with an entire constellation.

Still, Bowie’s thoughts on mortality tended to more deeply resonate in the period immediately following his death – as when he opened “Lazarus” by saying, “Look up here, I’m in heaven.” Later, he referenced a sense of impending freedom, after years of battling cancer: “Just like that bluebird … Now, ain’t that just like me?“

Bowie’s widow, Iman, returned to that central image while walking among the redwoods in the San Francisco area on one of the initial anniversaries of Bowie’s passing. “I went on a hike and a bluebird flew in front of me – a bluebird, above all things!” she told Harper’s Bazaar in 2020.

A tour guide confirmed that bluebirds are “very rare” to the area, strengthening her emotional connection to the moment. “So now,” Iman added, “instead of remembering it as sad, it is more of a joyous day.”