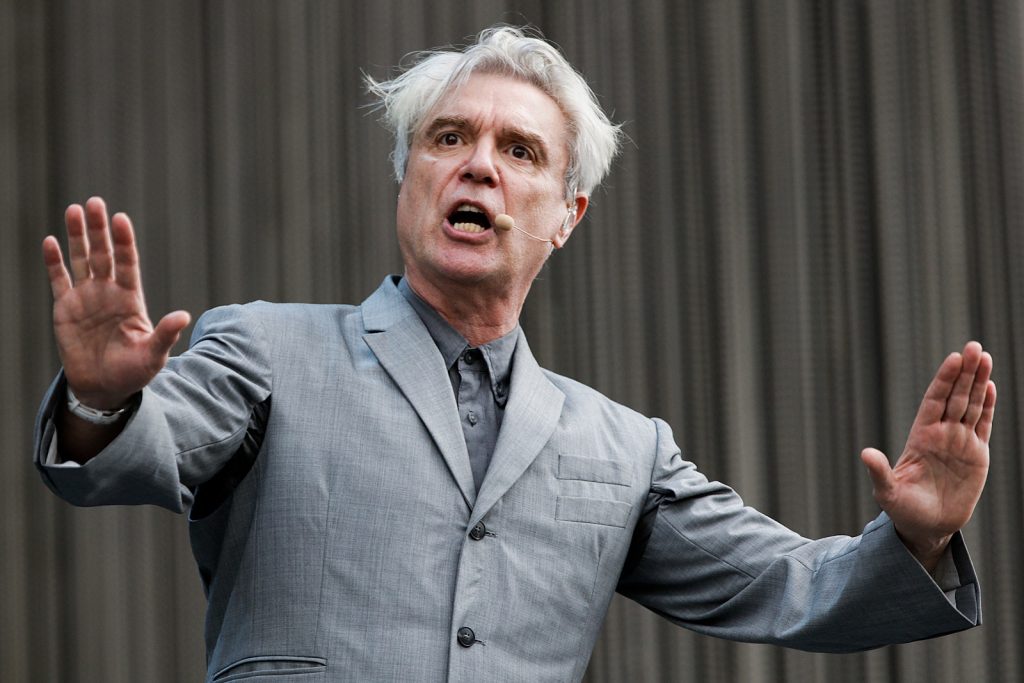 Here Lies Love, a disco-inspired musical written by David Byrne and Fatboy Slim, will arrive on Broadway this summer. The immersive show — in which both the cast and the audience are on their feet — focuses on the life of Imelda Marcos, a grandiose figure who served as the first lady of the Philippines from 1965 to 1986.

Marcos and the rest of her family became infamous for their lavish lifestyle during a time of great civil and economic unrest in the Philippines. (Marcos invited the Beatles to perform at the palace in 1966, an invitation that was declined and led to a shutdown of the Manila airport, along with mobs of fans attempting to prevent the band from leaving the country.) Marcos, the subject of several court cases, was eventually convicted of corruption charges in 2018.

In 2005, the former Talking Heads frontman and Fatboy Slim began work on a musical about Marcos’ life. Some of the music they created debuted at the Adelaide Festival of Arts in Australia in 2006; more followed at a Carnegie Hall show in 2007. “All this is highly researched,” Byrne told the audience at the latter show. “This is not artistic license. This is reporting.” Runs of the show have taken place in London, Seattle and other cities.

Now, Here Lies Love will make its Broadway debut at the Broadway Theatre in New York City. Previews will begin on June 17, with the official opening night taking place on July 20.

Directed by Alex Timbers, the show is choreographed by Annie-B Parson, who also worked on Byrne’s 2019 Broadway production American Utopia. (Byrne also has another immersive live show opening this summer, Theater of the Mind, which runs in Denver from Aug. 31 until Dec. 18, playing to audiences of 16 at a time.)

“As a team of binational American producers – Filipinos among us – we are thrilled to bring Here Lies Love to Broadway,” the show’s producers said in a joint statement (via Deadline). “We welcome everyone to experience this singularly exuberant piece of theater. The history of the Philippines is inseparable from the history of the United States, and as both evolve, we cannot think of a more appropriate time to stage this show. See you on the dance floor!”