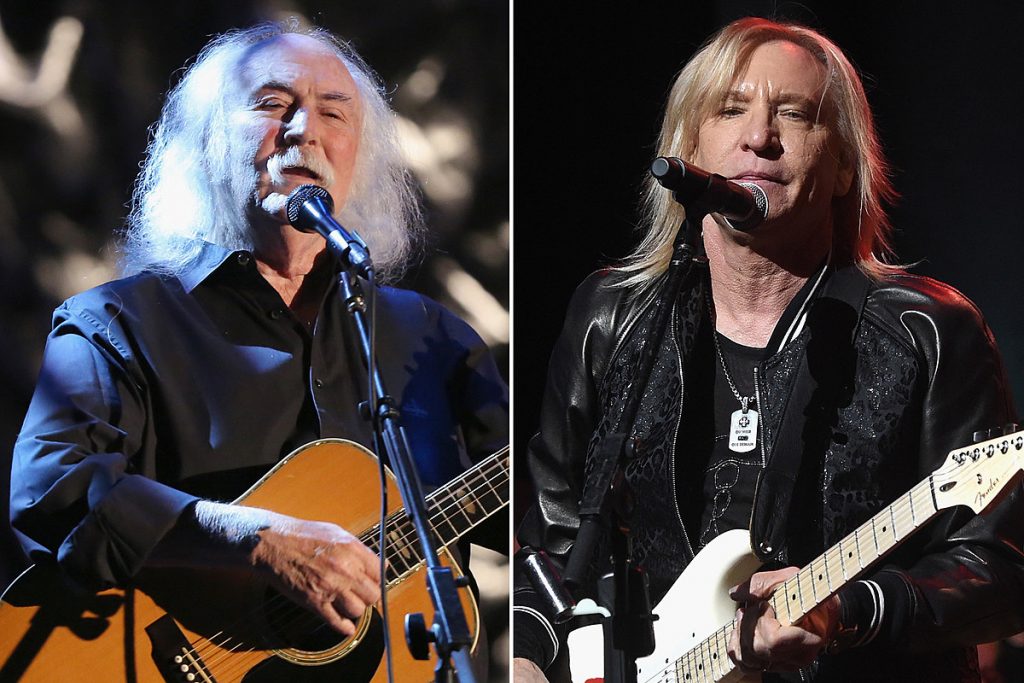 David Crosby and Joe Walsh announced that they were taking part in a concert to mark the 50th anniversary of the Kent State shootings.

On May 4, 1970, the Ohio National Guard opened fire on students at Kent State University who were protesting the extension of the Vietnam War into Cambodia, despite President Richard Nixon’s vow to end the conflict. Four students were killed and nine were wounded.

The anniversary concert takes place on May 2 at the university’s Memorial Athletic and Convocation Center.

Walsh, who was attending Kent State at the time, will reunite his ‘70s band Barnstorm with Joe Vitale – who was also a student – and Kenny Passarelli. Crosby is expected to perform the protest anthem “Ohio,”  which Neil Young wrote following the tragedy for Crosby, Stills, Nash & Young.

“We wanted to make sure the artists we brought in for the concert had a strong understanding of the history of May 4, 1970, and a commitment to helping raise funds for the scholarships,” said project manager Rod Flauhaus in a statement. “Artists like Joe Walsh and David Crosby provided the soundtrack for both those that went to fight in the Vietnam War and for those who were against it. Their music was the common thread that helped to raise national awareness, inspire activism and helped us to heal as a nation.”

Proceeds from the show will go toward the upkeep of four new May 4 Legacy Scholarships for Kent State’s Peace and Conflict Studies course. Each scholarship is named after one of the students killed: Allison Krause, Jeffrey Miller, Sandra Scheuer and William Schroeder.

“The willingness of these artists to help us raise funds for the scholarships demonstrates the commitment and strong ties that these individuals have to honoring those killed and wounded on May 4, 1970, and ensuring a lasting legacy of learning and peaceful reconciliation,” Kent State University President Todd Deacon said.

Tickets go on sale at 10AM on March 6 at the Kent State website.