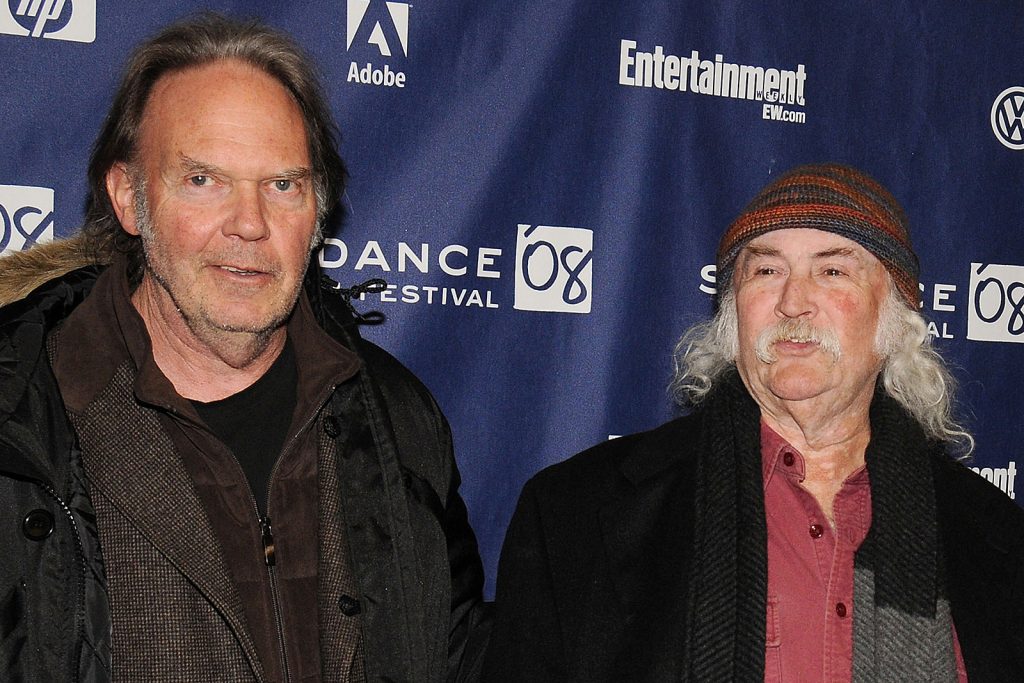 David Crosby said his relationship with Neil Young was entirely musical and never social – but it often made them both laugh onstage.

Crosby has been estranged from his Crosby, Stills, Nash & Young bandmates for several years, but in a new interview on Apple Music’s Zane Lowe Show, he recalled how he, Stephen Stills and Graham Nash had forged a strong connection with Young in the early ‘70s.

“Neil’s an interesting guy,” Crosby said. “He loves song. He loves music. He loves to sing and play. That part, there’s no complexity, there’s no tricks, there’s no weirdness at all. He is a musician. He loves it. As soon as his fingers touched the guitar strings, we were talking to each other really well. The chemistry in that band, when we were playing, was excellent. We were listening to each other and we could spark each other easily.”

Crosby noted that he “could go over to Neil in the middle of a tune and make three hits on backbeats at the right time and straighten Neil up – like, I’d put a rod of fire up his butt. I could get his attention heavily by doing the right thing at the right time. And he could do the exact same thing. I’d be in the middle of singing a phrase, and he’d crown out over it with the lead guitar right in front of me, laughing. And it would be a moment – we would both wind up laughing in the middle of the song because we had just really, really screwed it down tight.”

Despite that, Crosby said Young kept his distance between performances. “When we went on tour, he didn’t ride in the bus with us. He had his own drivers, his own scene. He didn’t even hang out with us. It’s tough for some people – you want other people to be like you, and he’s not. I was fine with it. I wanted him to be happy because when he’s happy, he makes really good music.”

Reflecting on the fact that he’s no longer on speaking terms with Stills, Nash and Young, Crosby explained that “bands are like marriages. People don’t go in parallel lines, right? They’re always either converging or diverging. … You get into it, you’re very excited. You’re thrilled with each other’s music. You really love the process. You’re having a blast. But after you’ve been with somebody for 40 years, you rub them the wrong way. They rub you the wrong way. There’s lots of gripes.”

He added: “It happens in every single relationship I’ve ever seen, every band that I’ve ever seen. So I’m not surprised it went that way. I’m all cool with it. We did some really good work.”