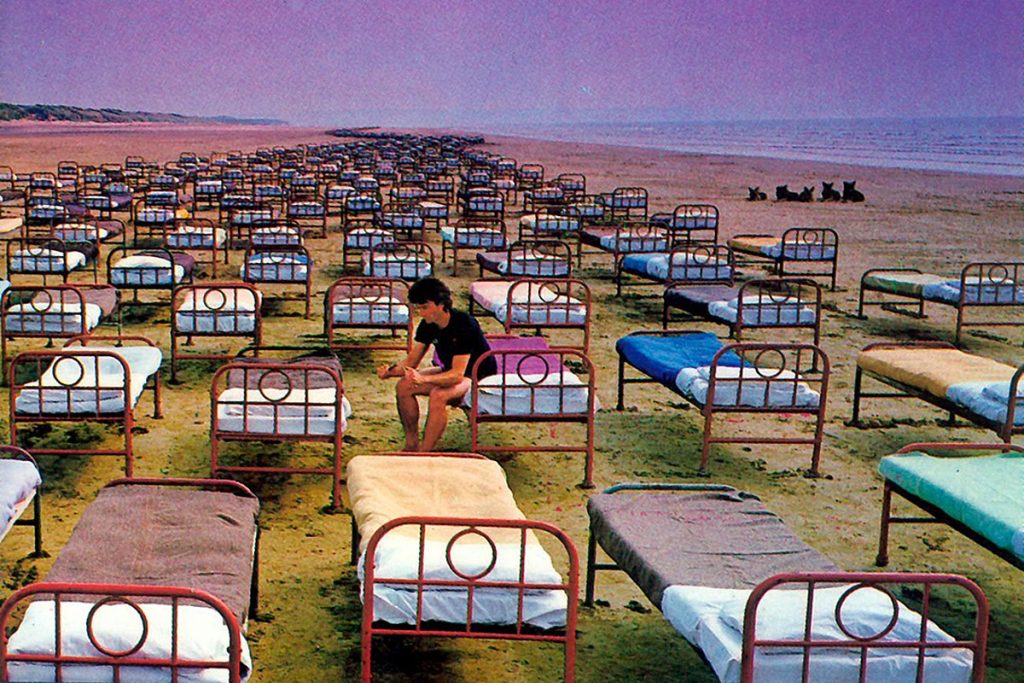 Designer and director Thorgerson, who died in 2013, co-founded the influential Hipgnosis art studio, which worked with a number of artists including Black Sabbath, Led Zeppelin, Genesis and Paul McCartney. He lent his talents to many Floyd albums, and was Gilmour’s best man at his wedding in 1994.

“When I was 13, he was 15,” Gilmour said on the latest episode of his podcast The Lost Art of Conversation. He noted that the bridge where they’d met in Cambridge, England, was featured in the video for 1994 single “High Hopes.”

“He was a nonstop loudmouth and stayed that way for his whole life,” Gilmour said. “He was the sort of guiding force behind a lot, most of our artwork till he died. … He was a brilliant ideas person and brilliant at getting things done. He’d take the photos himself, and collated ideas from other people. … He was always there at the heart of it and always wanted to do everything properly, whatever it cost!”

You can listen to the episode below.

Gilmour cited the example of the artwork for A Momentary Lapse of Reason, the first Floyd LP since the departure of Roger Waters. “I drew a picture myself of a room with a window with a bed which was empty, a bedside table with the picture frame on it with nothing in it,” he recalled. “I said to Storm, ‘I’m thinking something about this line from this song, “Vision of an empty bed.”’ I showed him this picture, and he said, ‘Yeah, okay … how about we have 500 empty beds?’ And I said, ‘Show me.’

“So they got down to Saunton Sands [in Devon, England] and put all those beds up and took that picture, which took a massive amount of work … hundreds of people having to move them all, then they rushed them all away again as the tide came in and rushed them all back again [to] do it again.”

The podcast also noted that the first attempt to secure the shot didn’t work due to weather conditions; Thorgerson and his crew had to return the following week. However, the result was another iconic Floyd album cover.

Reflecting on the relationship between the music and the visual art, Gilmour asked, “Which way round does it go? Does the image become a Pink Floyd image because it’s on a Pink Floyd record? … You always want it to be an iconic image that grabs people. I guess Storm was right in saying my image could have been very nice, been photographed beautifully and been atmospheric. But maybe not as iconic as his take on it.”