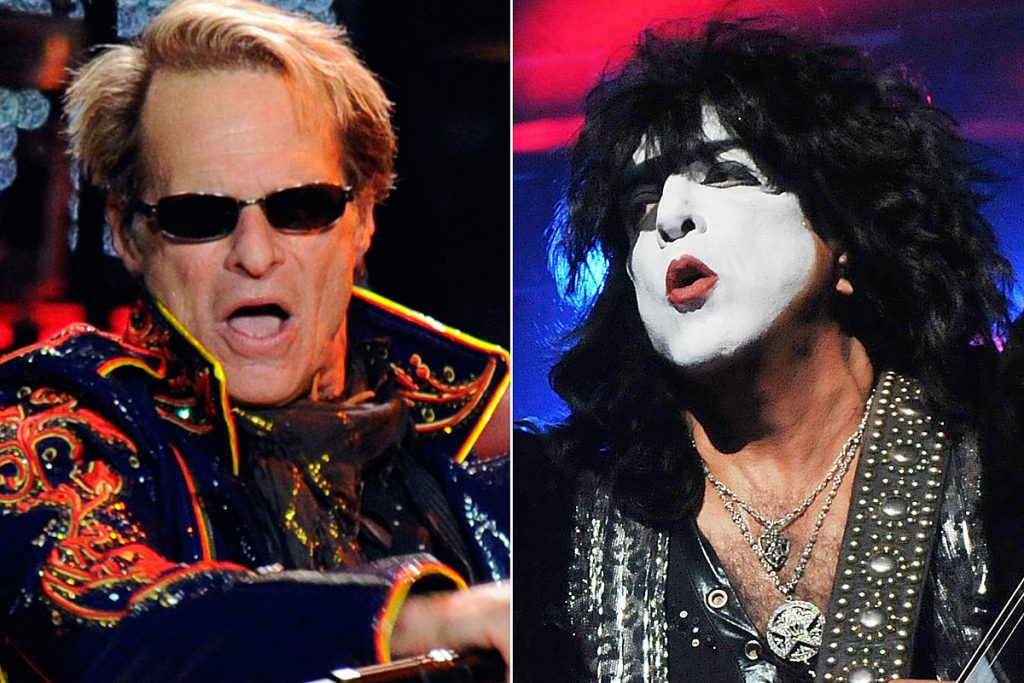 It looks like David Lee Roth will serve as Kiss‘ opening act on the next leg of the band’s End of the Road tour.

As reported by Mitch Lafon, searches on Live Nation’s official app are showing Roth as the opening act at numerous stops on Kiss’ next United States tour. This leg of the End of the Road tour begins Feb. 1, 2020 at the SNHU Arena in Manchester, N.H., and ends on March 15 at the Mississippi Coast Coliseum in Biloxi, Miss.

This would be quite a change from the opening act on previous End of the Road dates, painter David Garibaldi. There has been no official announcement or confirmation of Roth’s presence on the Kiss dates outside of the Live Nation app.

Kiss’ February and March U.S. dates are sandwiched by Roth’s residency at the House of Blues at the Mandalay Bay Resort & Casino in Las Vegas, which has shows running from Jan. 8-11, and March 18-28. Roth is also set to play the Epicenter Festival in Charlotte, N.C. on May 1. Roth has declared Van Halen to be “finished” with his current band, the first time he’s ever used a two-guitar lineup, as the “next phase” of his career. “I’ve inherited the band de facto — whatever that means,” he said. “I think it means if you inherit it, carry this proudly. Van Halen isn’t gonna be coming back in the fashion that you know. And that being said, Eddie’s [Van Halen] got his own story to tell. Not mine to tell it.”

For Kiss, working with a member of Van Halen would help bring Gene Simmons‘ career full circle. In 1976, he produced a 15-song demo for them, which helped them get signed to Warner Bros. A year later, he asked Eddie and Alex Van Halen to record demos of “Christine Sixteen,” “Tunnel of Love” and “Got Love for Sale.” The recordings were officially unearthed in a 2017 collection of previously unreleased Simmons material.