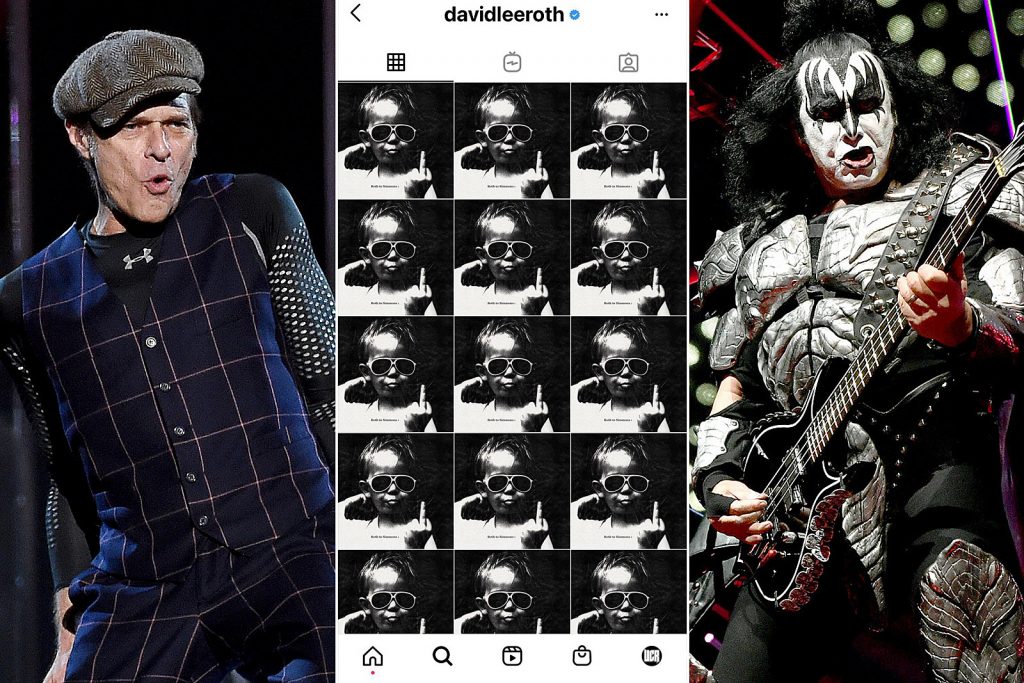 David Lee Roth served up a succinct response on social media to Gene Simmons’ recent critiques of his performance style.

Kiss resumed their farewell tour earlier this week and announced a Las Vegas residency at Zappos Theater at Planet Hollywood that will run from December through February. Speaking to Rolling Stone this week, Simmons made clear that Roth will not be supporting the band on the remainder of its farewell tour as he had before the coronavirus pandemic.

“It bears noting that during Dave’s heyday, nobody did what he did,” Simmons told the magazine. “He was the ultimate frontman. Not [Robert] Plant, not Rod Stewart, nobody. He took being a frontman way beyond anything. And then, I don’t know what happened to him … something. And you get modern-day Dave. I prefer to remember Elvis Presley in his prime. Sneering lips, back in Memphis, you know, doing all that. I don’t want to think of bloated naked Elvis on the bathroom floor.”

Never one to shy away from a good social-media catfight, Roth updated his Instagram account with 18 identical black-and-white images of a child wearing sunglasses and extending his middle finger. The photos also include the text, “Roth to Simmons,” in case the message wasn’t clear.

Roth also launched a Vegas residency in January 2020. He made it through three of the nine planned shows before postponing the run due to the pandemic.

Kiss, meanwhile, will continue touring North America through October with support from performance painter Garibaldi. The rest of the global trek is scheduled to run through July 2022.

Kiss Return to the End of the Road Tour