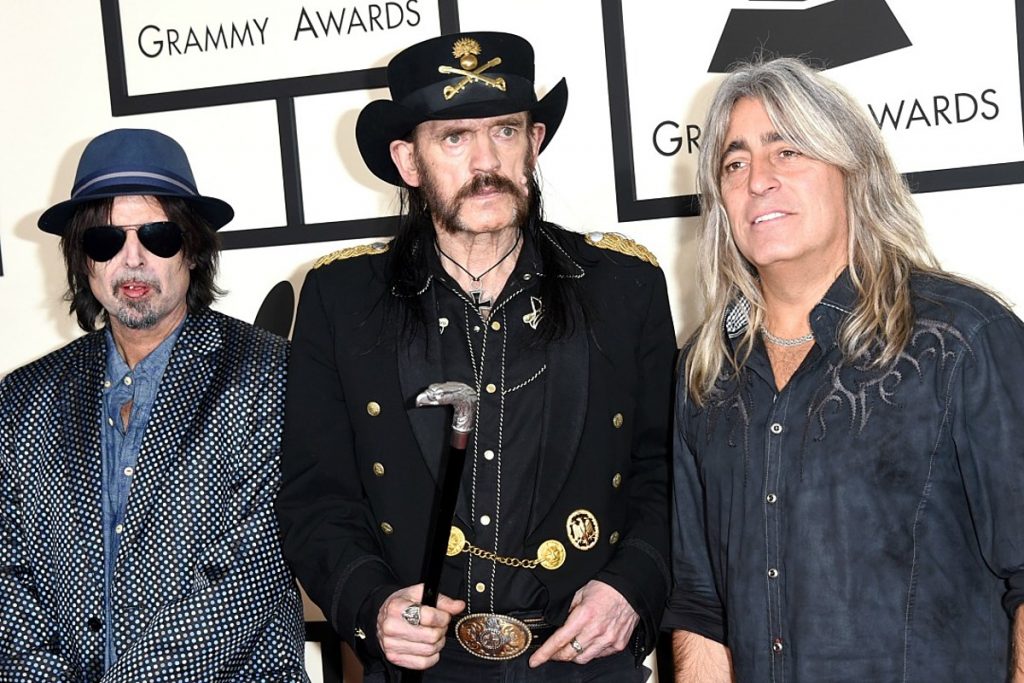 The Rock and Roll Hall of Fame updated Motorhead’s nomination for the class of 2020 by adding guitarist Phil Campbell and drummer Mikkey Dee.

They’d been left out of the original nomination, despite having served longer than any other members except Lemmy, and having been described by the late icon himself as his favorite lineup of the veteran band.

“Thanks to everyone who spoke up loudly,” read a post on the Motorhead Twitter account. “Thanks to the Rock Hall for listening and adding Phil and Mikkey. All for one and one for all!”

While no official statement was made by the Hall of Fame itself, the biography page for Motorhead was updated, adding Campbell and Dee to the listed members, which had previously only featured Lemmy, “Fast” Eddie Clarke and Phil “Philthy Animal” Taylor.

“Motorhead experienced two distinct eras, first in the ‘70s and then in the ‘80s, ‘90s and beyond,” the updated biography reads. “Phil Campbell (guitar) and Mikkey Dee (drums) joined the band in that second era and pushed their sound into new directions. Campbell joined the band in 1983 for the No Remorse album and stayed with the band till the very end, playing on a number of classic killer albums that redefined Motorhead including Orgasmatron, Rock and Roll (which includes the very important track “Killed By Death”),1916, and Bastards. Dee joined in 1992 and became the defining rock drummer sound for the last era of Motörhead. His first full album with the band was the classic Bastards. In his autobiography, Lemmy referred to Bastards as ‘one of the best albums we ever did.’”

While Campbell had declined to comment on the initial snub, Dee had labeled it “pure wrong,” adding: “I know Phil will be very disappointed, too. We’ve been carrying the flag for 25 years together, and actually brought Motorhead to what it was. We did 25 years out of the 40. The original band lasted just a few years. They started it off, but as Lemmy said himself they wouldn’t have lasted another six months doing that lineup. I don’t think we would’ve been where we are today without the 25 years we spent touring.”

In 2017 the Rock Hall updated its nominated members’ list for Bon Jovi and the Moody Blues following fan outcries. Hugh McDonald and Alec John Such had originally been left out of the Bon Jovi list, while Denny Laine had been omitted from the Moody’s membership.

Public voting is underway for the class of 2020, with Pat Benatar, the Doobie Brothers and Soundgarden currently leading the poll.