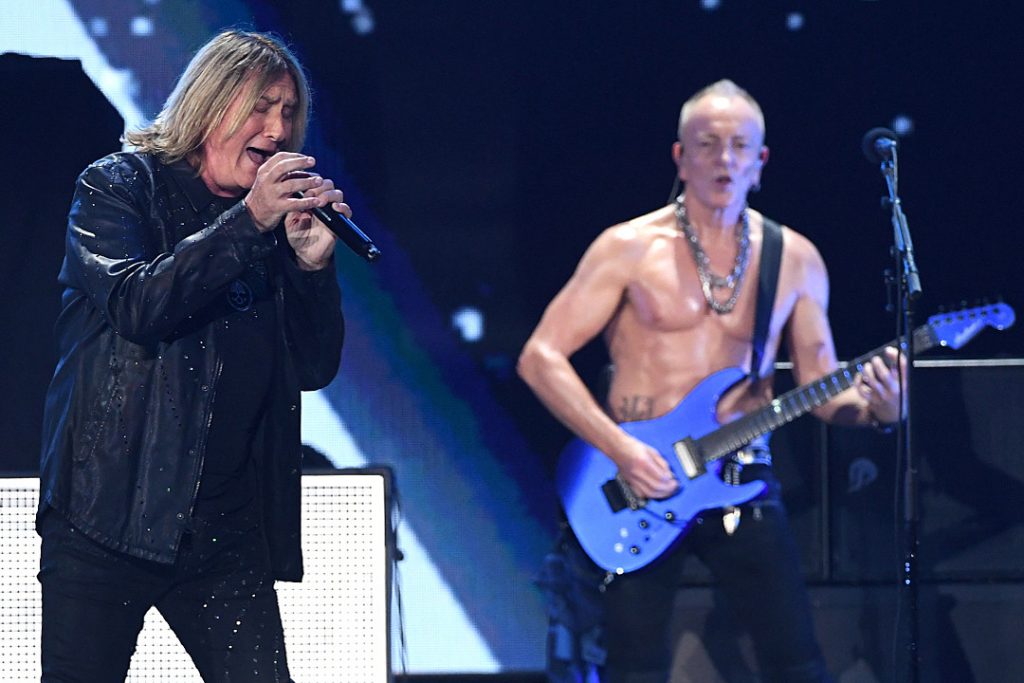 Def Leppard closed out the first night of the long-awaited Stadium Tour, wrapping an epic bill that included co-headliners Motley Crue and support from Poison and Joan Jett.

While most of the day had been hot and muggy — typical summer weather in Atlanta — the skies opened up just as Def Leppard took the stage. The British rockers battled rain for much of their performance, though things did calm down in the second half of their set.

The iconic act rocked through many of their biggest hits — including “Love Bites,” “Rocket” and “Armageddon It” — while also performing tunes from their recently released album Diamond Star Halos. The night included a pair of live debuts: “Fire It Up” and “This Guitar.” Before the latter track, frontman Joe Elliott honored The Rise and Fall of Ziggy Stardust and the Spiders from Mars, the classic David Bowie album that turned 50 today.

The band closed their set with an impressive trio of tunes, performing “Pour Some Sugar on Me” and “Rock of Ages,” before ending with “Photograph.”

You can see Def Leppard’s full set list and video from their performance below.

Prior to tonight’s show, Def Leppard celebrated the release of Diamond Star Halos with an intimate show at Hollywood’s famed Whisky A Go Go. Now they’ll get to strut their stuff on the much larger stages to which they have become accustomed over the years. The Stadium Tour will zigzag across North America for the rest of the summer and is scheduled to wrap on Sept. 9 in Las Vegas.