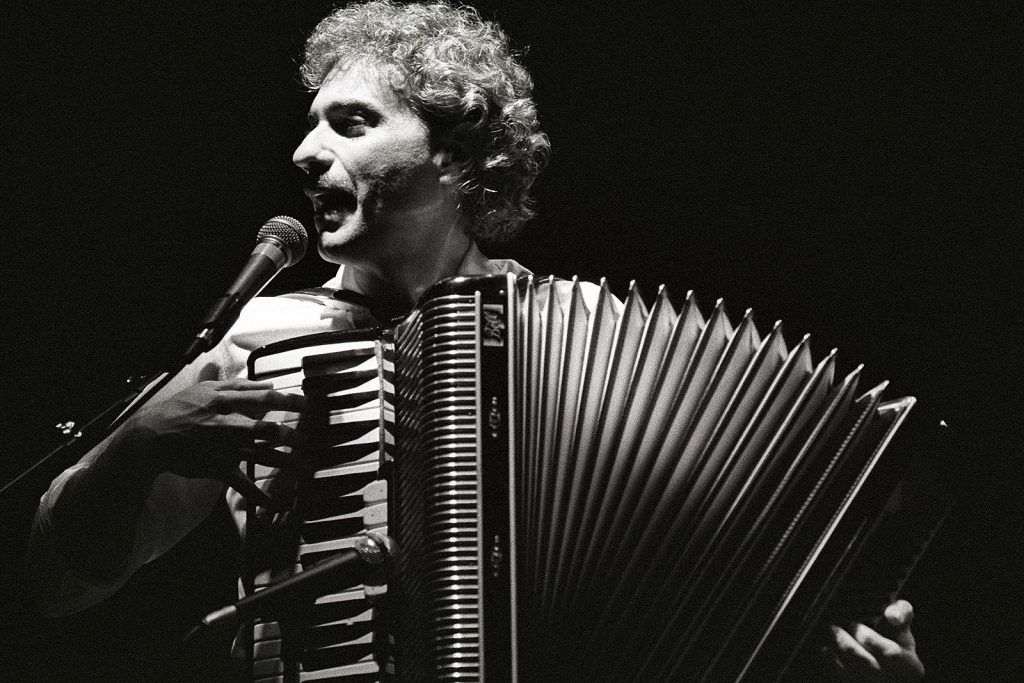 “Concept albums are tricky,” Dennis DeYoung tells UCR. “Sometimes I think it’s just a horse-shit excuse to get people to think you’re smarter than you are. [But] it gave us a focus, if we chose, to have a theme to write on.”

He’s reflecting on the origins of Styx‘s grandly arranged 1981 LP, Paradise Theatre, which he helped spearhead. And the thematic path of that record, the band’s sole No. 1, was a logical one, following a trio of hugely popular, largely conceptual projects.

The first, 1977’s The Grand Illusion, went triple platinum, thanks in part to DeYoung’s prog-pop epic “Come Sail Away.” And they closed out the decade with two more multi-platinum records, 1978’s Pieces of Eight and the following year’s Cornerstone. So the songwriter’s antenna was already scanning for inspiration in 1980, when he stumbled upon an art print of a decaying Chicago theater — symbolizing, in his mind, a once-idealistic America on the verge of splintering apart.

“There was a presidential race [Ronald Reagan vs. Jimmy Carter] when the album was being created,” he says. “And I was trying to formulate my opinion on the state and the condition of the United States. I was walking through an art gallery in Chicago, and there was the Robert Addison serigraph of ‘Paradise Theatre,’ which was this beautiful, opulent, cavernous movie theater on the west side of Chicago. It was built before talkies and opened in 1928. The biggest problem was sound — when the talkies came to that theater in the ’30s, nobody could hear them. [Laughs] It was a bad idea from the beginning. It’s like opening this gigantic, beautiful restaurant this year [during the COVID-19 pandemic]. Timing is everything in life.”

Timing, in this case, was also crucial for Styx, who used that spark to fuel their 10th LP. DeYoung talks about the album’s concept, its intricately staged tour and why the record still resonates.

Take me back to the beginning. After your saw the “Paradise Theatre” print, what went through your head?
I was thinking, ‘We’ve got a choice. What the hell’s going on in our country? We just lived through a monstrous period in the ’70s between the end of the Vietnam War, Watergate, the oil embargo. It was a humiliating time in America. We had a president resign. It felt, in many ways, like our better days were behind us, and I was concerned. There was a terrible recession in 1981. In the cities we visited on the ’79 tour [including New York City], if you looked at the juxtaposition of people who had a lot of money with people who had nothing — [they were] living not that far from each other in the city. I started to think, “If this is paradise, the land of milk and honey, how’s that working out?”

Did the album concept cohere pretty quickly?
So the Paradise Theatre was a disaster, almost from the very beginning. But I didn’t know this. I just saw this painting — I’m looking at right now. I’m standing next to it because it’s in my family room. There it is: “Paradise Closed Indefinitely” is on the marquee. And it’s fallen into disrepair. I started to research who did it and all that [stuff]. It struck me: the idea fundamentally ingrained in us Americans as [the U.S.] being the land of paradise. And I saw it as what Addison had painted it for: a metaphor for the country, at least from the artist’s point of view. I thought, “Wow, powerful stuff.” I went home and started thinking about it. I sketched down some thoughts, and then I bought the serigraph and showed it to the guys in the band. I said, “That looks like something we could use as the basis of a thematic album.” And I said, “I also see it as the possibility of this really cool tour, the staging of it.” I brought it to the guys like I’d brought in the Grand Illusion concept and the Pieces of Eight concept. And those two records did pretty good. We were rehearsing, and [guitarist James “JY” Young] said, “I got this riff.” [Plays “Rockin’ the Paradise” riff on piano] I said, “Jeez, that’s not a riff – that’s a hook! You could sing that!” There began the idea. Then I went home and wrote [Sings intro]. Then [guitarist] Tommy [Shaw] chimed in with [Sings ascending melody]. So JY wrote the hook musically. I wrote the A section and the verse, and he had a tune. But I immediately heard [the words] “Rockin’ the Paradise” and said, “Boom, that’s it! Now …what the hell are the lyrics?”

Listen to Styx’s ‘Rockin’ the Paradise’

So how did the words come together?
I’ll never forget it. We’d rented a mobile home to sit next to the studio because the studio was so small and there was no place to go hang about. I sat down and wrote the lyrics. They said, “Are you ready yet?” “Not yet.” But I ran in and sang — it was kind of a stream of consciousness. Although a couple other songs are more important musically to the audience, like “The Best of Times” and “Too Much Time on My Hands,” [“Rockin’ the Paradise”] was the heart and soul and fundamental idea behind the Paradise Theatre concept.

Styx recently shared that song on Facebook, highlighting the lyric, “So whatcha doin’ tonight / Have you heard that the world’s gone crazy?”
Somebody said, “Did you check out Styx’s Facebook?” I said, “It’s not a habit of mine.” They were applauding the 40 years, and [they quoted that lyric]. When we were putting together the rest of the album, the song “Lonely People” was directly about the idea of poverty and affluence being so close. I even thought about myself: the difference between being a wealthy man and a school teacher was so ephemeral — a guy at a radio station in Chicago took a chance at playing a song that was three years old, which was ‘Lady.’ If he hadn’t done that, I’d never have been a wealthy man. I had some perspective about how fragile everything is — that things can turn against you or for you in that way. That permeated the lyric-writing of things like “The Best of Times” and “Lonely People.” Even in Tommy’s “Too Much Time on My Hands,” he’s talking about the guy — he’s almost like the “Blue Collar Man.” He’s at that bar in the middle of the day. He’s got no work.

How did you construct the melodic motif that runs throughout the LP, including “A.D. 1928” and “The Best of Times”? It feels appropriate for a thematic album.
I’ve been trying to write Abbey Road since 1969, and good luck with that. But it was purposeful, right from the very beginning. I wrote “Best of Times,” and then we wrote “Rockin’ the Paradise.” I said, “Yeah, but what if … .” Styx has traditionally been the band that does soft stuff that gets real loud suddenly — from “Lady” on, that’s our MO. I was trying to write [Plays piano and sings the Beatles‘ ‘Golden Slumbers’]. Some musicians hear things and they know the chords. I hear my own songs and I don’t know what they are. I always say as a songwriter that something mysterious is happening. I listen sometimes and say, “How did I think of that? I don’t have that knowledge.” I was thinking, “How do I do that?” I just made it work to go into “Rockin’ the Paradise.” I wrote “A.D. 1958” at the end of “Half-Penny, Two-Penny.” I said to JY, “How about the end of “Half-Penny,” we go into this thing and then we go right back to where it began? “And so, my friends, we’ll say goodnight“: I was thinking of a tour.

Speaking of the tour, it’s a shame you didn’t include the full version of “State Street Sadie” — the one with the clarinet solo that was included during the live show — on the album.
It’s a balancing act with a rock audience, because there are a lot of people who think you have to have a guitar strapped on and your balls handing out, and they don’t want to veer from that too much. I would have loved to have that whole thing on the album, but I thought, “Are we going too far?” The number one thing you must remember as an entertainer is “Better one song too few than one too many.” I thought, “A clarinet at the end? It’s like grandpa music.” But it’s great music. But Paradise Theatre as a show — never a better one by us. Which is why, when we got back together in ’96, I said, “Guys, we have to do it again!” People have a soft spot in their hearts for the Paradise Theatre tour. That’s the one everybody remembers. Live performance is entertainment — it’s not just guys playing. The whole band had individual personalities and personas onstage, and we could take advantage of that. Concerts shouldn’t be playing your record but louder. It should be an experience.