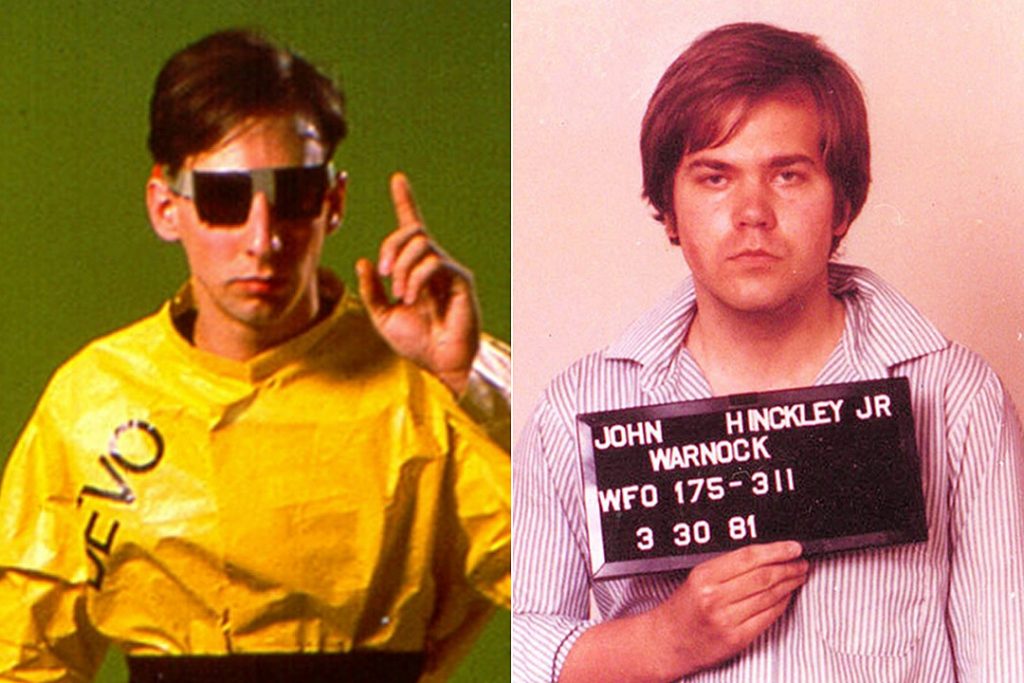 Devo bassist Gerald Casale has responded to the claim from John Hinckley Jr., who attempted to assassinate former President Ronald Reagan, that he is owed royalties for a song he “cowrote” with the band in 1982, saying it’s “always the unpleasant things that never go away.”

Hinckley shot Reagan and three other people on March 30, 1981, in a bid to impress actress Jodie Foster, with whom he was obsessed. He was placed under psychiatric care for more than 30 years until his release in 2016. In 2020, a judge ruled that Hinckley could display his writings, artwork and music under his own name, rather than anonymously.

The ruling has apparently emboldened Hinckley to speak out about other aspects of his ill-fated musical career. In the early ’80s, Devo obtained Hinckley’s permission to use part of one of his poems for the lyrics to their song “I Desire,” which appeared on their 1982 album Oh, No! It’s Devo. Hinckley is listed as a cowriter alongside Casale and lead singer Mark Mothersbaugh.

This past weekend, Hinckley claimed on Twitter that he was owed money for his contributions to the song. “Back in 1982 I cowrote a song with Devo called ‘I Desire,'” he tweeted. “It is on their album Oh No, It’s Devo.’ The album is still selling worldwide, especially in Japan and Europe. I haven’t seen royalties in 35 years. What’s the deal?”

Casale told Newsweek that he and his bandmates were “blown away by the poetic sociopathy” of Hinckley’s poem, which they saw after it was published in a tabloid following Hinckley’s assassination attempt. He also said he wrote additional lyrics that changed the context of the poem.

“We did take two verses from one love poem, and then I wrote subsequent verses that completely twisted the meaning of his verses on their head,” Casale added. “So that the [narrator] is telling the girl … to run from him because he’s a dangerous guy.”

Casale said Devo also received Foster’s blessing to release “I Desire” and made it clear they were not “endorsing” Hinckley’s actions. Still, the song did not go over well with everyone: Mothersbaugh previously recalled that the band “had the FBI calling up and threatening us” as a result of the tune.

Listen to Devo’s ‘I Desire’

Casale said he doesn’t know if Hinckley’s claim of unpaid royalties is true, but the band would have little to do with that anyway, as it would be a matter for the record companies and publishing companies.

“It’s possible that he’s not lying,” Casale said. “We’re not talking about a lot of money here. Believe me, it wasn’t a hit. But certainly it’s not because of Devo that he didn’t get his money.” He also pointed out that Hinckley established his own publishing company at one point, which means the royalties he was owed “should have been going straight to him.”

Hinckley appears to have received at least some compensation for his contributions to “I Desire.” In 2017, a 1983 royalty check from Warner Bros. to Hinckley for roughly $610 sold on eBay. Casale said the check was “odd” because Hinckley did not perform on the song and therefore would have not been paid directly by Warner Bros. He added the money could have instead been for lyrics Warner Bros. published in “song books.”