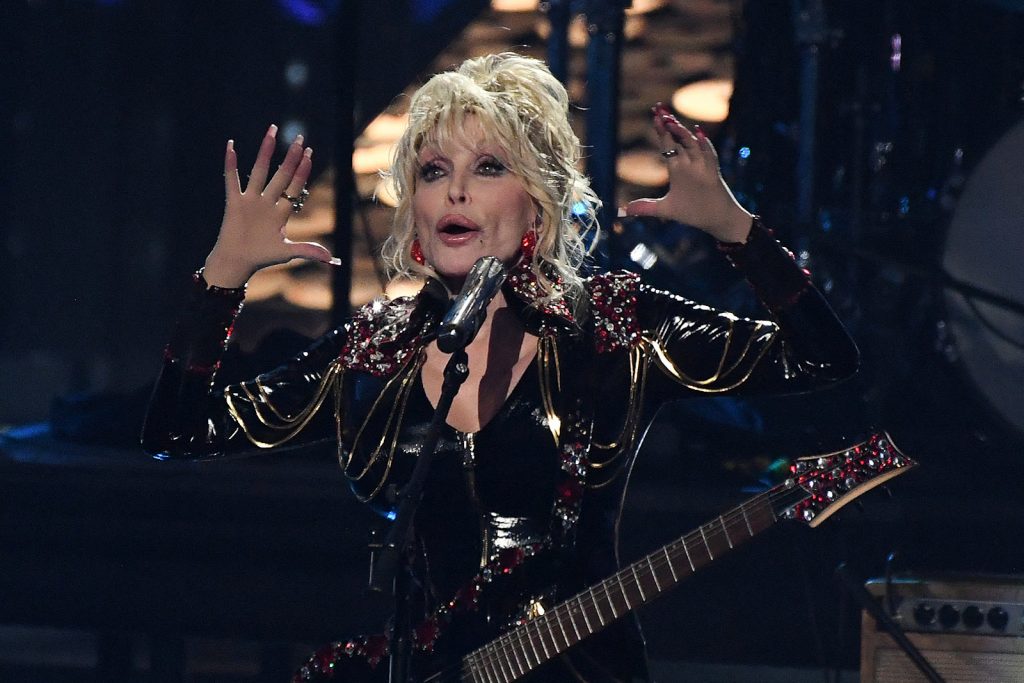 She came strolling out in a leather outfit, then gave an electric-guitar strum worthy of Pete Townshend. “And you thought I couldn’t rock!” she exclaimed.

Parton told  Pollstar that she’d written the song specifically to sing at the ceremony: “It’s a fine little song, and it’s real rock-y, so I’ll have something fun to play off of, to ease some of the tension.” She referenced many of rock’s earliest pioneers, then traded licks on a fiery solo.

Brandi Carlile was earlier joined by Parton inductor Pink for an opening rendition of “Coat of Many Colors.” Sheryl Crow then covered “9 to 5” with Zac Brown.

They closed out Parton’s segment with an all-star rendition of Parton’s signature song “Jolene,” as she was joined by fellow 2022 inductees Pat Benatar and Neil Giraldo, Simon Le Bon, Rob Halford and Eurythmics.

Bruce Springsteen then returned to pay tribute to the late Jerry Lee Lewis, performing a medley including “High School Hop” and “Great Balls of Fire” with John Mellencamp.

Shortly after her nomination, Parton requested her name be removed from the voting ballot, saying that she didn’t feel she had earned a place in the Rock Hall. “I really do not want votes to be split because of me,” she said at the time, “so I must respectfully bow out.” The Rock Hall confirmed that her name would remain on the ballot. Parton later said that if she was inducted, she would “accept gracefully.”

“I, of all people, would never want to stir up any kind of controversy, I am not that person,” she told Pollstar. “But also I am not the kind of person to avoid the truth of how I’m feeling about a thing.”

Parton has plans to make a rock album that will most likely include “Rockin’.” She’s also expressed an interest in collaborating with others on it. “My husband is a big hard rock ‘n’ roll fan, and for years I thought, ‘One of these days I’d like to do an album mainly just for him, just to kind of do it,'” she said. “When I got nominated, I thought, ‘Why not just go ahead and do it while the iron’s hot? Maybe have some of the greats, the legends of rock ‘n’ roll sing along with me.”

Let’s pause for a moment to recognize the many artists who’ve yet to be recognized.