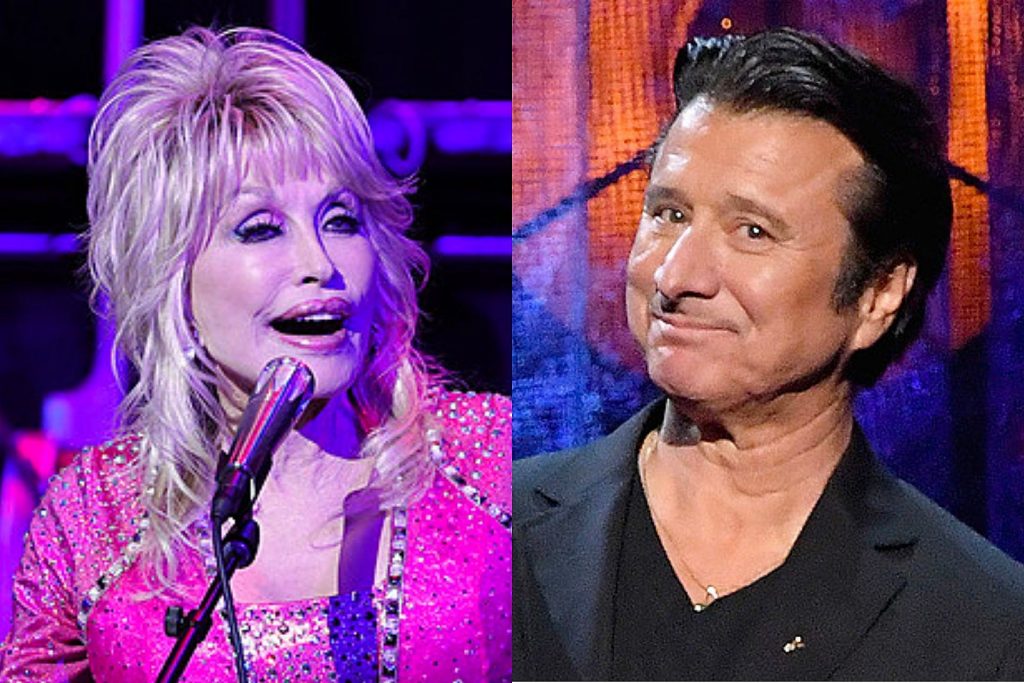 Dolly Parton said Steve Perry will appear as a guest on her upcoming rock album.

Earlier this year, the country legend said if she was inducted into the Rock & Roll Hall of Fame, she would begin work on an album of rock music. “I’m not expecting that I’ll get in,” she said back in February, “but if I do, I’ll immediately, next year, have to put out a great rock ‘n’ roll album – which I’ve wanted to do for years, like a Linda Ronstadt or Heart kind of thing. So this may have been just a God-wink for me to go ahead and do that.”

Parton was inducted this past weekend, and at the ceremony, she revealed some of the artists she’s invited to collaborate with her on the album, including Perry, who she said will be singing with her on a cover of Journey‘s “Open Arms.”

“If Dolly says it’s true, then it must be true,” Perry posted on social media. “Her voice is amazing!”

Parton also mentioned Steven Tyler and said she’ll be doing “Elton John‘s song,” though she didn’t clarify a specific title or whether John would be singing with her.

“Hopefully, I’m gonna just ask all the girls and the guys to sing with me,” Parton said, noting that she has been personally reaching out to artists instead of doing so through her management or publicist. “I send a message myself because I figure they don’t need to get that through somebody else. … I’m excited to do it, I really am. I think it’s gonna be a good album.”

The 10 Best Moments From the Rock Hall 2022 Ceremony

Musicians of all stripes gathered for rock’s most prestigious evening.