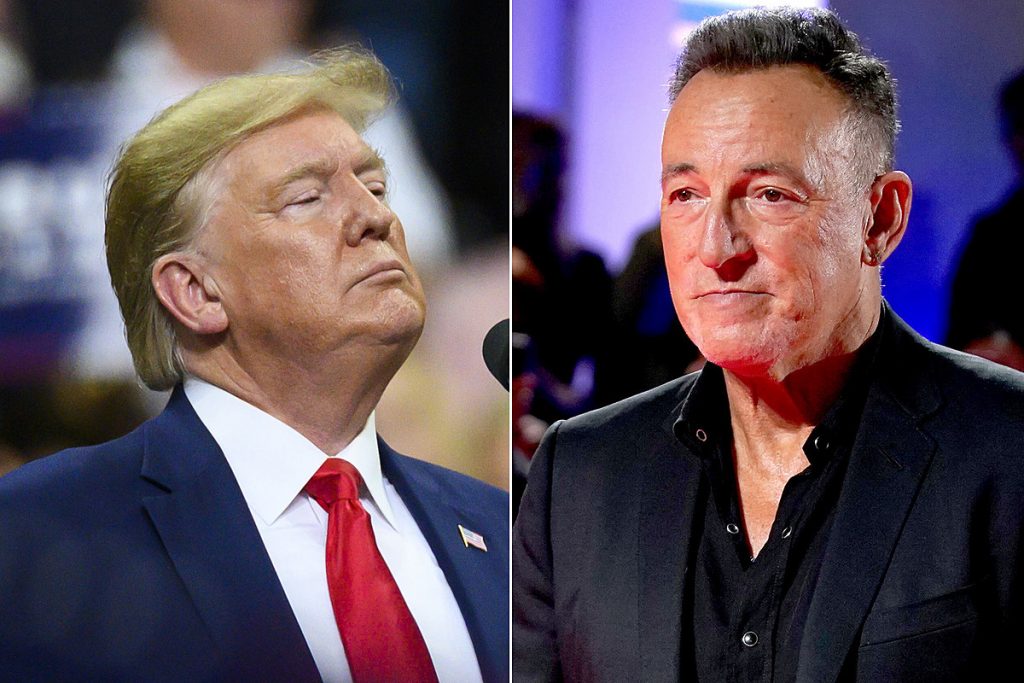 President Donald Trump insulted Bruce Springsteen and other musicians while also breaking a promise to stop using a Prince song.

Trump was speaking at a campaign rally in Minneapolis on Oct. 9, when “Purple Rain” was used, even though he guaranteed it wouldn’t happen.

“I didn’t need Beyoncé and Jay-Z, I didn’t need little Bruce Springsteen,” Trump said, referring to his 2016 election win. He went on to inaccurately criticize the Boss’ appearances at Hillary Clinton rallies, saying that Springsteen would “do about two songs then leave … and everyone leaves with him. And she’s still speaking in front of the same lousy crowd. Craziest thing I’ve sever seen.”

The Prince Estate reacted to Trump breaking the promise he made in a letter, which was reproduced in a tweet. “President Trump played Prince’s ‘Purple Rain’ tonight at a campaign event in Minneapolis despite confirming a year ago that the campaign would not use Prince’s music,” their statement said. “The Prince Estate will never give permission to President Trump to use Prince’s songs.”

Last year, Springsteen described the president as “deeply damaged” and “dangerous.” “I do feel that people feel under siege, and sometimes for reasons that I don’t agree with and that are unfortunate,” he said. “Their way of life is somehow threatened — is existentially threatened. And maybe that explains Trump and maybe it doesn’t, but … that’s always been a part of the American story.”

In 2012, Trump attacked Springsteen for his support of then-president Barack Obama’s re-election campaign. “Why would Ohio listen to Bruce Springsteen reading his lines?” he said. “Be careful or I will go to Ohio and Mitt Romney will win it!”