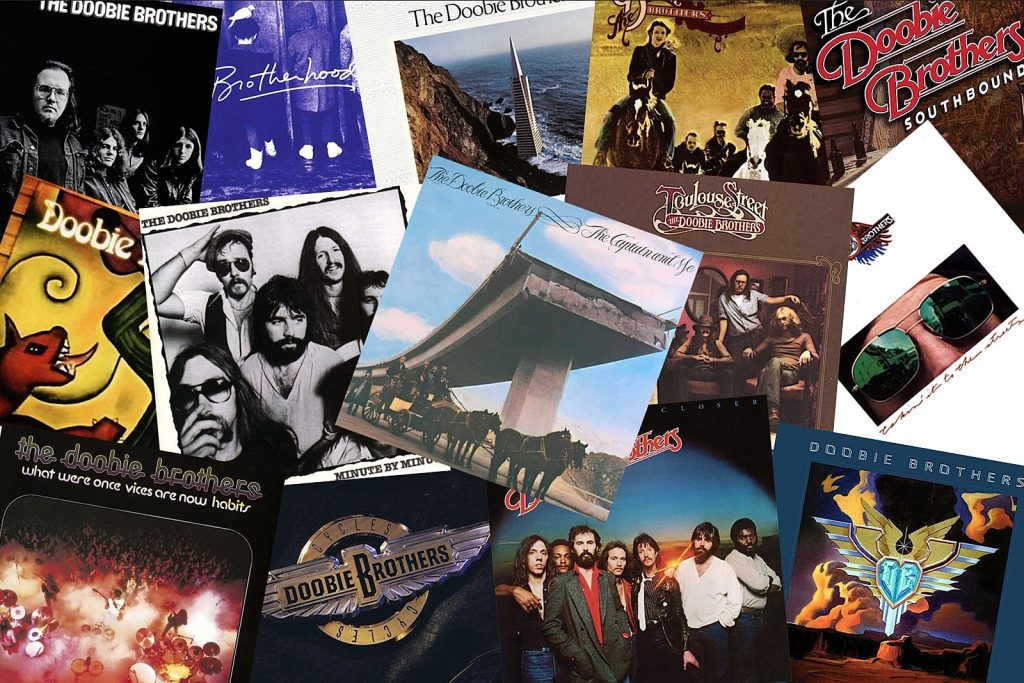 Fans may divide today over these two periods, but there was a surprising balance in sales back then.

They had three platinum or multiplatinum albums with Johnston, including the blockbuster Top 5 2-million-selling What Were Once Vices Are Now Habits. They also struck gold twice, with 1975’s Stampede and the 1989 reunion album Cycles.

They had three platinum or multiplatinum albums with McDonald, including the blockbuster No. 1 3-million-selling Minute by Minute. He also helmed 1977’s Livin’ on the Fault Line, which likewise went gold.

The first incarnation had one chart-topping single, with Simmons’ “Black Water,” while the second edition went to No. 1 with McDonald’s “What a Fool Believes.”

Simmons then bridged the gap into their modern reunion era, as a revitalized Johnston helped 1989’s “The Doctor” become a Top 10 single. But McDonald still occasionally returned to their orbit, cowriting a song for Cycles and singing a duet with Simmons on 2010’s World Gone Crazy, while also joining them onstage.

This episodic history makes ranking every Doobie Brothers album a fun challenge. The eras are distinct but don’t always necessarily feature different personnel. Here’s how we think they stack up, from worst to best.