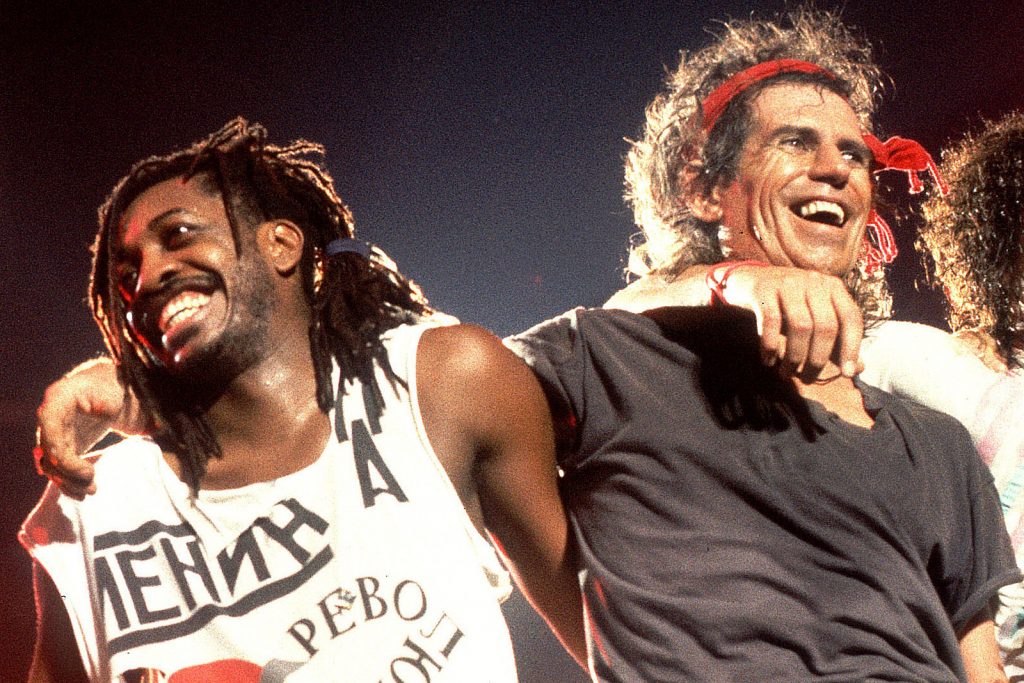 The Rolling Stones could have handpicked anyone to sub in for drummer Charlie Watts, who is “unlikely to be available” for the band’s fall 2021 tour while recuperating from a successful “procedure.” And while their selection, Steve Jordan, probably isn’t a household name for most rock fans, it’s hard to imagine a more worthy — or logical — candidate.

And his Stones connections run deep, having first entered their orbit during the recording of 1986’s Dirty Work. “When we were cutting [the record] in Paris, the drummer Steve Jordan came to hang out in the studio, and then played on the album, filling in for Charlie, who was having a wobble of his own, carried away for a time on various stupefiants, as the French have it,” Richards wrote in his 2010 memoir, Life, noting that the “very gifted all-around musician and singer” was then on leave from his job in David Letterman’s Late Night house band.

“Charlie had picked him out as a drummer back in 1978 when he was playing on Saturday Night Live and remembered him.”

Richards was so pleased that he recruited the drummer that same year for another project: playing on Aretha Franklin‘s cover of “Jumpin’ Jack Flash,” which appeared in the Whoopi Goldberg comedy movie of the same name. And Watts’ continual praise was also crucial, ultimately leading to an even higher profile job for Jordan. “At that time in the ’80s, Charlie Watts had said to me, ‘It looks like there’s going to be a bit of a break coming up [for the Stones]. And if you’re going to work with anybody else, Steve Jordan’s your man,’” Richards told Rolling Stone in 2020, detailing the formation of his backing band the X-Pensive Winos.

That group debuted on the guitarist’s first solo LP, 1988’s Talk Is Cheap, with Jordan serving as drummer, cowriter and coproducer.

“What I didn’t realize when Steve and I did get together was that we could also blossom into songwriting and much more areas than I expected,” Richards added. “So I was just taking one drummer’s advice about another drummer at the time. But once Steve and I started working, we realized that we had a lot more room to maneuver. And that we could stand each other.”

Promoting Talk Is Cheap to Rolling Stone back in 1988, Richards enthused about his new creative relationship with Jordan. “I managed to do some of the things that with the Stones I’d say, ‘Nah, can’t do that. Too complicated,’” he said. “I realized this writing with Steve Jordan. That was the other great thing: that I found somebody else to work with. To me, teamwork is important.”

“It is an absolute honor and a privilege to be Charlie’s understudy, and I am looking forward to rehearsing with Mick, Keith and Ronnie [Wood],” Jordan said in a statement. “No one will be happier than me to give up my seat on the drum riser as soon as Charlie tells me he is good to go.”