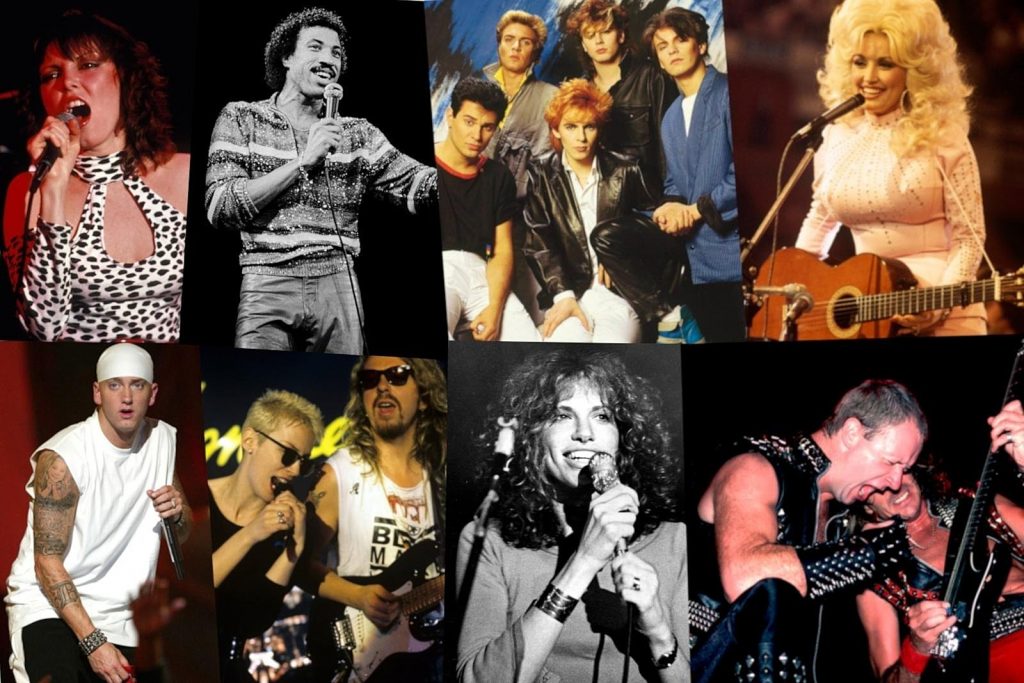 Duran Duran, Rob Halford, Pat Benatar and several other members of the Rock & Roll Hall of Fame class of 2022 were in a celebratory mood after learning of their induction this morning.

The Rock Hall will enshrine Benatar, Duran Duran, Eminem, Eurythmics, Dolly Parton, Lionel Richie and Carly Simon as performers this year, while Judas Priest will get in via the Musical Excellence Award.

“We are thrilled and humbled to become part of the Rock & Roll Hall of Fame family,” Benatar and her husband and guitarist Neil Giraldo tweeted. “Thank you to everyone who voted, especially the fans, and congratulations to all the other inductees.”

“We are so honored and thrilled and happy,” said John Taylor of Duran Duran, who also topped the Rock Hall fan vote by a landslide. “We really want to thank our fans, the people that have been voting for us, really, really pushing, giving us the people’s vote. We’re very proud of that. Nick [Rhodes]’s working on his speech. We’ll see you in Los Angeles.”

Simon was feeling reflective and humbled to be in such rarefied company when the Rock Hall caught up with her about her induction. “Well, it’s so personal because it’s not gonna be that important to anyone else,” she said. “I mean, it’s sort of nice for other people, if they like me, to say, ‘Oh, I’m with Carly Simon,’ just in the way that it’s great for me to be with Todd Rundgren or Bob Dylan or the Doobie Brothers or Robert Johnson or, I mean, so many. I can’t even begin to tell you how many people are my favorites.”

And what about Halford, whose band has long been considered one of the Rock Hall’s biggest snubs? “All I want is a self(ie) with Dolly Parton,” he jokingly told Billboard. The Metal God adopted a more serious tone when addressing the significance of Judas Priest’s induction, making them arguably the third-ever metal band to grace the Rock Hall following Black Sabbath and Metallica. “And glory hallelujah, there’s another metal band in now,” he said. “That’s the blessing we’ve all been waiting for.”

Halford said of the band receiving the Musical Excellence Award: “I think it validates the real musical adventure that Judas Priest has been on since Rocka Rolla. … One minute we can be your Turbo Lover and then we can be your Painkiller, and how amazing it is for a band to really search for those opportunities within the genre of heavy metal. So I think the acknowledgment of Musical Excellence is a really sweet addition.” You can see more reactions from the Rock & Roll Hall of Fame class of 2022 below.

Rambling speeches, fights between ex-bandmates and bad performances have marked many induction ceremonies over the years.