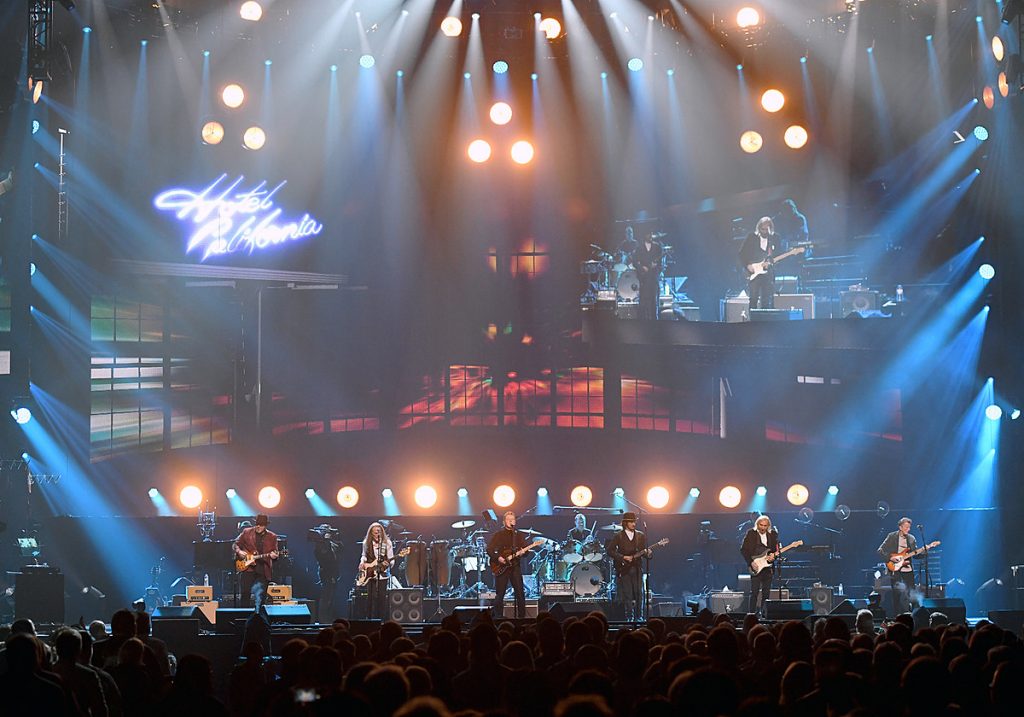 The Eagles kicked off their Hotel California tour last night (Feb. 7) with the first of three shows at the State Farm Arena in Atlanta.

With the help of an orchestra and a choir, they began by playing the hit 1976 album in its entirety and in sequence, including the “Wasted Time” instrumental reprise that opens the second side of the LP. Vince Gill took lead vocals on Randy Meisner’s “Try and Love Again.” After an intermission, they returned with “Seven Bridges Road” and continued with a greatest hits set that made room for three songs from Joe Walsh‘s career outside of the band — “In the City,” “Walk Away” and “Funk #49” — and Don Henley‘s “The Boys of Summer.” An encore added another Walsh hit, “Rocky Mountain Way,” and a second take of “Hotel California” to close out the night.

The set list was identical to the three shows they played at the MGM Grand Garden Arena in Las Vegas last year. You can check out photos from those dates below.

The Eagles will perform in Atlanta again tonight and Tuesday before playing three nights at New York’s Madison Square Garden. The U.S. tour will run through April 26 at the Talking Stick Resort Arena in Phoenix, and they also have upcoming dates booked in Mexico and London. Check their website for full details.