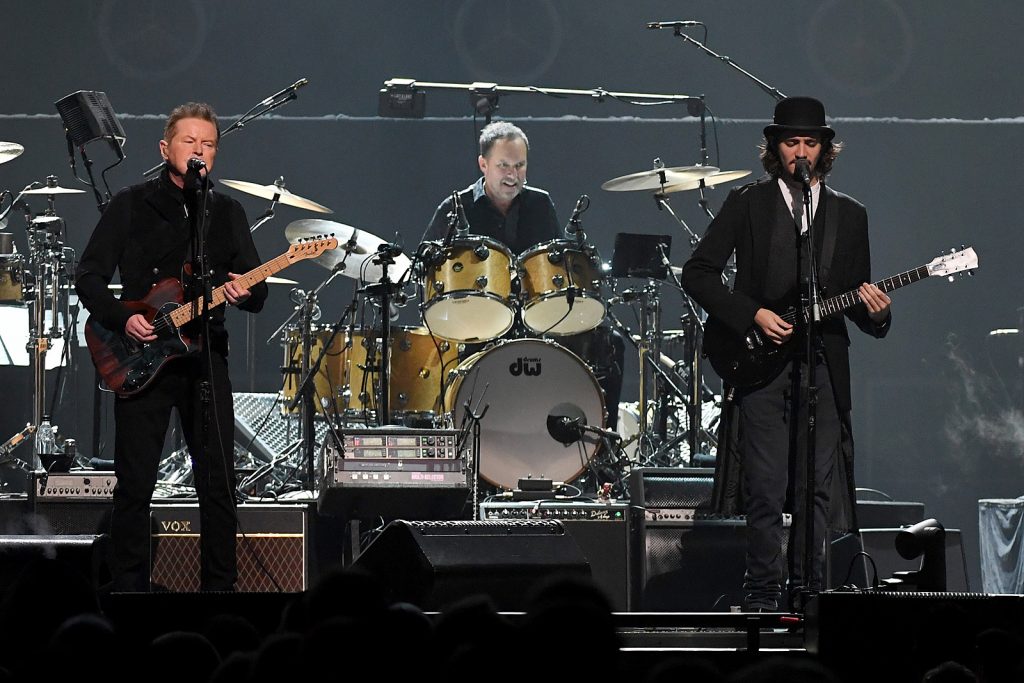 Eagles have resumed their Hotel California Tour, performing to a sold-out crowd on Saturday night in Savannah, Ga.

The set list for the evening stuck closely to previous tour performances, which included the entirety of 1976’s Hotel California. A second set of greatest hits featured songs like “Take It Easy,” “Tequila Sunrise,” “Peaceful Easy Feeling” and more. Approximately 8,000 people attended the show, making it the largest crowd so far at the newly built Enmarket Arena.

You can see video from the show, as well as view the full set list, down below.

They’ll continue on this tour of the U.S. until May 25. Eagles then head overseas in June for a string of European and U.K. dates. A complete list of shows can be viewed on the band’s website.

A look at how drugs, outlaws and lawsuits figure into these iconic images.