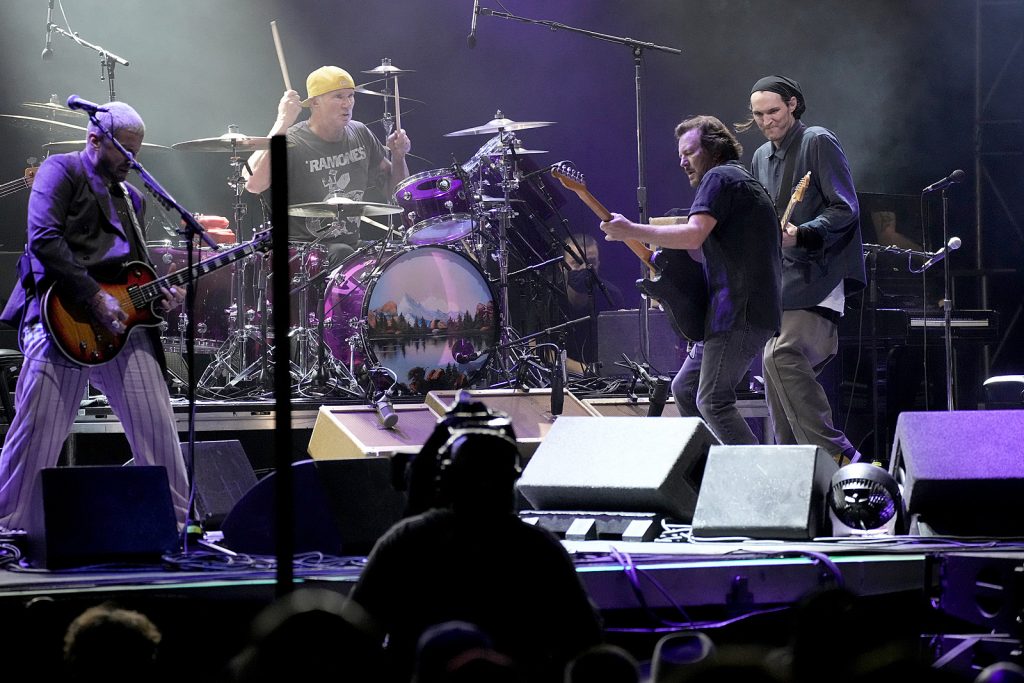 You can view a full set list, as well as video from the show, down below.

Vedder, who was already slated to headline the festival tonight as a solo act and tomorrow with Pearl Jam, took over Friday’s headlining duties last minute after Kings of Leon pulled out due to the illness (and ultimately, death) of their mother, Betty Ann. Vedder dedicated a version of his solo single ‘Long Road’ to Nathan, Caleb and Jared Followill and their mother. Vedder also included a cover of Kings of Leon’s early hit, “Molly’s Chambers.”

Also appearing alongside Vedder was his 17-year-old daughter, Olivia, who joined him for a performance of “My Father’s Daughter.” Additionally, the band debuted “Long Way,” a track that will appear on Vedder’s upcoming studio album, Earthling.