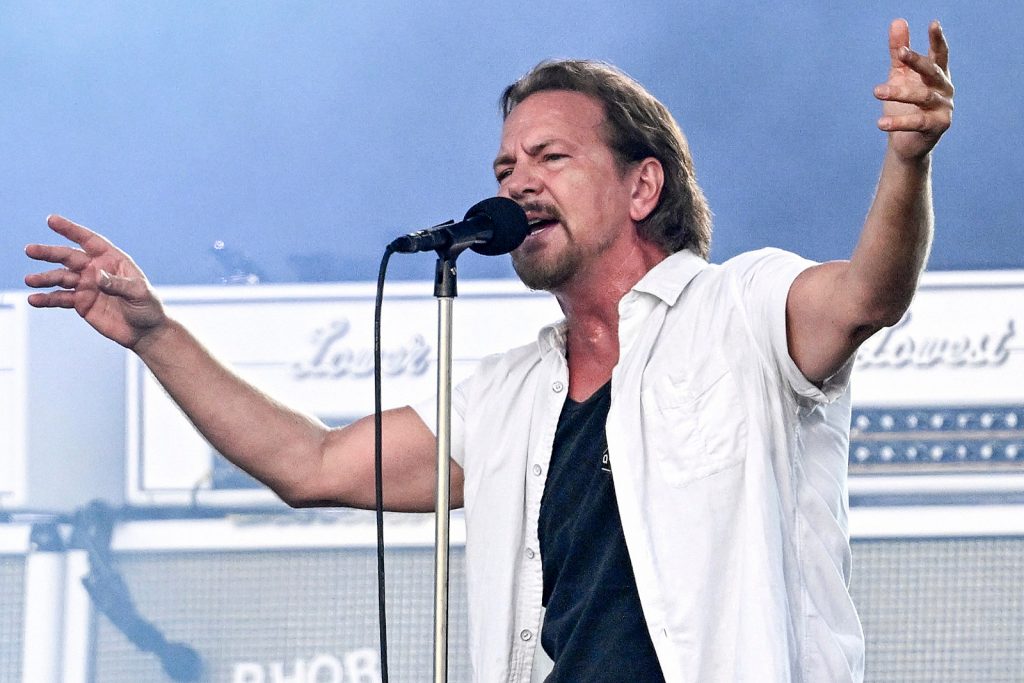 Eddie Vedder returned to performing on July 25, his first concert since damaging his vocal cords a little over a week prior.

Back on July 17, Pearl Jam headlined Lollapalooza Paris. The set took place amid a record breaking heat wave in Europe, with wildfires raging throughout France. Days later, the band revealed that Vedder’s voice had been damaged by the harsh conditions, forcing them to cancel shows.

“Due to the extreme circumstances at the last outdoor site outside of Paris (heat, dust, and smoke from the fires) our singer Ed Vedder’s throat was left damaged. He has seen doctors and had treatment but as of yet, his vocal cords have not recovered,” a message posted to Pearl Jam’s social media read in part. “As a band, we are deeply sorry and have tried to find options to still play. And Ed wants to play. There’s just no throat available at this time.”

Clearly, Vedder was feeling better in time for Pearl Jam’s July 25 concert, held at the Ziggo Dome in Amsterdam. The band rocked through a 21-song set, featuring many of their classic hits — “Alive,” Even Flow,” “Better Man” — as well as covers of Kiss’ “Black Diamond,” Prince’s “Purple Rain” and Neil Young’s “Rockin’ in the Free World.”

Fan shot footage from the performance can be found below.

Pearl Jam’s next concert is scheduled for Sept. 1 in Quebec City, Canada.