Elton John and Randy Newman Perform at the Oscars 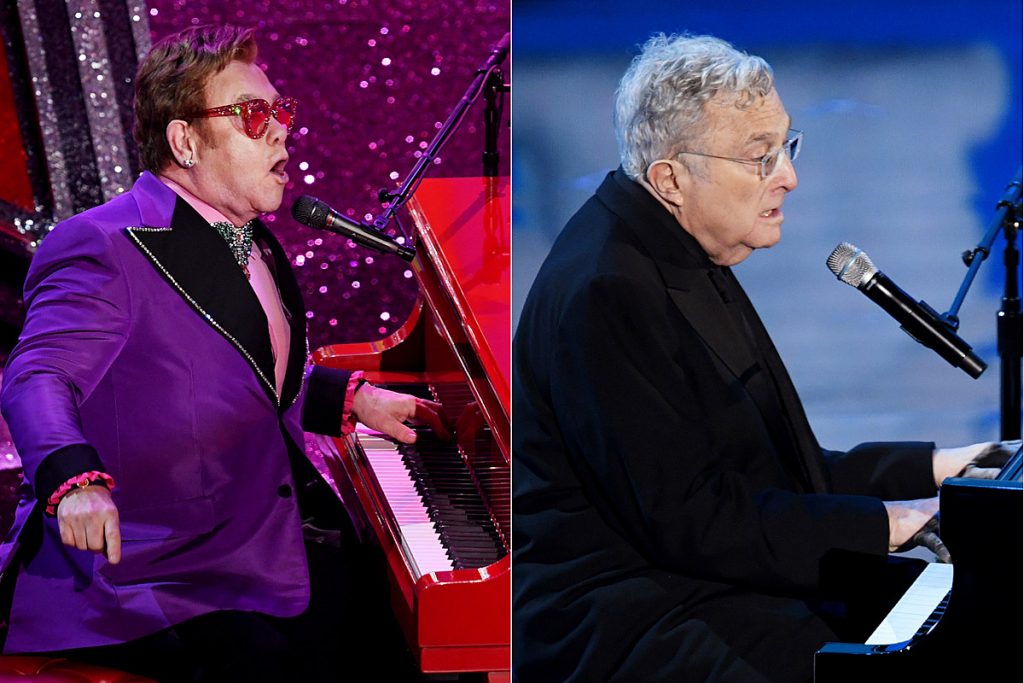 Two legendary musicians took the stage at the 2020 Academy Awards, as Elton John and Randy Newman each performed rousing renditions of their nominated tunes.

John — who previously won the ‘Best Original Song’ Oscar in 1995 for “Can You Feel the Love Tonight” from The Lion King — performed “(I’m Gonna) Love Me Again,” a track penned for his biopic, Rocketman. The iconic rocker, wearing a purple tux with black lapel and shimmering rhinestone piping, sat behind a red piano while belting out the tune. The stage was decked out for Sir Elton’s appearance, including an oversized replication of his iconic star sunglasses.

Though more subdued than John’s, Newman’s performance was equally impressive. The Rock and Roll Hall of Famer bounced his way through the upbeat “I Can’t Let You Throw Yourself Away,” his song featured in the film Toy Story 4. Newman is no stranger to Oscar night, having received 20 nominations prior to this year’s awards. He previously won ‘Best Original Song’ for “If I Didn’t Have You” from Monsters, Inc. (2001) and “We Belong Together” from Toy Story 3 (2010).

Newman was nominated for two Academy Awards this year. In addition to ‘Best Original Song,’ the celebrated musician was up for ‘Best Original Score’ for his work on Marriage Story.

This year’s classic rock performances continued a recent trend for the Academy Awards. In 2019, the esteemed award show opened with a performance by Queen + Adam Lambert. The band’s biopic Bohemian Rhapsody would later earn four awards. Eddie Vedder, Sting and Dave Grohl are among the other rockers to have graced the Oscars’ stage over the past five years.