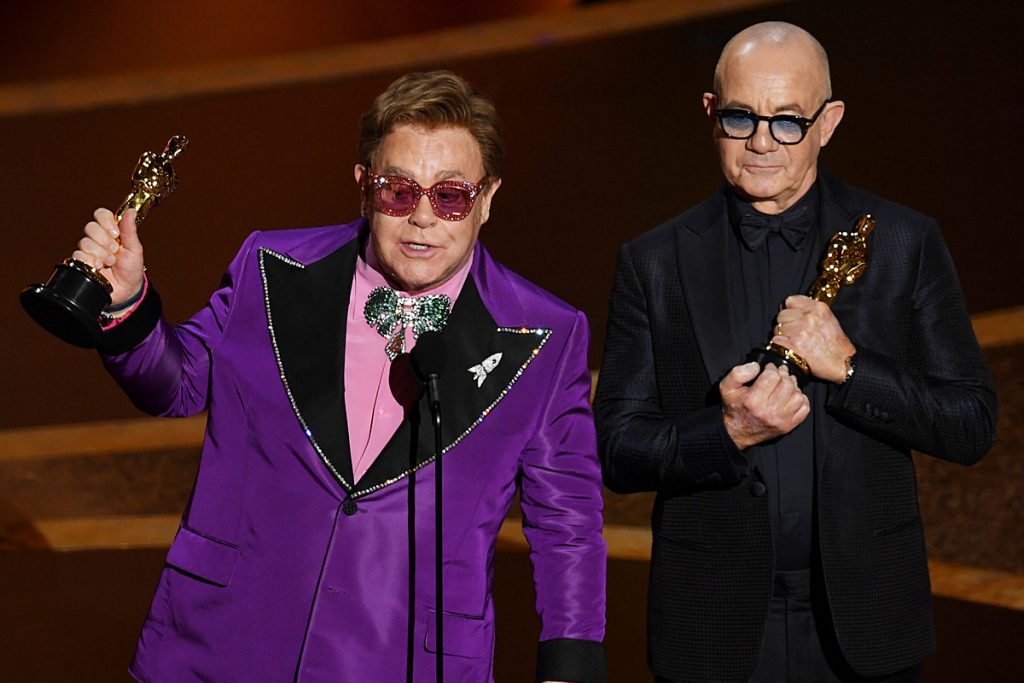 Elton John has struck Oscar gold for the second time in his career, winning ‘Best Original Song’ alongside Bernie Taupin for “(I’m Gonna) Love Me Again” from the biopic Rocketman.

During his acceptance speech, the iconic rocker first thanked his longtime collaborator. “Thank you to Bernie, who has been the constant thing in my life. When I was screwed up, when I was normal, he was there for me.” From there, John went on to thank the cast and crew of Rocketman, along with its distributor, Paramount Pictures. “This is a dream for us.”

John previously won an Academy Award in 1995, taking home ‘Best Original Song’ for “Can You Feel the Love Tonight” from The Lion King. That tune was penned alongside Tim Rice and not Taupin — John’s collaborator for the majority of his recording career. As such, this marked the first Oscar win for Taupin.

“This doesn’t suck,” the lyricist joked before proceeding with his acceptance speech. “This is just justification for 53 years of just hammering it out and doing what we do.”

Prior to the win, John had taken to the stage to perform his nominated work, tearing through a rendition of “(I’m Gonna) Love Me Again.”

The duo’s Oscar triumph comes on the heels of their victory at the Golden Globes earlier this year. Amazingly, that marked the first award the two had ever received together. “It’s the first time I won an award with him. Ever,” John noted during his Golden Globes acceptance speech. “We never won a Grammy, we never did anything together except for this and I’m so happy, thank you very much.”

John has five Grammys but did not win any of them with Taupin, who has been nominated twice, but never won.

The Academy Awards victory is just the latest benchmark in a busy time for John. The legendary rocker is in the midst of his Farewell Yellowbrick Road tour, the final trek of his illustrious career. The tour, which began in 2018, is currently slated to run through the end of 2020.