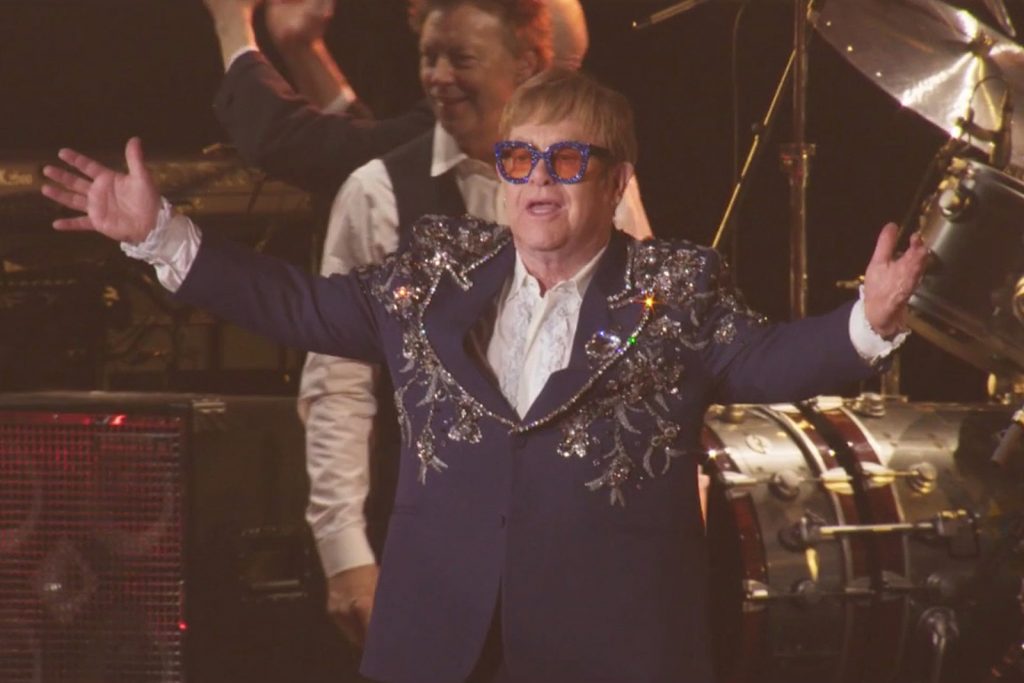 Over the corse of more than two and half hours, the music legend performed many of his most beloved tracks. The night opened with the classic 1974 chart-topping single “Bennie and the Jets,” before then rolling into an emphatic rendition of “Philadelphia Freedom.” “I Guess That’s Why They Call it the Blues,” “Tiny Dancer” and “Rocket Man (I Think It’s Going to Be a Long, Long Time)” were among the further highlights in a set that was full of them (complete set list can be found below).

Throughout the concert, Elton made reference to the historical significance of the night and his long relationship with Los Angeles. The singer mentioned that his first performance on American shores took place at the Troubadour in West Hollywood. Five years later, he’d play a pari of sold-out performances at Dodger Stadium, the legendary gigs ranking among the most famous of his career.

Several celebrity friends joined Elton for his final American performance. Singer Brandi Carlile came out to duet on “Don’t Let the Sun Go Down on Me,” while Kiki Dee later joined John in the duo’s classic duet, “Don’t Go Breaking My Heart.”

After a brief pause, Elton returned for an encore, donning an outfit reminiscent of his famous sequined Dodgers ensemble from 1975. He welcomed pop star Dua Lipa to perform with him on “Cold Heart,” the chart-topping hit from last year. Long-time collaborator Bernie Taupin was later brought onstage, much to the delight of the crowd.

As the performance was coming to a close, Elton spoke eloquently about his decision to retire from the road.

“I’m stopping touring, and this will be my last concert in America and Canada,” the singer confessed. “And the reason why I’m [done] touring, I think you know, is because I want to spend time with my family. So, I want to bring them out and show you why I’m retiring: David, Zachary and Elijah.” At this point John’s husband, David Furnish, and the couple’s two sons came on stage, once again eliciting a roar from the crowd.

Elton then gave a heartfelt thanks to his U.S. fans.

“I became successful first in America,” the rocker noted, while expressing his gratitude to everyone who purchased his music and attended his concerts. “So I want to thank you for that. You made me. Without America, I wouldn’t be here.”

Before playing his final song of the night, the rock icon delivered one parting message: “I wish you health, and love, prosperity. Be kind to each other. And farewell.”