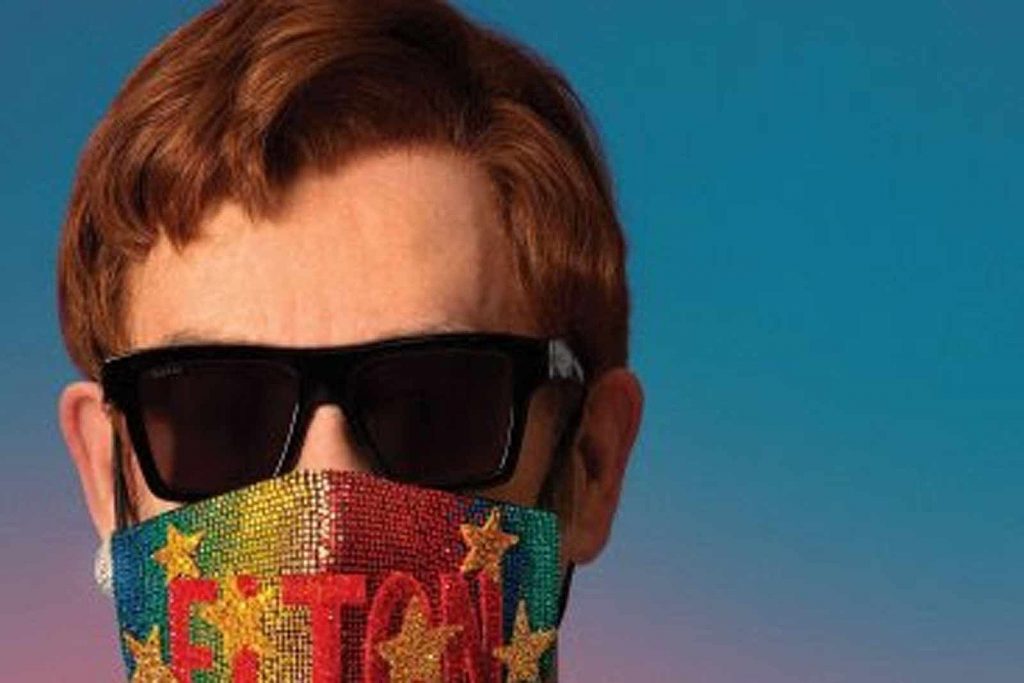 Elton John has made a point of comparing his duets album The Lockdown Sessions to the session work he did in the ’60s before breaking out as a solo artist. That makes sense because the knighted music legend occasionally takes a back seat to some of the high-profile guests featured here.

He’s enlisted some famous friends from across the contemporary-music spectrum: Eddie Vedder, Lil Nas X, Dua Lipa, Rina Sawayama and a pair of Stevies – Nicks and Wonder – are among the artists who join him on the album’s 16 songs, several of which were recorded remotely due to pandemic-induced restrictions. If the concept recalls John’s 1993 album Duets, the execution this time is more original, focusing on mostly new material vs. the covers found on that earlier LP.

While the first half of the album makes room for new takes on Pet Shop Boys’ “It’s a Sin” (with Years & Years) and Metallica‘s “Nothing Else Matters” (with Miley Cyrus), it also contains The Lockdown Sessions‘ best moments, like the ’70s throwback “Cold Heart” with Lipa, Sawayama’s slow-build “Chosen Family,” “After All” with kindred spirit Charlie Puth and previously released 2020 collaborations with Surfaces (“Learn to Fly”) and Gorillaz (“The Pink Phantom”).

John doesn’t entirely distance himself from his past – “Cold Heart” includes a lyrical swipe from “Rocket Man,” and his familiar piano playing graces many of the songs – but he’s less nostalgic than he’s allowed himself to be in years. The hip-hop and electronic tracks probably won’t win over any fans, old or new, and the second half piles on the more veteran (and in the case of Glen Campbell, late) singing partners almost as an afterthought. Still, it’s great to hear John move out of his comfort zone on occasion.

And if that requires him to step aside for sizable chunks of his own record at times, The Lockdown Sessions is better served because of this. John isn’t really, as he once claimed, “only the piano player“; he’s too big of a presence, in life and on record, to lose himself in such a smallish role. But John is also not averse to yielding the spotlight to several generations of artists who’ve been inspired by his timeless music.

Ultimate Classic Rock counts down every Elton John album, from worst to best.