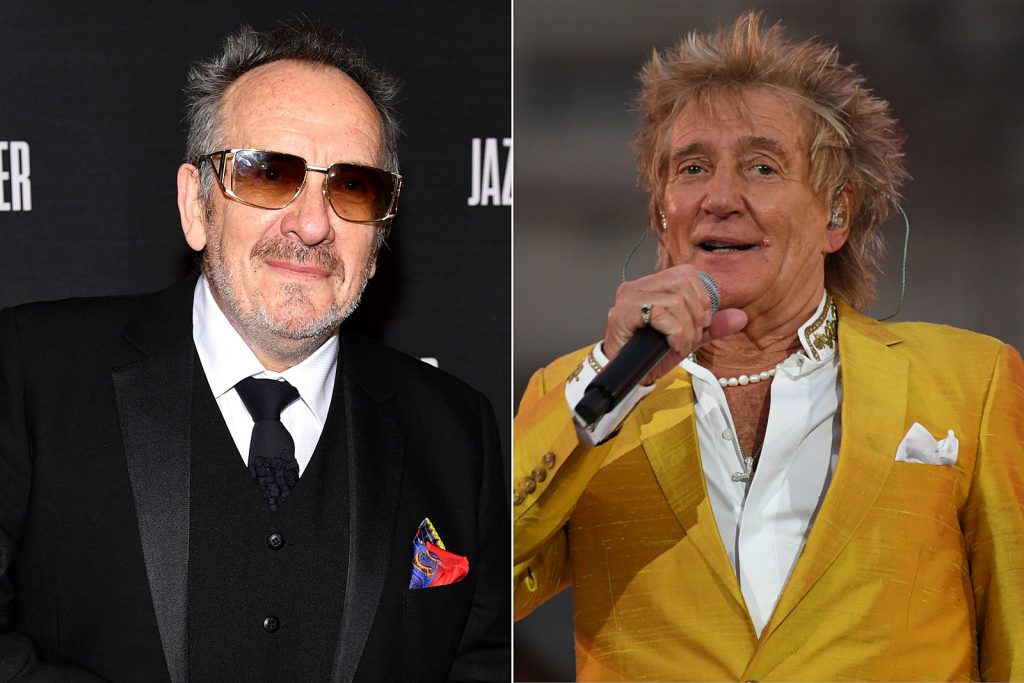 Stewart was one of the many artists who performed at the June 4 event at Buckingham Palace, delivering a brief portion of his 1983 hit “Baby Jane” before rolling into a cover of “Sweet Caroline.” Days later, during a tour stop in Glasgow, Costello paused mid-show to comment on the star-studded concert.

“The show was good, wasn’t it? Wasn’t it? No, it was shite,” the rocker said, before turning his attention to Stewart. “I mean, I know you all love him and he’s one of yours and everything, but Rod. What the fuck? I must say, listen, we all have bad nights vocally, but for fuck’s sake, Sweet fucking Caroline? Are you fucking kidding me? I mean I’ve been in show business 45 years so I do know a thing or two. How is it that nobody suggested Rod sing ‘You Wear It Well?’”

In posts to social media afterwards, Costello noted that his criticism was about the song choice and not the performance itself. “If you read my actual remark, it [was] about the wrong-headed idea of asking Sir Rod [to] pass up ‘You Wear It Well’ to lead a fucking singalong,” he explained.

Stewart chimed in via a tweet directed at Costello, explaining that his “voice was rough cos of Covid. I apologize, I though it better it to make an appearance rather than let everyone down so sorry.” He then took a dig at Costello, saying: “By the way where’s your hair gone mate?”

In response, Costello told Stewart “you know I love you,” and again clarified that he took issue with the song choice and not the performance itself. “As to gigs, I had a stinker the other night in Liverpool. They come and go, like hair, which I keep sewn in my hat.”

As to the reason why Stewart sang Neil Diamond’s “Sweet Caroline” at the jubilee event and not one of his own hits, the rocker’s wife, Penny Lancaster, offered this explanation: “The BBC said Rod we need you to sing ‘Sweet Caroline’, it’s the Queen’s favorite you have to do it so he didn’t have much of a choice.”