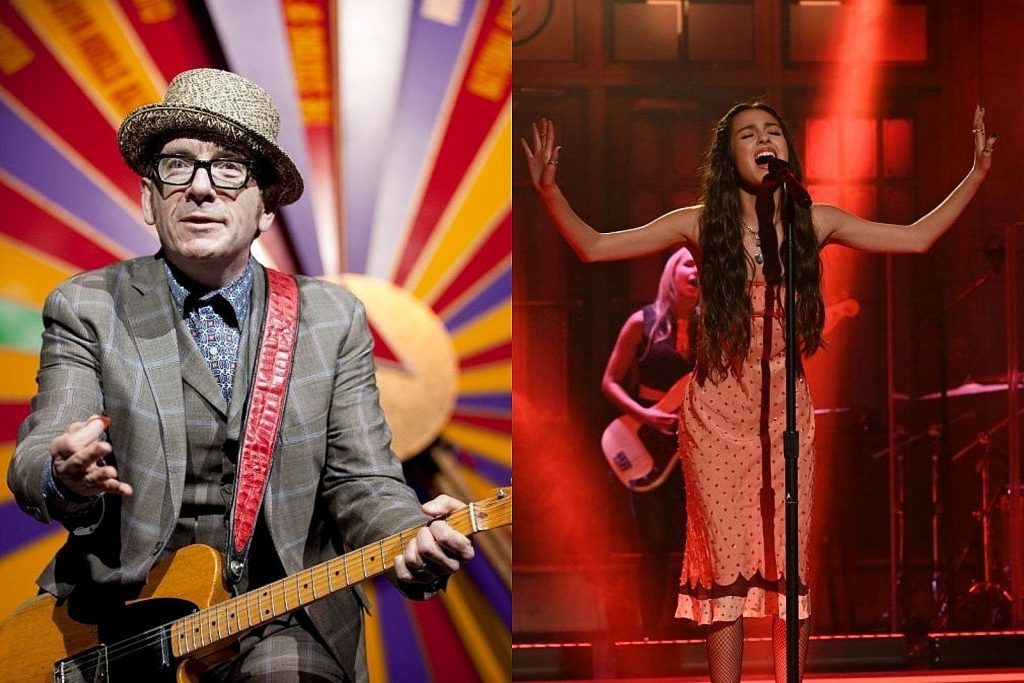 Elvis Costello defended pop star Olivia Rodrigo on Twitter after one observer claimed that the primary guitar riff in the newcomer’s “Brutal” plagiarized the riff from Costello’s 1978 classic “Pump It Up.”

“This is fine by me, Billy,” Costello wrote. “It’s how rock ‘n’ roll works. You take the broken pieces of another thrill and make a brand new toy. That’s what I did.”

“‘Pump It Up’ obviously took more than a little bit from ‘Subterranean Homesick Blues,'” Costello wrote in his 2015 autobiography, Unfaithful Music and Disappearing Ink, noting that U2 also appeared to have taken inspiration from “Pump It Up” with their 2009 song “Get On Your Boots.”

“One night, many years later, Bob Dylan said to me: ‘U2! How could they do that to you? How could they take your song like that?’ It took me a moment to know what he was talking about, and a moment more to realize that he was putting me on. But then, U2’s ‘Get On Your Boots’ was probably to ‘Pump It Up’ what ‘Subterranean Homesick Blues’ is to Chuck Berry’s ‘Too Much Monkey Business.'”

Listen to Elvis Costello’s ‘Pump It Up’

Rodrigo, whose debut album Sour is No. 1 this week, was the subject of another plagiarism dispute when she released the artwork for an upcoming album livestream event.  A photo features Rodrigo in prom attire, holding flowers with makeup running down her face, an image Courtney Love viewed as a copy of the cover her band Hole‘s 1994 LP, Live Through This.

“Stealing an original idea and not asking permission is rude,” Love wrote on Facebook, despite the concept for the Live Through This cover being a derivative itself, based on a famous scene in the 1976 horror movie Carrie. “There’s no way to be elegant about it. I’m not angry. It happens all the time to me.”