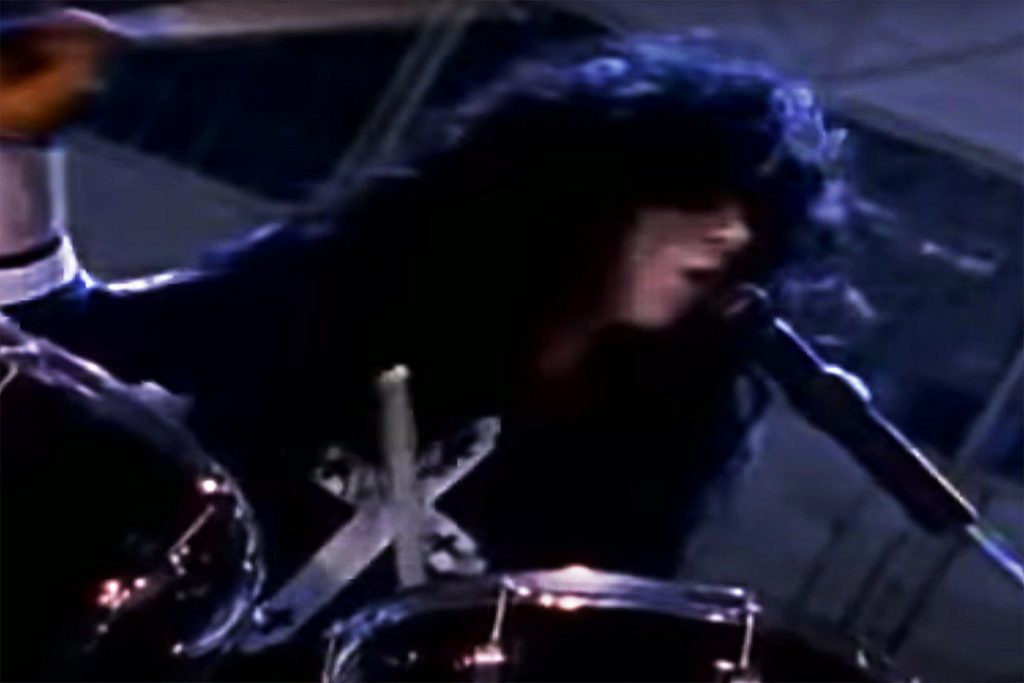 The sister of late Kiss drummer Eric Carr recalled his determination to appear in the video for their 1991 single “God Gave Rock and Roll to You,” despite being stricken with heart cancer.

Carr was too ill for studio work, which was completed by Eric Singer. But he’s said to have “begged” to appear in the promo clip, for which he had to wear a wig as a result of chemotherapy. He died at 41 a few months later.

“He wanted to be there,” Carr’s sister Loretta told Vinyl Writer Music in a recent interview. “People who were on set said that he was running rings around everyone. Everyone wanted to go to sleep, and he wanted to keep going. He always wanted to keep going, and that’s how he was. He loved it. He had the energy. It was the love of music, the love of being a part of the band. We all find that extra special strength in ourselves when we love what we are doing.”

Watch Kiss’ ‘God Gave Rock and Roll to You’ Video

Loretta Carr said her brother was optimistic that he’d win his health battle and return to Kiss, although it wasn’t to be. “I think he was what kept them alive,” she said of his influence on the band after he replaced original drummer Peter Criss. “It was not only the sound, it was his personality. There is more to an artist than the music. … People started to love him, and the kids got to know him as one of the nicest guys in the world. And he loved them; that’s more important sometimes than the music.”

She argued that Carr didn’t want to fill Criss’ shoes, and recalled his first appearance with the band in 1980. “He wanted to be his own persona, and he was,” Loretta Carr said. “By the end … they were cheering, ‘Eric!’ not ‘Peter.’ I was there, and I heard it. The chants were getting loud for Peter, and then the Eric chants started to drown them out until it was all Eric. All respect to Peter. No one can ever replace Peter. The band just needed to go on to the next level to continue.”