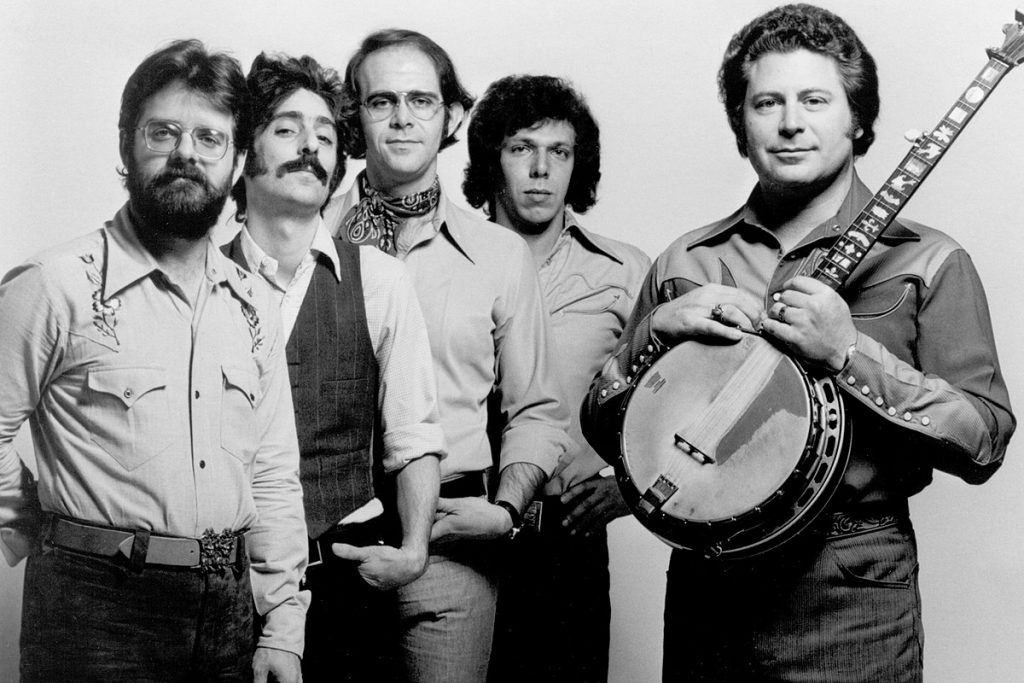 Bluegrass musician Eric Weissberg (far right in the above photo) died yesterday at the age of 80. He had a hit with “Dueling Banjos” from the movie Deliverance in 1972.

Weissberg’s son Will confirmed the news to Rolling Stone, adding that his father had been battling dementia for the past five years.

Born in New York City on Aug. 16, 1939, Weissberg gravitated toward the banjo after seeing a performance by Pete Seeger, who wound up teaching him the instrument. He eventually studied at the prestigious Juilliard School of Music, and then helped form the Greenbriar Boys before leaving to join the Tarriers and playing a host of stringed instruments, including upright bass. During this time he also released a solo album, New Dimensions in Banjo and Bluegrass, and served in the National Guard.

By 1965, the Tarriers had broken up for good, and Weissberg moved on to session work, playing on records by Judy Collins, John Denver and Melanie. Then he got an opportunity to record a version of an instrumental by Arthur “Guitar Boogie” Smith called “Feudin’ Banjos” for an upcoming movie starring Burt Reynolds. With Steve Mandell on guitar, the song was renamed “Duelin’ Banjos” and used in a famous scene in Deliverance.

The track peaked at No. 2 on the Billboard Hot 100, reaching No. 1 at Adult Contemporary and No. 5 at Country; the album of that name hit No. 1 and went gold. Still, Weissberg was unhappy with the finished recording because he believed it lacked authenticity compared to the original.

“I always hated ”Dueling Banjos,’ because I had the original version, ‘Feudin’ Banjos,’ with Arthur Smith and Don Reno,” he told Banjo Newsletter. “I hated it because it wasn’t bluegrass at all, it had a rhythm section, with drums. Who needs that?”

Despite Weissberg’s feelings about the recording, he then formed a group called Deliverance and continued session work, playing on Billy Joel‘s Piano Man album and others. In September 1974, Deliverance wound up doing a day’s worth of recording with Bob Dylan for the classic Blood on the Tracks, but only “Meet Me in the Morning” wound up on the album.

Weissberg also appeared on Talking Heads‘ 1985 LP, Little Creatures, adding steel guitar to “Creatures of Love” and “Walk It Down.”