Eurythmics Inducted Into Rock and Roll Hall of Fame 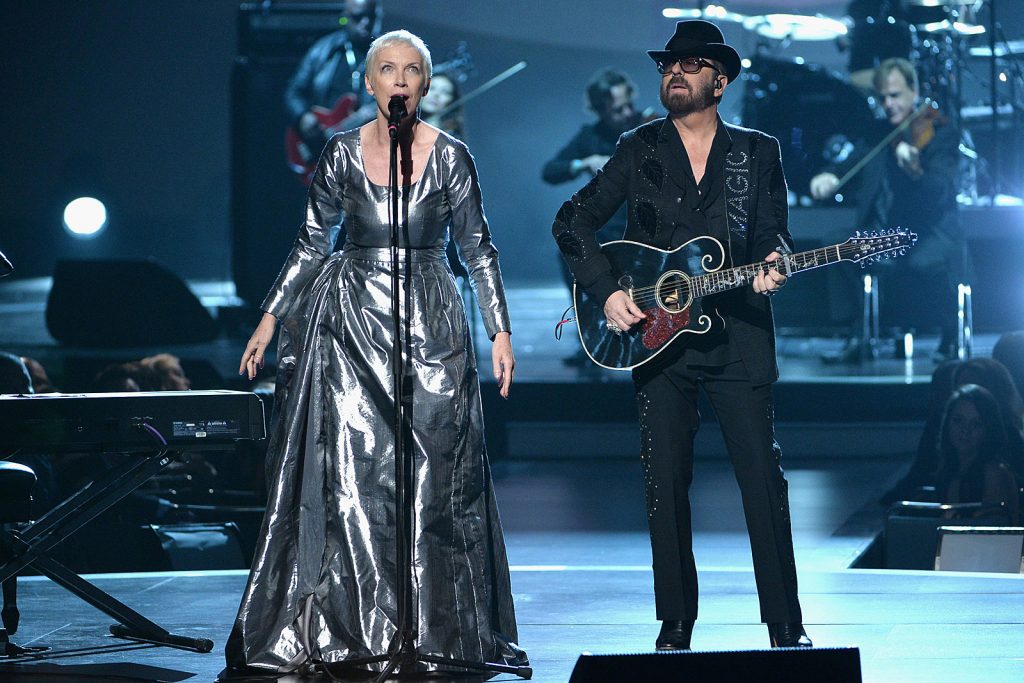 Eurythmics were inducted into the Rock & Roll Hall of Fame, joining the ranks 15 years after being first eligible.

Initially nominated in 2018, the second time was the charm for the duo of Annie Lennox and Dave Stewart, who were voted in with this year’s class.

“Music is in our blood cells, in our hearts and in the deepest parts of our souls,” Lennox said, after the Euryhtmics offered an assertive reunion performance. “We are grateful beyond measure to be part of this extraordinary diaspora.”

Stewart, meanwhile, said he was “extremely honored and humbled to be here today, and standing next to Annie – my greatest inspiration. … You know what Annie, after 45 years, we still rock.”

Eurythmics were consistently innovative but also often misunderstood. They scored a No. 1 hit single early in their career with “Sweet Dreams (Are Made of This),” but this path to success was a longer and tougher one. Lennox and Stewart paired up almost a decade before “Sweet Dreams” became a hit in 1983. Working together in the punk-inspired band the Catch, they changed course quickly, morphing into the Tourists and steering in a more pop direction.

Inductor the Edge of U2 argued that “it takes courage to dream and even more courage to continue to dream. … Their sweet dreams were forged in the furnace of failure and faith.”

Those formative years revealed something that became a hallmark for the duo, who tirelessly chased new sounds and styles throughout their career. In their eight albums, they exhibited a fearlessness of crossing and combining genres. Their love of smart and contemporary production techniques made Stewart an in-demand producer outside of Eurythmics, while Lennox pursued a successful solo career that started with the release of 1992’s Diva.