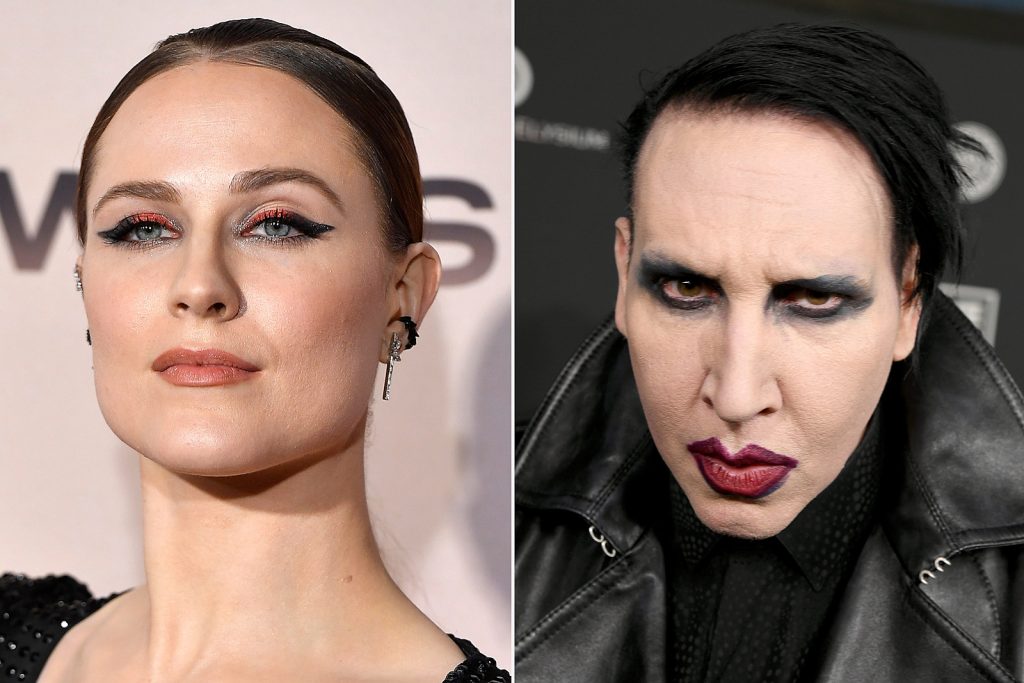 Evan Rachel Wood has accused Marilyn Manson of abuse, claiming she was traumatized and manipulated by the rock star for years.

The actress, known for her work on the HBO series Westworld and films such as Thirteen and Across the Universe, had previously alluded to having been in an abusive relationship with an unnamed ex. In a post to Instagram, she made her allegations clear.

“The name of my abuser is Brian Warner, also known to the world as Marilyn Manson,” Wood wrote. “He started grooming me when I was a teenager and horrifically abused me for years. I was brainwashed and manipulated into submission. I am done living in fear of retaliation, slander or blackmail. I am here to expose this dangerous man and call out the many industries that have enabled him, before he ruins any more lives. I stand with the many victims who will no longer be silent.”

Manson and Wood reportedly began dating in 2006, when she was 18 and he was 36. The couple was engaged in 2010 but broke up seven months later.

In a 2009 interview with Spin, Manson said he had “fantasies every day about smashing [Wood’s] skull in with a sledgehammer.” Years later, a representative for the musician explained that the quote was “obviously a theatrical rock star interview promoting a new record and not a factual account.”

The Hollywood Reporter notes that Manson had a police report filed against him in May 2018 stemming from “unspecified sex crimes dating back to 2011.” The case was dismissed as the statute of limitations had expired. At the time, Manson’s attorney denied all accusations against his client.

In the years since their relationship ended, Wood has become a prominent activist for domestic violence survivors. In 2019, the actress created the Phoenix Act, a bill that extends the statute of limitations on domestic violence from three years to five. At the time, Wood testified before the California Senate, recounting her experiences with an unnamed jealous, violent and abusive ex. The Phoenix Act was signed into law in October 2019 and took effect in January 2020.

Manson has yet to respond to any of the allegations, including Wood’s. His most recent album, We Are Chaos, was released in 2020. The rocker has also enjoyed a career as an actor, with guest spots on the series Sons of Anarchy, The New Pope, Salem and American Gods among his credits.