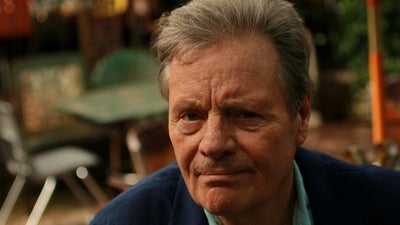 Veteran Texas bluesman Delbert McClinton is a talented recording artist who is no stranger to the top of the charts, but the real magic happens when he hits the stage. McClinton’s hootin’ and hollerin’ take on the blues gets the whole crowd jumping at his live shows. His incredible harmonica and guitar playing really bring favorites like “Giving It Up for Your Love” and “Every Time I Roll the Dice” to life. Whether he’s telling a hilarious story or sharing the spotlight with his killer saxophonist, McClinton is a gracious and authentic performer who always impresses on his unforgettable tours.

Born in Lubbock, Texas, McClinton cut his teeth playing in a bar band called the Straitjackets before hitting the charts in 1962 with his harmonica playing on Bruce Channel’s No. 1 hit “Hey! Baby”. He began releasing his own albums in the early ’70s, finding his way onto the charts with albums like Love Rustler (1977) and Keeper of the FLlame (1979). A talented songwriter, McClinton also penned hits for other artists, including the 1978 Emmylou Harris No. 1 smash “Two More Bottles of Wine”. He scored a hit single of his own in 1980 with “Giving It Up for Your Love”, which peaked at No. 8 on the Billboard 200. McClinton continued releasing successful albums throughout the ’80s and ’90s, but things really picked up in the ’00s when he landed four No. 1 albums on the US Blues chart and nabbed a Grammy for his 2005 album The Cost of Living. A gifted performer, McClinton continues to tear it up for fans whenever and wherever he tours.

“Delbert put on a great show last night! He was energetic and as always, his band was superb!”

“Delbert is still making us sing and dance as he always has. With a terrific young sax player and superb drummer, he and his band had us out of our seats and having a rollicking good time. ”

“Delbert McClinton is a Hall of Famer and a Legend, but make no mistake he can rock the house. His show was filled with great song after great song. Blues, rock, honky tonk, country and boogie woogie. He is the consummate artist, singer songwriter”