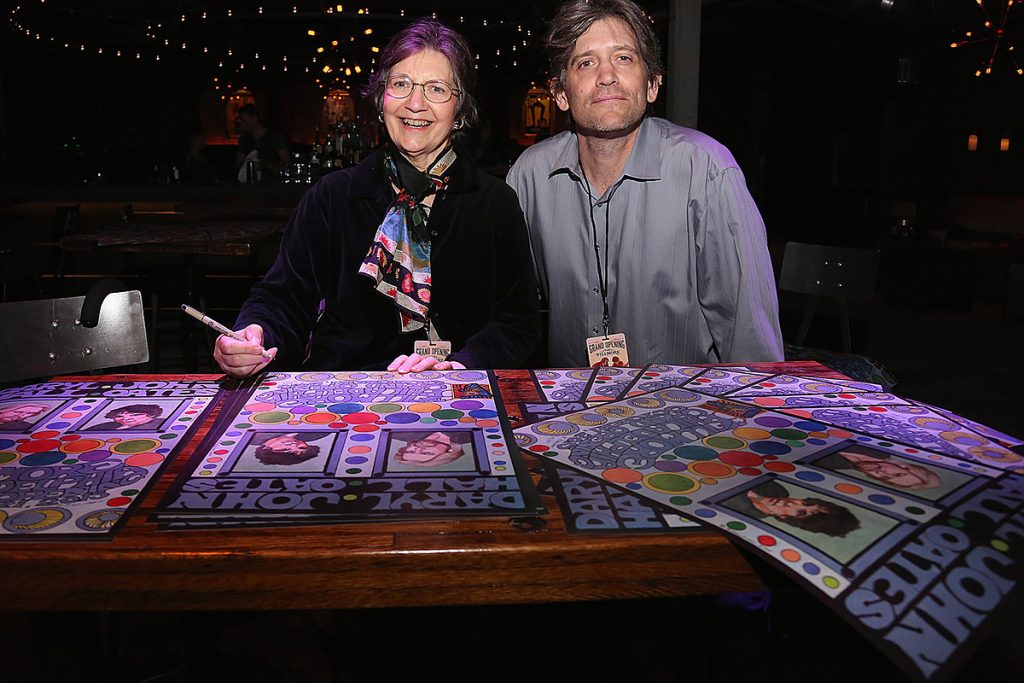 Psychedelic poster artist Bonnie MacLean, best known for posters she designed for promoter Bill Graham’s Fillmore concerts, died on Feb. 4 at the age of 80, according to Paste.

Remarkably, she created just 32 works – most in 1967 – and had ended her affiliation with the famous venue by 1971. However, the promotional material she produced for shows by the Doors, Jefferson Airplane, the Who and others went on to become highly collectible.

MacLean landed the job after the venue’s previous artist, Wes Wilson, quit after a disagreement with Graham. (Wilson died on Jan. 24.) She married Graham in 1967 and they had one son, David, before splitting in 1971 and divorcing four years later. She returned to Pennsylvania, where she studied, and married artist Jacques Fabert in 1981. She spent most of her career painting nudes.

“MacLean’s style often dabbled in storybook expressionism, with great wooden engravings, fae-like women and mystic renderings of peacocks,” Paste noted. “Her style is definitive among the works of other poster artists at the time, with a clear whimsy and talent behind each.” Classic Posters wrote that the “poster art created by Bonnie MacLean to promote 1960s and ’70s live-music concerts, club dates and legendary events is among the most collectible rock poster art of the period.”

“The success of the posters [that] developed over years surprised me,” MacLean told The Key in 2015. “I knew people were collecting in those days, but I did not know that it would reach the heights that it has. My posters are in museums all over world now – it’s amazing.”

Throughout her career, she avoided the use of computer-aided design, arguing that it wasn’t a “dependable” form of production. “And it’s certainly not handwork,” she noted. “I think handwork needs to be kept alive. It’s something people are inclined to do naturally, it’s something we have a human built in desire to do. It always has been, it still is.”