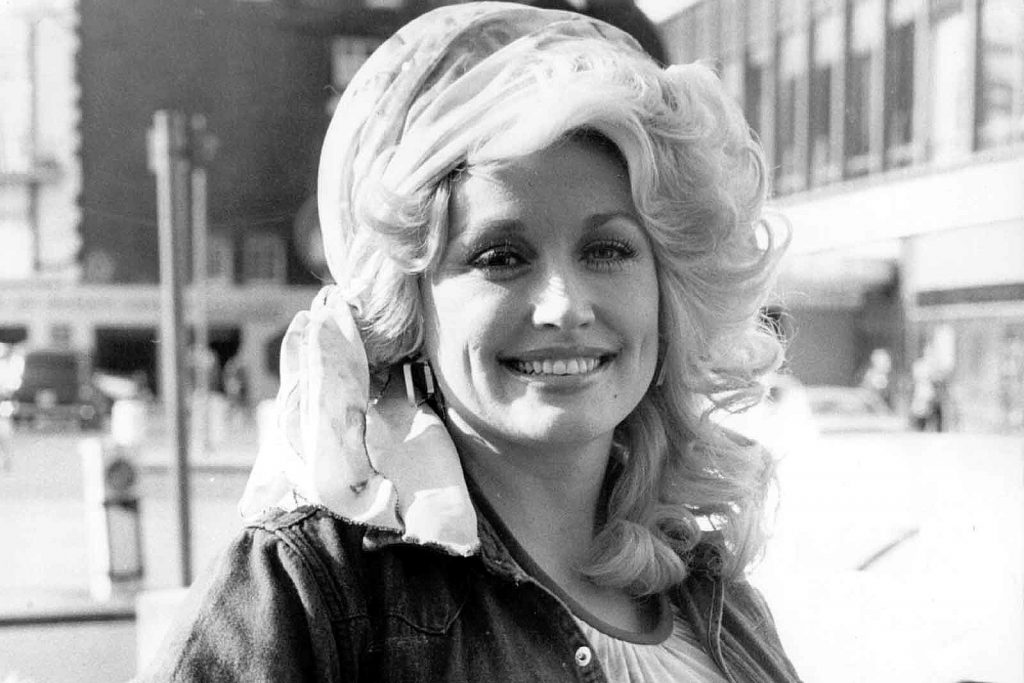 Part of the delay no doubt has a lot to do with her country roots. The Rock Hall has honored a handful of other country artists over the years, but performers like Johnny Cash and Hank Williams have skirted the line thanks to their “rebel” reputations. Parton has rarely rocked the boat, but her influence has cut across genres in the decades since she first recorded. She could and should have been nominated years ago but didn’t receive her first nomination until 2022.

Her pop appeal alone is enough to justify her induction. She’s had more than two dozen pop chart hits in addition to the 100-plus country hits she’s tabbed over the years. And she’s written and recorded classic songs going all the way back to the early ’70s. So, what are you waiting for, Rock Hall voters? We offer Five Reasons Dolly Parton Should Be in the Rock & Roll Hall of Fame.

Parton reached No. 1 on the country chart 25 times, a record for a woman artist. The most impressive part? She’s written most of those songs. Her classics include the autobiographical “Coat of Many Colors” (the title track to her breakthrough 1971 album), “Jolene” (which has been covered by artists as diverse as the White Stripes and Lil Nas X) and “9 to 5,” part of a package deal with a same-titled movie she starred in. And she didn’t score her first Top 20 country hit, 1967’s “Something Fishy,” until only her name appeared as a songwriter (earlier singles were covers or co-writes).

… Including One of the All-Time Biggest

Parton wrote “I Will Always Love You” in 1973 following her professional split from Porter Wagoner, a country singer who mentored Parton during the early part of her career. A year later the track became her third No. 1 country hit. In 1982 she rerecorded the song for the movie The Best Little Whorehouse in Texas, and it hit No. 1 again. In 1992, “I Will Always Love You” was revived for another movie, The Bodyguard, starring Whitney Houston. Her version made it to No. 1 on the pop chart and stayed there for 14 record-breaking weeks. It remains one of the biggest-selling songs of all time.

Parton possesses one of the warmest, purest voices in music. It’s undoubtedly rooted in country and capable of navigating the genre’s many branches – from bluegrass to countrypolitan – but Parton’s ability to tailor her voice for pop radio has led to hits that defy easy genre labeling. Her heavenly soprano has also made Parton a favorite duet partner over the years. In addition to the excellent Trio album she made with Emmylou Harris and Linda Ronstadt in 1987, Parton anchors the No. 1 1982 single “Islands in the Stream,” stealing the song from heavyweights Kenny Rogers and Bee Gees.

Parton’s list of achievements starts with country – her first single was released in 1959 – but expanded to include pop hits (“9 to 5” made it to No. 1 in 1980), movie roles, self-effacing talk-show appearances and an amusement park. She’s been nominated for Academy, Grammy, Tony and Emmy awards. She’s been married for more than 50 years, has donated millions to charitable causes and has been a vocal supporter of Black Lives Matter and the LGBTQ+ community. There aren’t too many people out there, let alone in entertainment, who are as across-the-board awesome as Parton.

Her Catalog Is Filled With Buried Treasures

When you’ve been making music as long as Parton has, songs and even entire albums are bound to get neglected and forgotten. She’s released close to 50 LPs since her 1967 solo debut, so even her most devoted fans would be hard-pressed to remember all of them. There are traditional country albums from the ’70s, covers collections in the ’80s and bluegrass records from the ’00s worth rediscovering. And why 1982’s great, melancholic “Hard Candy Christmas” (from The Best Little Whorehouse in Texas) hasn’t become a holiday perennial by now is one of life’s great mysteries.

When the group gets inducted into the Rock & Roll Hall of Fame without you.