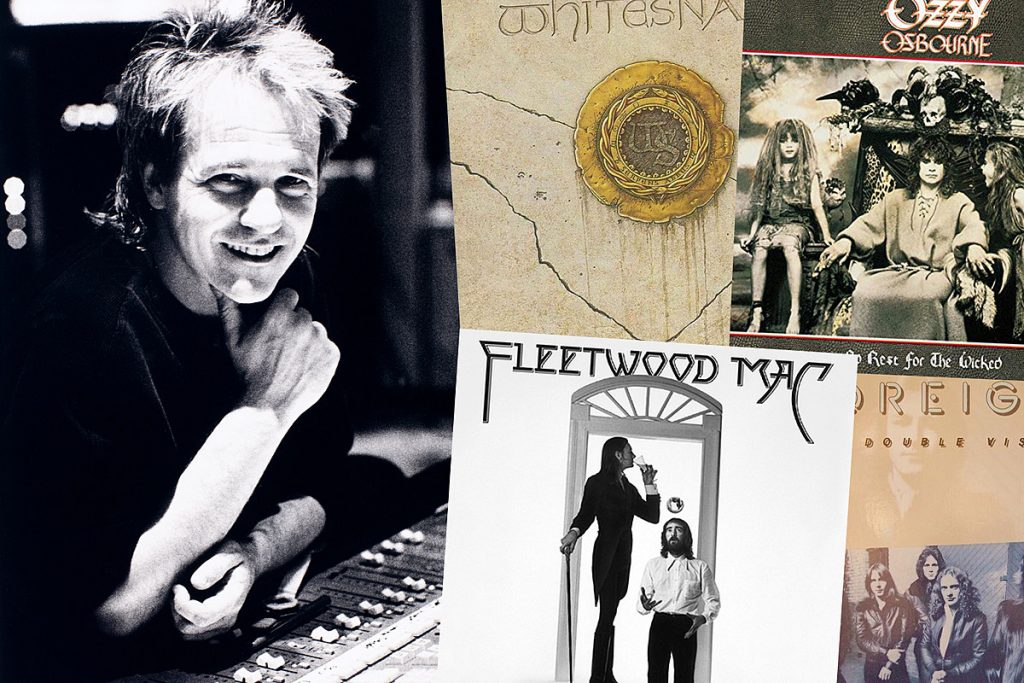 Though he may best be remembered for his work alongside Fleetwood Mac, the prolific music veteran teamed with a long list of artists over the course of his career, contributing to many legendary releases. Olsen’s age and cause of death have not been revealed.

The Scorpions, whose 1990 LP Crazy World was produced by Olsen, were among the first to report the producer’s death. In a post to the band’s official Twitter page, the group called their fallen collaborator a “wonderful guy” who will “live on in the music.”

Born in Sioux Falls, S.D., Olsen cut his teeth in the Minneapolis music scene. He collaborated with a variety of acts from the area, eventually becoming the bass player for the Music Machine, a group best-known for their 1966 hit “Talk Talk.”

By the late ‘60s, Olsen relocated to Los Angeles, eventually becoming an engineer at the iconic Sound City Studios. “I had enough electronic training in college to know what’s going on underneath the desk, enough musical training to know what should be going on top of the desk and on the other side of the glass,” the producer would later recall. “And then these opportunities to go start working with some bands started coming in.”

The first of those opportunities came with a couple of fledgling musicians, Stevie Nicks and Lindsey Buckingham. Olsen produced the duo’s self-titled 1973 LP, noting how special the artists sounded together. “There was a timbre that happened when the two voices would join that was unique,” Olsen explained. “You never heard that before. And I don’t think you’ve heard it since. Those two voices sing like that and sound like that for a reason-they were meant to sing together.”

Olsen would go on to produce Fleetwood Mac’s 1975 self-titled LP. The album, featuring such classic hits as “Rhiannon,” “Say You Love Me” and “Landslide” would hit No. 1 on the Billboard chart, eventually selling more than seven million copies in the U.S..

According to his website, Olsen produced more than 120 albums in total, with 24 earning platinum certification or better. The site goes on to note that “sales from Keith Olsen’s work exceeds 125 million units at retail, equaling more than a billion dollars in business.” The producer also earned six Grammy awards over the course of his career.