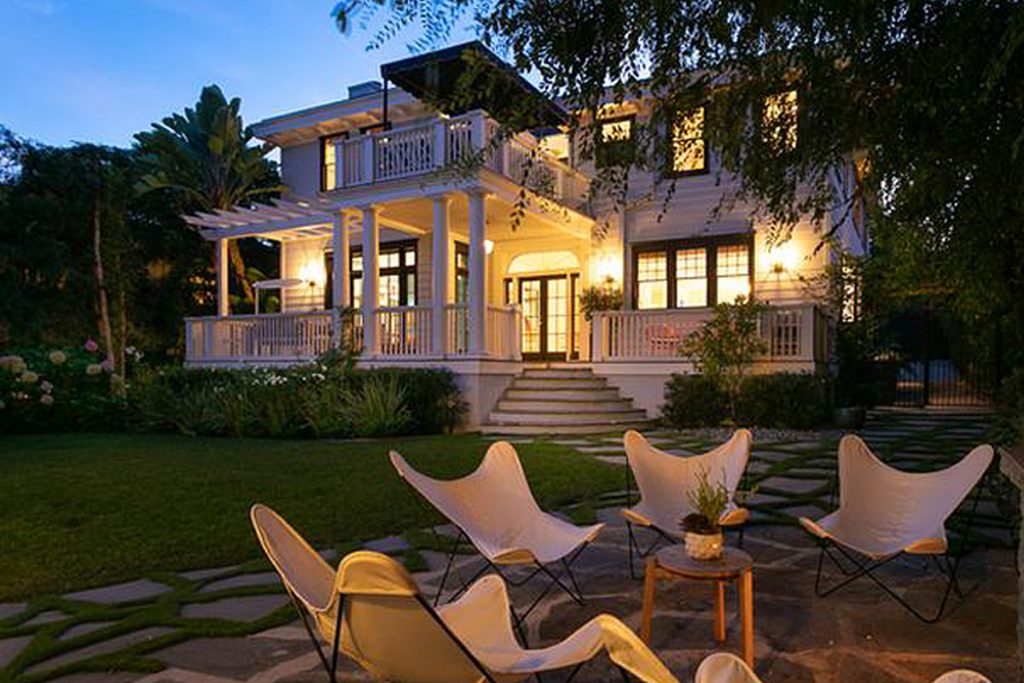 Neil Finn, who rose to fame in Split Enz and Crowded House and is in the current lineup of Fleetwood Mac, has purchased a $4.3 million house in the Los Feliz section of Los Angeles.

According to the listing, which was held by Michael Maguire of Compass, the 1922 Colonial is a “Hamptons-style stunner,” featuring the original architectural detail, including high ceilings and large windows that allow for a “sun-drenched living room.” The four-bedroom, four-and-one-half bathroom home covers 4,340 square feet on a 9,698-square-foot lot that also incorporates a landscaped yard, fully renovated guest house, pool and outdoor fireplace.

Its “oversized” kitchen contains two islands and a walk-in pantry, with a separate dining room and a butler’s pantry nearby, while the family room is “outfitted with incredible millwork” and has access to a deck that wraps around to the back. The master suite features a Calacatta Gold marble fireplace, huge walk-closet, Jacuzzi tub in the bathroom and views of downtown Los Angeles.

Another selling point, according to the listing, is its proximity to Griffith Park, the Greek Theater and other attractions in the neighborhood. Dirt notes that Finn purchased the home from Tim Long, who has written for The Simpsons and The Late Show With David Letterman; the house has also been owned by actress Katherine Heigl.

Finn became a member of Fleetwood Mac in 2018, after Lindsey Buckingham was fired. Band founder Mick Fleetwood recently said the group was “very, very committed” to Finn and Mike Campbell, who joined at the same time, even if Fleetwood Mac are not planning to do long tours in the future.

You can see photos of Finn’s new house below.