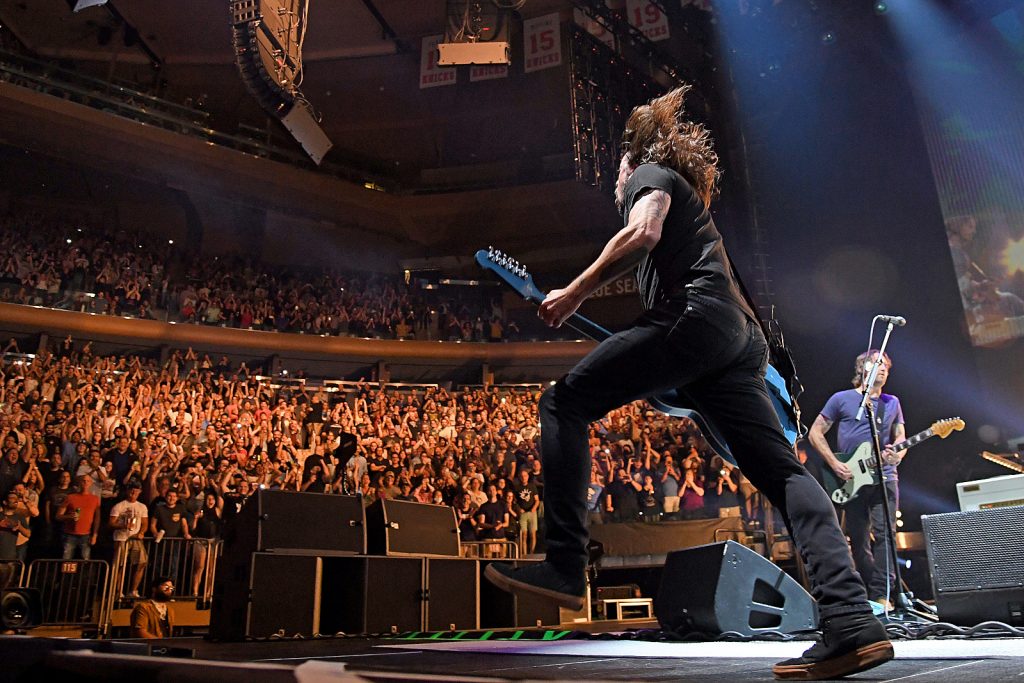 Arena rock returned to New York City on Sunday night (June 20), as the Foo Fighters tore through a collection fo their most beloved songs in front of a full-capacity crowd at Madison Square Garden.

The evening started with “Times Like These,” a song that took on added poignancy during the COVID-19 pandemic. In April 2020 an assortment of singers covered the track as part of the BBC’s Live Lounge ‘Stay at Home’ project. It became a viral hit, reaching No. 1 on the U.K. chart and raising funds for an array of charities.

Following “Times Like These,” the Foos dug further into the bag of hits, delivering their 2007 Grammy Award winning song “The Pretender,” followed by “Learn to Fly.” Further set highlights included “My Hero,” “Walk” and “Monkey Wrench.”

Much like he did at the Foo Fighters’ recent Los Angeles club show, drummer Taylor Hawkins stepped up to the mic, delivering a a cover of Queen’s “Somebody to Love.”

The biggest surprise of the evening happened 17 songs into the performance, as the band welcomed Dave Chapelle to the stage for a rendition of Radiohead’s “Creep.” The comedian memorably hosted Saturday Night Live in 2020, with Foo Fighters serving as the episode’s musical guest.

After closing their initial set with “Best of You,” Foo Fighters returned to the stage for a three song encore. Among the tracks, a cover of the Bee Gees’ “You Should Be Dancing.” The band will be releasing a Bee Gees covers album — under the pseudonym the Dee Gees — in July for Record Store Day’s second 2021 event. The Foo Fighters closed their set with an emphatic rendition of their classic song “Everlong.”

Pictures, videos and a full set list from the performance can be found below.

The concert marked the first full capacity event held at Madison Square Garden since COVID-19 restrictions were relaxed. Proof of vaccination was required for those in attendance, a fact which angered some anti-vax advocates who protested outside the show. The Foo Fighters dedicated their performance to Andy Pollard, the band’s longtime stage manager who died on June 18.

Watch the Foo Fighters Cover ‘You Should Be Dancing’