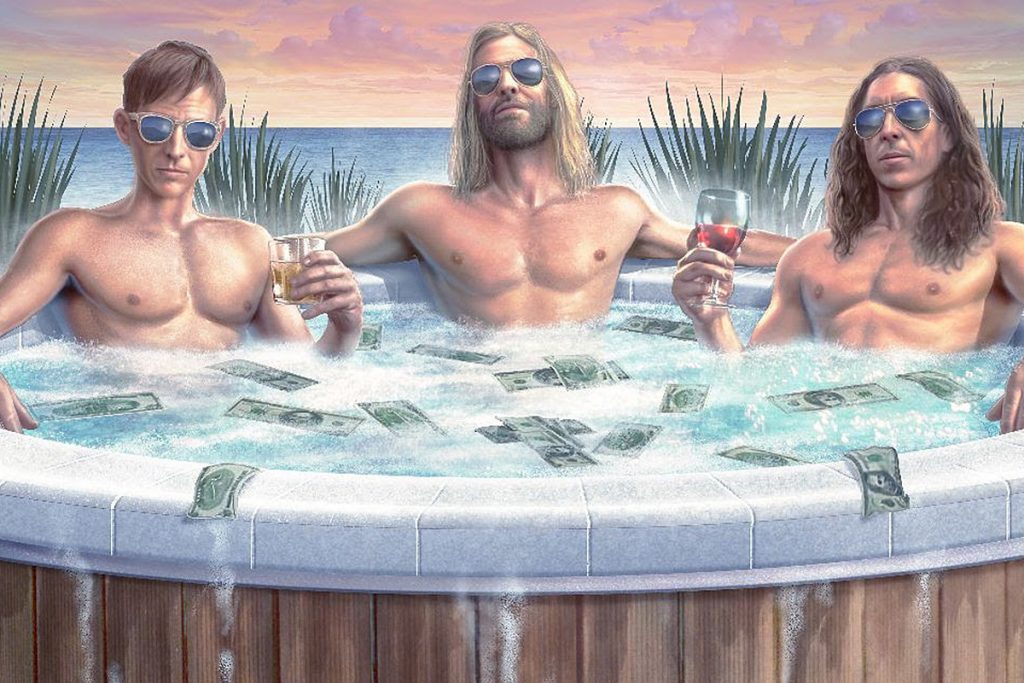 Foo Fighters drummer Taylor Hawkins has announced a new album titled Get the Money, and he brought many of his high-profile rock star friends along for the ride.

Produced by Hawkins and John Lousteau, Get The Money is set for release on Nov. 8 via Shanabelle/Columbia Records. Taylor’s backing band, called the Coattail Riders, includes Lousteau, Chris Chaney and Brent Woods.

The album’s first single is “Crossed the Line,” a frantic blitz of frenetic rock energy featuring Grohl and Davison. Listen below.

Hawkins formed Coattail Riders as a side project in 2004. The group has released two previous albums, a self-titled LP in 2006 and 2010’s Red Light Fever.

The Coattail Riders aren’t Hawkins’ only non-Foo endeavor. He co-founded the Birds of Satan, a hard-rock trio boasting a bombastic sound, in 2014. They released one self-titled album, with Grohl, Smear and Davison again among the featured musicians. Hawkins also fronts Chevy Metal, a high-profile cover band that regularly tours clubs and festivals, while also welcoming some legendary surprise guests.

Hawkins is set to complete a new Foo Fighters album for 2020, too. Grohl said the process would begin this month. Their last scheduled tour stop of 2019 is a headlining set in December at the Intersect Festival in Las Vegas.