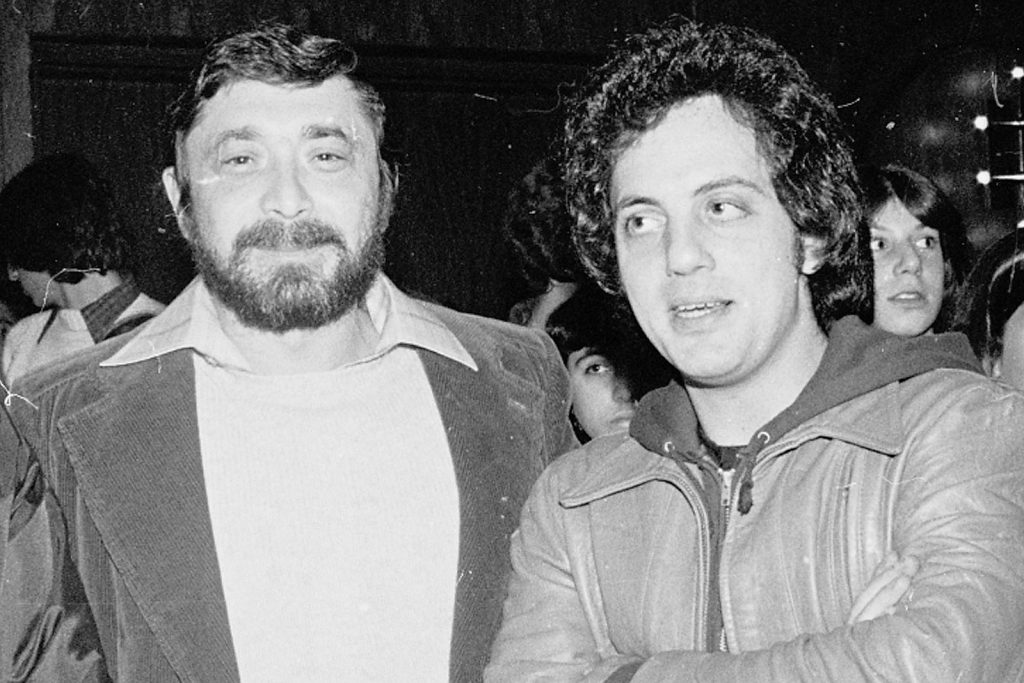 Walter Yetnikoff, the former president and CEO of CBS Records from 1975-90, died Sunday, three days before his 88th birthday. A cause of death has not been announced.

Born in New York, Yetnikoff grew up in the predominately Jewish neighborhood of Brownsville in Brooklyn, where he experienced an abusive childhood at the hands of his father. “He would kick me in the street when I was five years old, and I thought that was normal,” Yetnikoff told The New York Times in 2004. He graduated from nearby Brooklyn College in 1953 and then entered Columbia Law School, where he was editor of the Columbia Law Review. After earning a law degree, he served in the U.S. Army in Cold War-era West Germany; upon his discharge, he began working for the law firm Rosenman, Colin, Kaye, Petschek and Freund, which represented CBS and its chief executive, William S. Paley.

A few years later, Yetnikoff, at the direction of his former Rosenman colleague Clive Davis, became a staff attorney at CBS. In 1968, he and Harvey Schein worked to form CBS/Sony, a successful Japanese joint venture operated by Akio Morita and Norio Ohga. (Sony would eventually acquire CBS in 1988 in a highly lucrative deal.) Yetnikoff was named president of CBS Records International in 1971, a position he maintained for four years, before becoming president and CEO of CBS Records in 1975.

From there, Yetnikoff’s career and influence exploded. He immediately signed multimillion-dollar deals with James Taylor and the Beach Boys, and by the end of the decade had persuaded Michael Jackson and Paul McCartney to also sign with the label. Under Yetnikoff, McCartney collaborated with Stevie Wonder for the 1982 hit “Ebony and Ivory,” which appeared on McCartney’s Tug of War album. Several successful Jackson-McCartney collaborations came next: 1982’s “The Girl Is Mine,” which appeared on Thriller, and “Say Say Say,” a George Martin-produced song that served as the lead single to McCartney’s 1983 album Pipes of Peace. Yetnikoff was also involved in the prosperous careers of Barbra Streisand, Cyndi Lauper, Bruce Springsteen and Bob Dylan.

As his stature in the industry rose, Yetnikoff surrounded himself with a circle of famous rock friends; Mick Jagger, Billy Joel, Christie Brinkley and Ahmet Ertegun, the cofounder of Atlantic Records, all attended his 50th birthday party. “In my years with CBS,” Jackson once said of Yetnikoff, “he’s encouraged me to be my own man and to do the things that had to be done the way I had to do them.” Jackson’s video for “Billie Jean” broke down the color barriers on MTV, but only after Yentikoff forced the network to play it.

Over the years, Yetnikoff developed a reputation for backing his artists’ best interests, even though his actions sometimes backfired on him. In the 2010 Joel documentary, The Last Play at Shea, Yetnikoff, who helped the singer-songwriter reacquire his publishing rights, recalled physically threatening Joel’s former manager Artie Ripp in order to get the deal done.

It was this kind of combative behavior that led some CBS artists to reconsider their relationship with the label. Yetnikoff, who admitted in interviews to issues with alcoholism, resigned from CBS in 1990, following tumultuous exchanges between himself and the new owners of the company. It was around this time that several of the artists Yetnikoff had worked with, including Springsteen and Jackson, began voicing their displeasure with Yetnikoff. (Jackson allegedly requested a renegotiation of his contract, and Springsteen came close to leaving CBS entirely.)

“I produced Born in the U.S.A.,” Yetnikoff told Rolling Stone in a 1988 interview. “He didn’t give me credit. I also wrote most of the songs. … I’ve given him my opinion. You know what? He’ll do what he wants. I cannot tell Bruce Springsteen how to record.”

After an unsuccessful attempt at his own label, Velvel Records, Yetnikoff focused on his sobriety and turned toward writing. Initially prompted in the late ’80s by Jacqueline Kennedy, who was then an editor at Doubleday, Yetnikoff wrote and published a memoir, Howling at the Moon: The Odyssey of a Monstrous Music Mogul in an Age of Excess, in 2004.

Yetnikoff is survived by his wife and sons.