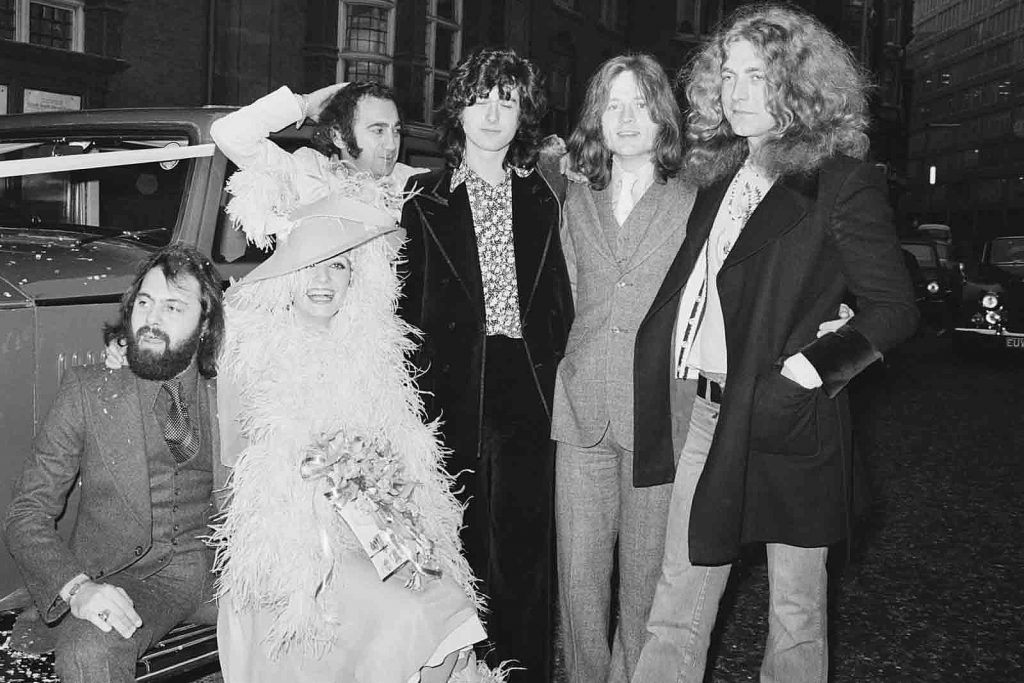 Richard Cole, Led Zeppelin‘s longtime tour manager, has died at the age of 75, reportedly after a long illness.

Zeppelin singer Robert Plant paid tribute to his former associate on Twitter, sharing a blurry photo of the two and writing, “Farewell Ricardo … sadly no more tall tales … brave to the end.”

Born on Jan. 2, 1946, Cole cut his teeth in the live music business while he was still a teenager, working for the Who, the New Vaudeville Band and Vanilla Fudge in the mid-’60s. He became Led Zeppelin’s tour manager in 1968 after contacting their manager Peter Grant, whom he met when Grant was managing the New Vaudeville Band.

Cole reshaped the live-music industry for English bands touring the United States. He normalized the practice of touring bands bringing their own gear and crew overseas, rather than renting gear and hiring an American crew, as was customary at the time.

“I fucking reorganized that very sharply,” Cole said in Stephen Davis’ controversial 1985 Led Zeppelin biography, Hammer of the Gods. “I said, ‘Fuck that. Let’s take our own equipment over there, what we’re used to working on.'”

Cole’s substance abuse issues escalated throughout his tenure with Led Zeppelin, and he was dismissed as tour manager ahead of the band’s final European tour in 1980. He published his own book, Stairway to Heaven: Led Zeppelin Uncensored, in 1992. The unauthorized and salacious account drew the ire of the band members, who accused their former tour manager of exaggerating their debauched activities.

“There’s a book written by our former road manager, Richard Cole, that has made me completely ill,” guitarist Jimmy Page told Guitar World in 1993. “I’m so mad about it that I can’t even bring myself to read the whole thing. The two bits that I have read are so ridiculously false that I’m sure if I read the rest, I’d be able to sue Cole and the publishers. But it would be so painful to read that it wouldn’t be worth it.”

Despite this animosity, the surviving members of Led Zeppelin eventually made amends with Cole, and he was invited to several high-profile events, including their 2007 reunion show and the Celebration Day film premiere in 2012.