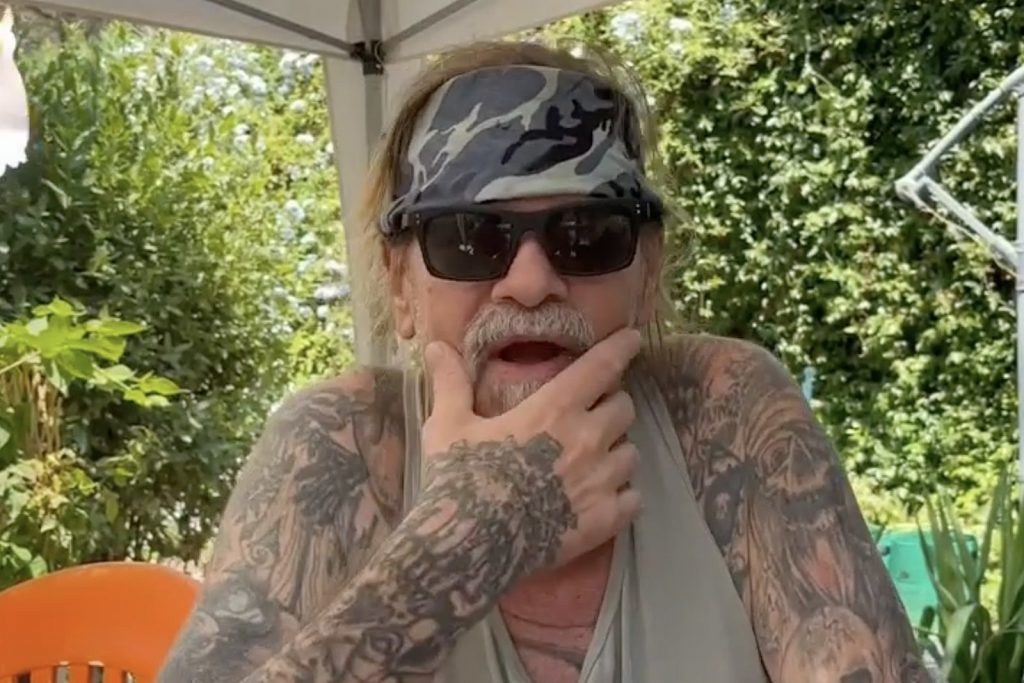 Former W.A.S.P. guitarist Chris Holmes revealed he’s been given the all-clear from his cancer specialist.

Holmes announced in February that he’d been diagnosed with a treatable form of the disease in his neck and throat and was preparing for a seven-week treatment program. Last month he let fans know he was still feeling “weak” after the treatment, but that he was hoping to tour in September even though he wouldn’t feel completely back to normal.

In a new video, available below, Holmes said: “I went to the hospital last Monday. They did an MRI on my neck, and it’s been three months since the last radiation I had. … I went back Wednesday and they looked at the MRI and the doctor told me that the cancer is gone, which is a positive thing.”

He continued: “I’m glad the kind of cancer I had is treatable. A lot of cancer isn’t. Anyway, as of now, I’m still suffering from all the radiation that was done to my neck. I still can’t taste anything. It’ll probably take six months from right now till my neck’s back to normal.”

Holmes explained that he’d been incoherent in his June update because he’d only recently stopped taking the morphine prescribed for him. “The comedown off the morphine was radical,” he said. “I’d never been through anything like that in my life. You can sleep only an hour a night and then you’re up, and your brain ain’t working right.” He added: “I really feel sorry for what heroin addicts go through, man.”

Estimating that he felt “probably 65, 70 percent” healthy, Holmes added: “By next September… I’m supposed to be touring in Canada. Finally, after three years. … I’ll be in Canada tearing it up, so be there!”