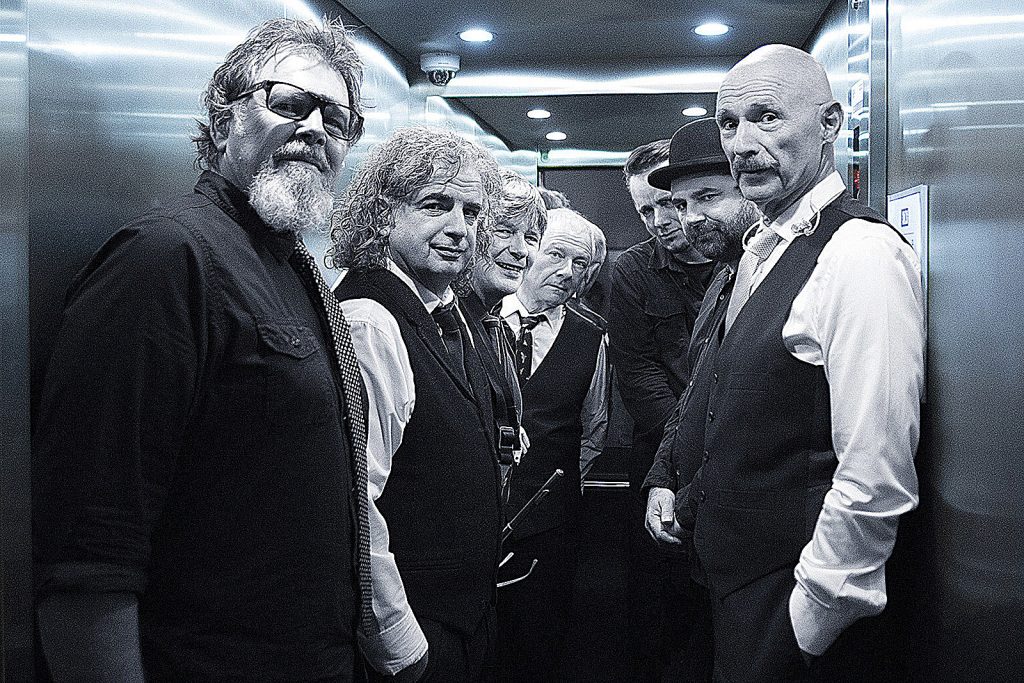 Gavin Harrison says it’s a “tough question” when asked what the future holds for King Crimson.

A cryptic comment that leader Robert Fripp posted immediately after their final booked show in Japan last December led to speculation about whether the band was finished. He called that day “a significant moment in time as King Crimson ‘moved from sound to silence.'” The dates were also part of a run dubbed the “Completion Tour.”

Still, Harrison argued that there was another way to interpret the situation.

“Robert looks at things in a different way to the normal person,” the drummer tells Metal Injection. “He looks at things in actually very interesting ways of doing things. The band disbanded at the end of 2008. I heard nothing from Robert until 2013, and he said ‘I’ve got this idea for a project for the band. It includes three drummers at the front of the stage. The rest of the guys will be behind on a riser.’ He could see it all in his mind and the project in Robert’s mind lasted from 2013 [until it] completed in Japan in 2021.”

Still, Harrison added, “that doesn’t necessarily mean that’s the end. It’s just we achieved what we set out to achieve. That project completed itself. Now, whether it needs reiteration or it needs to come back or a new King Crimson comes back or King Crimson never comes back, all those things are possible. To just say, ‘Oh, the band’s over,’ doesn’t really fit the way Robert thinks.”

Harrison said he wasn’t trying to “skirt the question,” even if it seemed like it. “I don’t know whether that was really the last time King Crimson played,” he emphasized. “It did feel a bit like that when we were there, because we knew there were no more projected dates. Normally when we finish a tour, we already know in 18 months time we’re going to go to the States, we’re going to go to South America, we’re around Europe or whatever. … There were no further plans past 2021, and Robert said, ‘This band, it’s reached a completion.’”

He hailed Fripp’s “beautiful” way of thinking, adding: “King Crimson, it’s always been King Crimson – but it hasn’t always been the same people. It’s a sort of idealism in a way that I’ve never experienced with any other band. Most other bands are pretty black and white: We’re finished or we’re starting, or it’s off or it’s on.