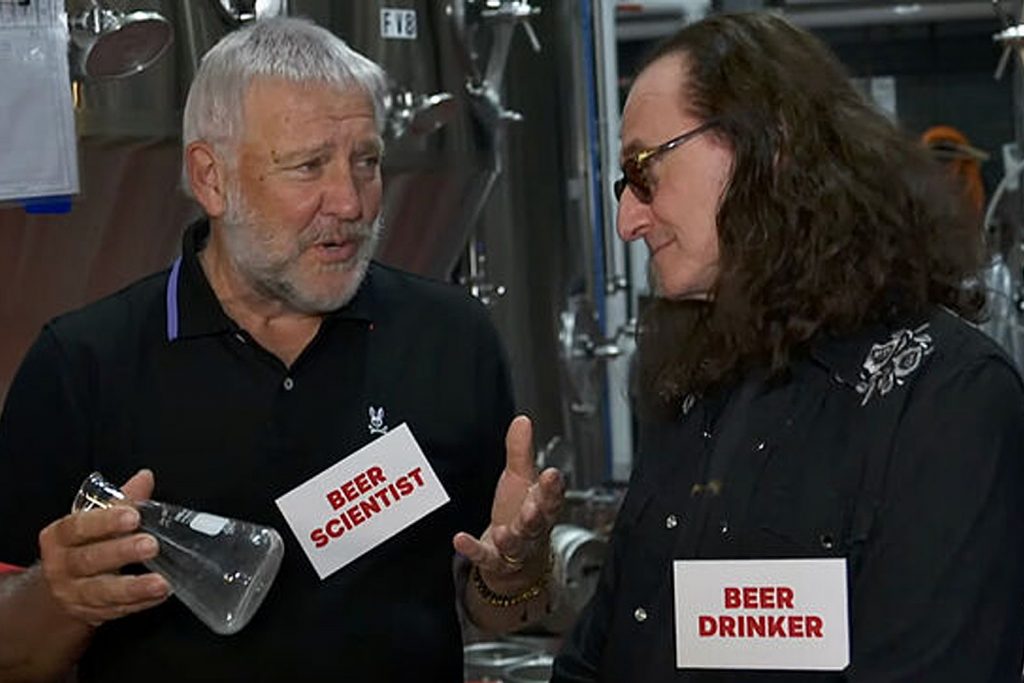 Lifeson appears as a “Beer Scientist” in the clip, which you can watch below. He’s tasked with educating Lee, the “Beer Drinker,” on the process: “Typically, when I’m at the brewery doing experiments, I put it down here and I turn this nozzle here,” Lifeson says, filling his beaker.

“Nozzle,” Lee replies, with interest. “Nozzle, I think, is a fantastic word,” Lifeson exclaims with a serious face, his eyes twinkling.

They are clearly having a lot of fun throughout the video, laughing and joking while cryptically sharing only a few other details.

“How much beer does this factory of beer make?” Lee asks. “Well, brewery is the proper term we use in the science community,” Lifeson corrects, going on to note that the pair tried “20 different beers” before settling on three.

Henderson used all Canadian ingredients to make the new Rush-themed ale, which is set to arrive on Aug. 30; there’s also a companion shirt. (“This tee will not get you drunk,” the product description helpfully reminds, “but you can get drunk in it.”) No word yet on whether they intend to eventually make room in the product line for a Lime Lite Ale.