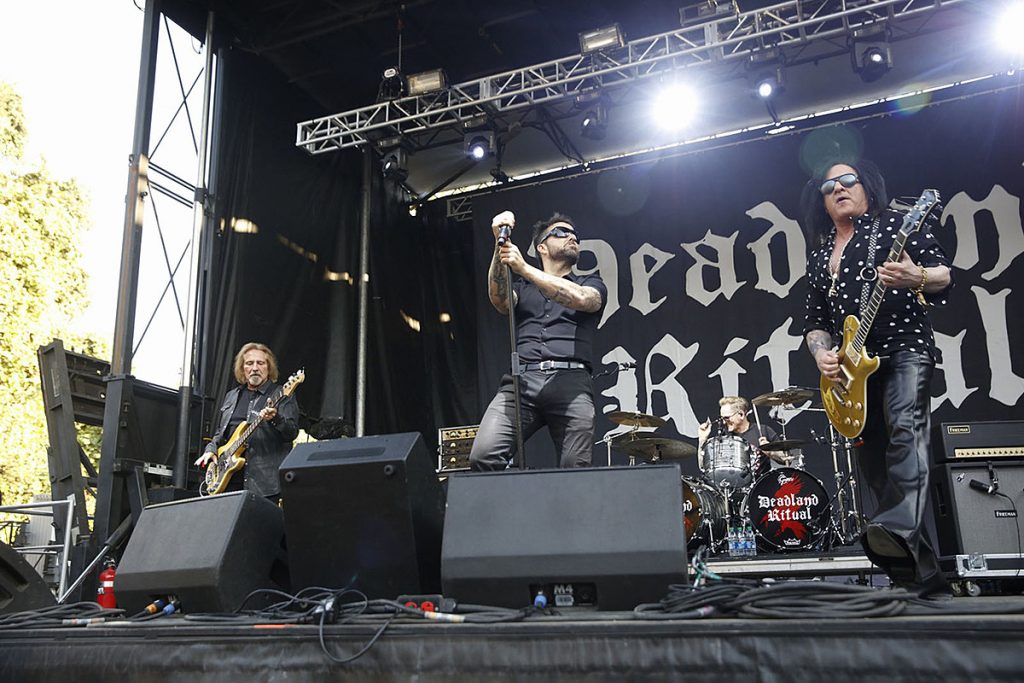 You can see exclusive pictures from the performance below, as well as their set list.

Singer Franky Perez led Deadland Ritual through a set that was nearly half comprised of songs from Butler’s famous former band. The newly established group opened with “Symptom of the Universe,” closed with “War Pigs” and even found time for a Ronnie James Dio-era Sabbath gem, “Neon Knights.”

Stevens’ main gig was represented with “Rebel Yell” and Sorum’s time in Velvet Revolver with “Slither.” They also performed several original songs, including recent singles “Down in Flames” and “Broken and Bruised.”

The band is in the midst of making their debut album. “We’ve got three songs recorded already, produced by Greg Fidelman who engineered the last Sabbath album, 13,” Butler recently told Classic Rock. “Then there’s another nine songs we’ve written together. The material is less bluesy than ‘Down In Flames’ and not really what you’d class as heavy metal. It’s not like a modern heavy band, like thrash and all that stuff. I think it’s more like the old Sabbath kind of hard rock.”