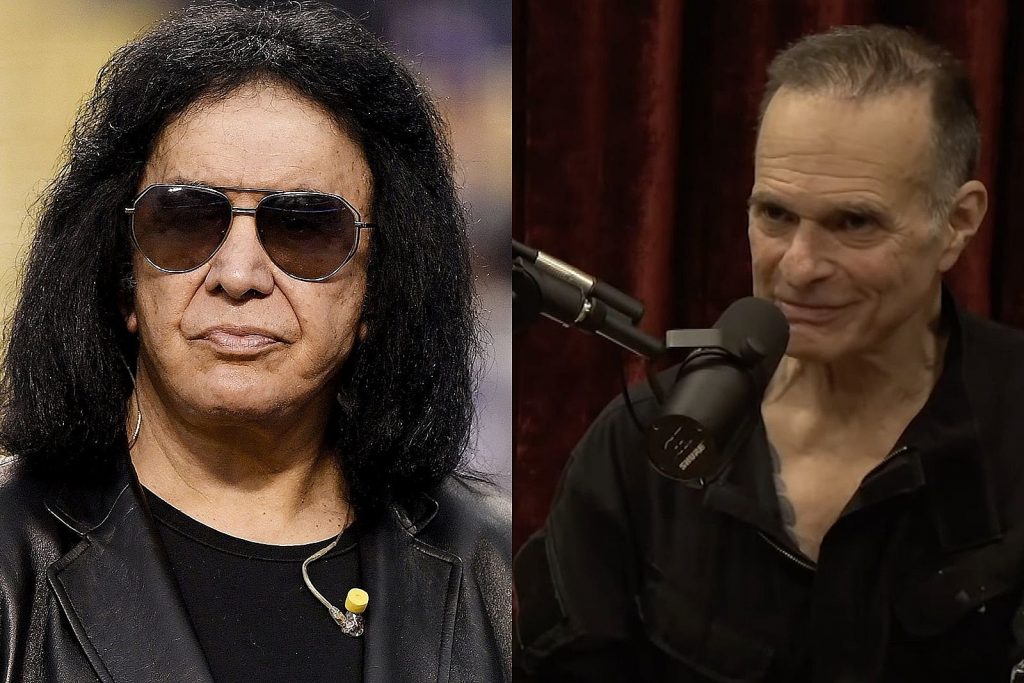 Kiss cofounder Gene Simmons has apologized to former Van Halen singer David Lee Roth for comments made in a recent Rolling Stone interview. Simmons said he is “ashamed” for having hurt Roth’s feelings.

When asked whether or not Roth would once again be opening for Kiss on the band’s current tour, Simmons said the singer would not be joining them on the road. He then implied that Roth was no longer the artist he once was.

“It bears noting that during Dave’s heyday, nobody did what he did,” Simmons said, “He was the ultimate frontman. Not [Robert] Plant, not Rod Stewart, nobody. He took being a frontman way beyond anything. And then, I don’t know what happened to him… something. And you get modern-day Dave. I prefer to remember Elvis Presley in his prime. Sneering lips, back in Memphis, you know, doing all that. I don’t want to think of bloated naked Elvis on the bathroom floor.”

In response, Roth posted 18 identical photos of a child wearing sunglasses and raising his middle finger with the caption “Roth to Simmons.”

Speaking with Us Weekly, Simmons said he was sorry and that he had never intended to insult Roth. He also noted that, by contrast, he had seen Van Halen at a club in the ’70s, signed them to his own production company and produced some of their first work.

“I read that quote, and somehow the way they put it together … ,” Simmons explained. “I think I said something like, ‘Nobody touched David in his prime — not Robert Plant, not [Mick] Jagger, not anybody. … He was the king.’ And then somehow there was a segue to Elvis bloated on the ground and fat and naked, and I don’t wanna see that. I wasn’t talking about David, but that doesn’t matter. What matters is I hurt David’s feelings, and that’s more important than the intent. So I sincerely apologize for that. I didn’t mean to hurt his feelings. It reminds me of the guy that gets out of a truck and says, ‘Hey, I’m sorry, buddy. I didn’t mean to run you over.’ Well, what the fuck’s the difference? You’ve been run over.”

You can watch Simmons’ apology below.