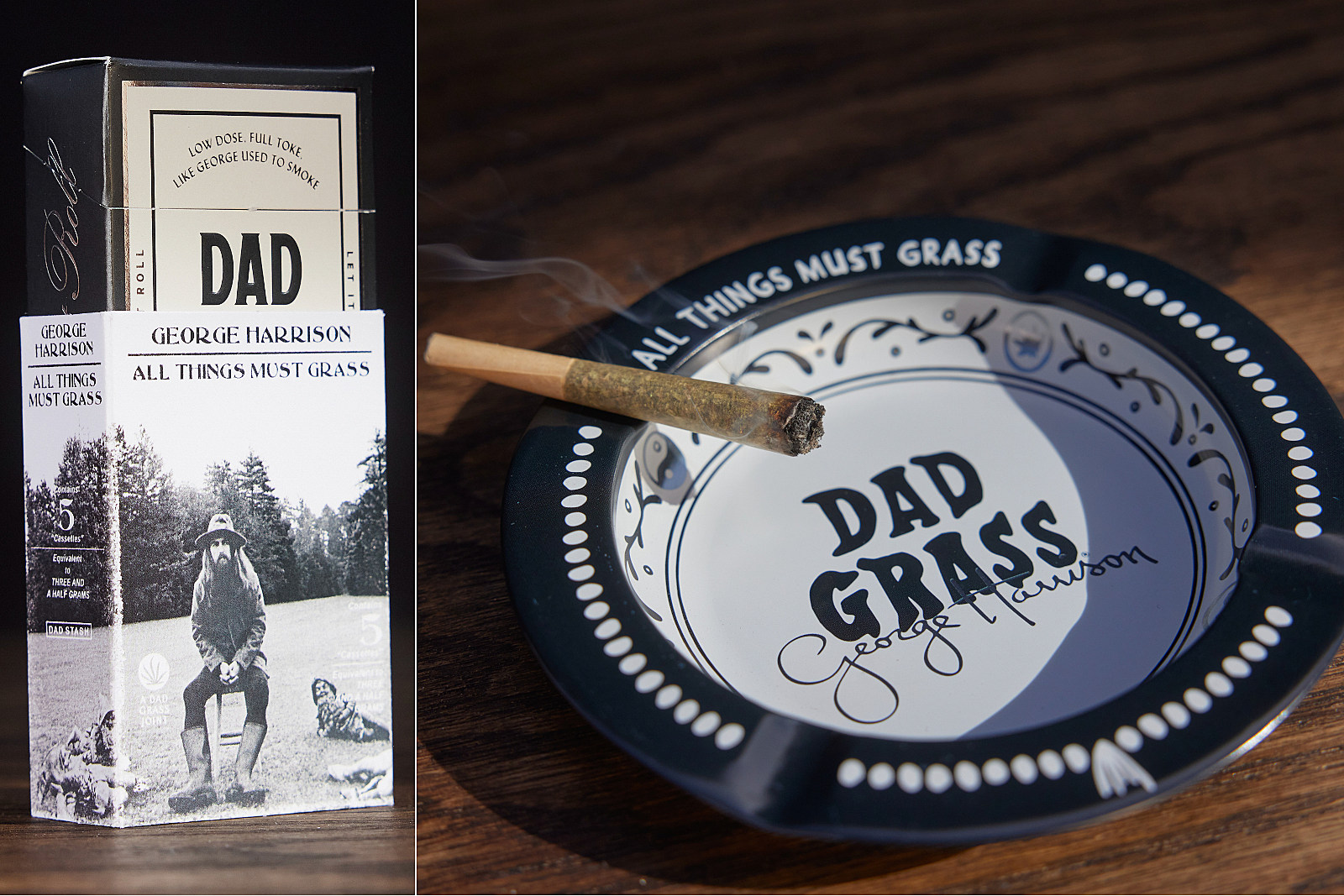 In honor of George Harrison’s classic 1970 album, All Things Must Pass, cannabis company Dad Grass has announced a special line of products called All Things Must Grass.

The collection includes pre-rolled joints, paraphernalia such as rolling papers and a rolling tray and further collectibles like posters, buttons, pins, matches and stickers. There’s even a special Dad Stash edition that disguises the pack of joints to look like an All Things Must Pass double cassette box. All Things Must Grass is a collaboration with Harrison’s estate, marking the first cannabis partnership for any of the Beatles.

In a press release, Dad Grass noted that the joints are crafted from a mix of organic CBD and CBG hemp: “This peaceful balance of the two most enlightening cannabinoids, CBD for physical harmony and CBG for mental clarity, serves as an ode to George’s mystic blend of cultures, styles and times.”

“We’d like to think that if George was still ‘drinking his tea’ today, he’d shy away from the high-test blow-your-mind weed that the kids are into and opt for something mellower, something like the specially blended CBD and CBG hemp joints we’ve rolled up in his honor,” added Ben Starmer, cofounder and CEO of Dad Grass.

The Beatles were famously advocates of marijuana, using the drug regularly in the ‘60s and beyond. Exactly how they were first exposed to cannabis has been debated – some have said it happened during their early days in Hamburg; others subscribe to the tale that Bob Dylan gave them their first joint. Regardless, the Fab Four credited cannabis for helping to open their minds, with Harrison once declaring that marijuana “focuses your attention better on the music, and so, you can hear it clearer. You can see things, or ya know, you could see things much different.”

The All Things Must Grass collection is available for purchase now and is federally legal in all 50 states. Images of the products can be found below.