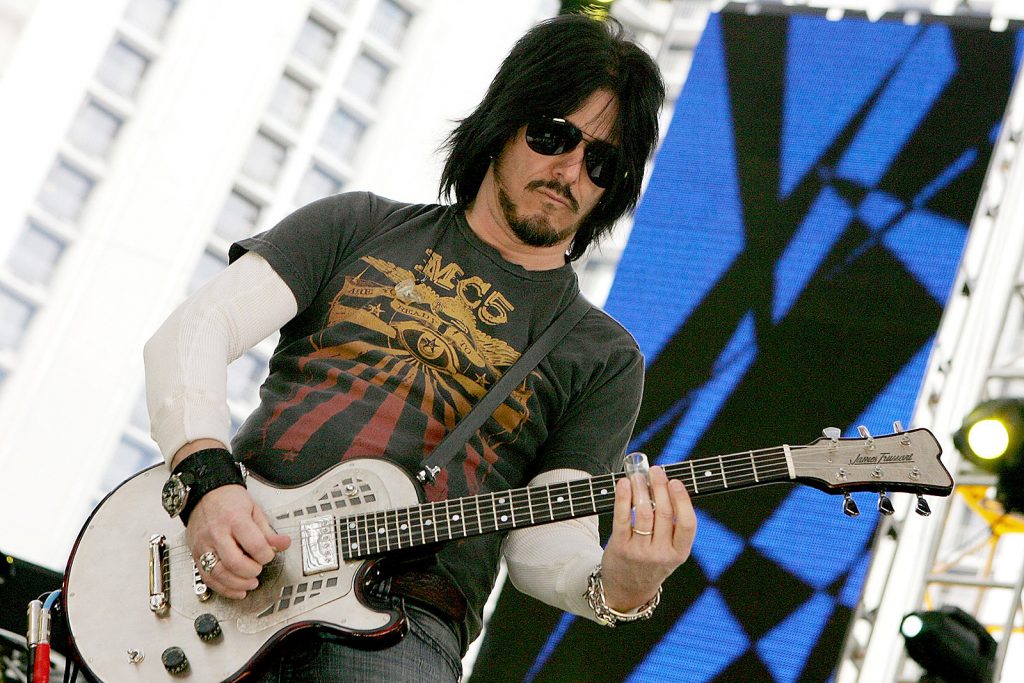 Replacing Izzy Stradlin in 1991, Clarke had seven days to prepare before his stage debut during the Use Your Illusion tour.

“They told me on a Monday that ‘you have the gig,’” Clarke told the SDR Show in the video below. “And the next week we were flying to Boston for our first show. I literally had a week – and remember, this is before YouTube. I was glued to their records with the headphones on, trying to learn the catalog.”

He worked hard but encountered a challenge over the track “Estranged,” which he described as a “really long ballad piece.” He continued, “[I]f you listen to it, it’s kind of one-dimensional guitar-wise; it really just features Slash. So I was listening to it, and I really couldn’t figure out what I should do in that song.”

He decided to ask keyboardist Dizzy Reed for help. “I go, ‘Hey, man, can you sit down with me, and let’s work on ‘Estranged’? I just wanna kind of figure it out,” he recalled.’ “And he goes, ‘Oh, well, here’s the music book.’ And he handed me the music book. And I went, ‘There’s a music book? I just spent a week learning every note by ear when I could have just grabbed the freakin’ music book!’ I mean, I read charts. It would have taken me an hour.”

He noted, “I was a little pissed off that I didn’t ask. […] They could have offered it to me.”

Clarke was asked about his absence from Guns N’ Roses’ reunion tour, confirming that he’d only ever been asked to make a single guest appearance in 2016. “And it just happened to be the day that I was in Chicago with my daughter,” he explained. “Her band was playing Lollapalooza, and I’m actually her roadie. […] [I]t was just bad timing. I just said, ‘Look, I think it’s a great idea. I’m up for it. I just can’t do it today.’ […] And I never heard back from them after I said that.”