‘Girl From the North Country’ Returns to Broadway: Interview 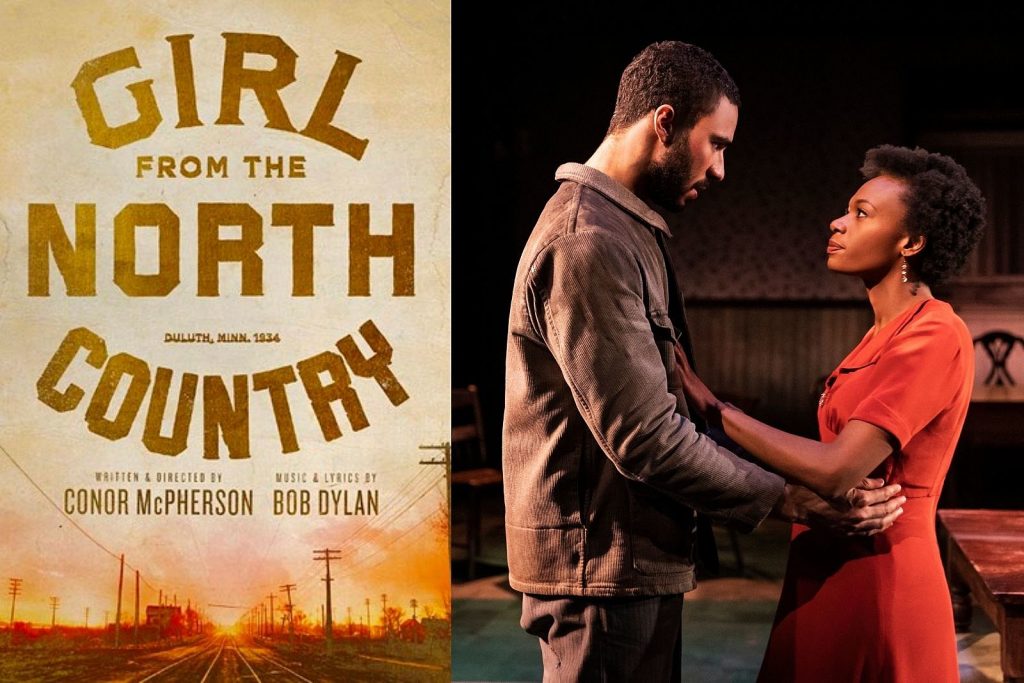 Bob Dylan is famous for rearranging his classics — shifting their structures, editing their language and placing them in new contexts. Twenty Dylan songs were revised in 2017 when they were adapted for Girl From the North Country, a Broadway musical written and directed by playwright Conor McPherson.

The show is set in Dylan’s birthplace of Duluth, Minn., in 1934 amid the Great Depression. A guesthouse run by Nick Laine (Jay O. Sanders) sees its share of drifters, locals and just about everything in between as it tries to make ends meet. Laine’s wife, Elizabeth, struggles with mental illness, his son Gene wrestles with bouts of alcoholism and his adopted Black daughter Marianne is five months pregnant. A host of other characters weave in and out of the plot, including a down-on-his-luck boxer, Joe Scott (Austin Scott), who stumbles into town in the middle of a storm. Through it all is Dylan’s music, culled from nearly every decade of his catalog, ranging from the ’60s through the material found on 2012’s Tempest.

Girl From the North Country opened at the Belasco Theatre in New York on March 5, 2020, exactly one week before Broadway theaters closed due to the COVID-19 pandemic. They resumed performances in the fall of 2021 but closed again at the end of January as coronavirus case numbers rose. The show is now set to reopen for a limited engagement running from April 29 through June 11.

Kimber Elayne Sprawl, who portrays Marianne Laine in the production, talks to UCR about her favorite music from the show and getting back onstage.

You’ve been a member of this cast since 2018, so you’ve had a lot of time to dig into this production.
Absolutely, yeah. Because the work is so deep and we have Bob Dylan’s words mixed with Conor [McPherson], it’s just — I keep growing because there’s just so much to explore within the text. I feel like I always get to expand every time we revisit it, which now will be the fourth time.

What was your relationship with Bob Dylan and his music before you started performing in this show? Was he on your radar much?
He wasn’t on my radar in a direct sense, but once I started to explore his work, I realized how ubiquitous his work was. Like the song from Forrest Gump, “Blowin’ in the Wind,” was one of my favorite songs growing up, and the song he wrote that Adele covered [“Make You Feel My Love”]. … So even before I knew who he was and what he represented, yeah, I was a fan without even realizing it.

When you first learned that there was an entire Broadway show using the music of Dylan, what did you think?
I was introduced to the show the other way around — I was introduced to the script. And I remember getting the script, reading Conor’s play, and just being so enthralled with it, and then I read Bob Dylan’s lyrics — it just totally, seamlessly intertwines each other and complements each other. … And it’s not about Bob Dylan, per se, it’s not about his story. It’s Duluth, Minn., 1934, Great Depression — it’s a story about American survival. So I instantly connected to it. And I knew that if audience members sat in the seats, they would be able to connect to it, too, because it’s so universal.

I was thinking about that when I saw the show. There are a lot of themes – family, community, grief, loss – that are so pertinent right now given the pandemic and everything else.
Oh, absolutely, yeah. And I think it keeps revealing itself to be so poignant in our lives and in the generations before and after us.

In terms of the music, did you and the rest of the cast spend much time listening to the original recorded versions of these songs before rehearsing them?
Yeah, we did. I think we all kind of went down our Bob Dylan rabbit hole. … I have a vinyl, so I went down to the West Village and collected quite a few, that was like my opening-night gift to people. I think one, we wanted to put our own kind of flavor and heart and influence into his music, but you always have to start with the origin and understand what that means, and then from there kind of build from what Bob Dylan created. It was just such a great foundation. I mostly studied his lyrics, he’s a philosophical genius, and being able to just kind of dive into his poetry and apply it to my life, apply it to my character Marianne Laine’s life. I was just always trying to discover something new within his text.

Is there a particular lyric then that’s stuck with you?
So many. I’ll just tell you the one that’s on my mind at this moment, because like I said, throughout the years, I’ve learned something new, just at every turn. But I remember when we were closing the show this past time in January, and Marc Kudisch sings a song, “Is Your Love in Vain?,” along with Luba Mason. And I always used to think that whoever’s singing that song is saying it to the other person, like, “Your love is in vain.” But it really resonated with me, because I was going through something personal with family, and I realized that if people don’t meet my expectations that I’m very quick to kind of, like, close them off, or take my space and everything. And in that moment I realized … how conditional my love can be.

Do you have a favorite song in the show to perform?
It varies. I’m so sweet on Marianne, I’m so sweet on her story, so I always love to sing [“Tight Connection to My Heart (Has Anybody Seen My Love)”]. I love “Hurricane” because it’s a big party with the whole cast, and we’re dancing and we’re celebrating life together. … I also love “Pressing On” when we come together at the end. It’s a gospel number that gives us clarity and levity. All the songs are amazing, they just are. They take you to another space, they take you to another time in your life. I love it because the songs don’t directly align with the plot, in a sense, you’re able to kind of just explore it on your own.

At points in this show, the cast plays instruments onstage — tambourines, pianos, drums. Was that something you’d ever done in a show before?
That was my first time and I remember not originally being assigned the tambourine. … Caitlin Houlihan was assigned to the tambourine at first, and she just couldn’t get the rhythm … and Conor, he’s such a sweetheart and didn’t want to offend her, but he was just like, “Uh, let’s have other people play around with these instruments.” … That’s kind of how I was gifted the tambourine. … And our band is onstage with us, they’re in the back, which is not traditional. Usually, you can see the music director, but we’re kind of leading the music at some point. So I remember there would be points in rehearsal where we just couldn’t get in sync and Conor would just kind of look at me to drive that and be the glue to keep some of the tempos together. That’s when he started calling me “Kimbourine.”

Rehearsals just started back up. How’s it going so far?
I’m excited to see what reveals itself this time around. …  It’s always been a special show. I’ve been in love with this show since I was first introduced to it, and I know most of the cast can say the same thing. We never take for granted the opportunity to be back at the Belasco, to be back on Broadway, to be in front of audiences again.